What Does It Look Like to Embody Gospel-Shaped Power?
Ed Stetzer 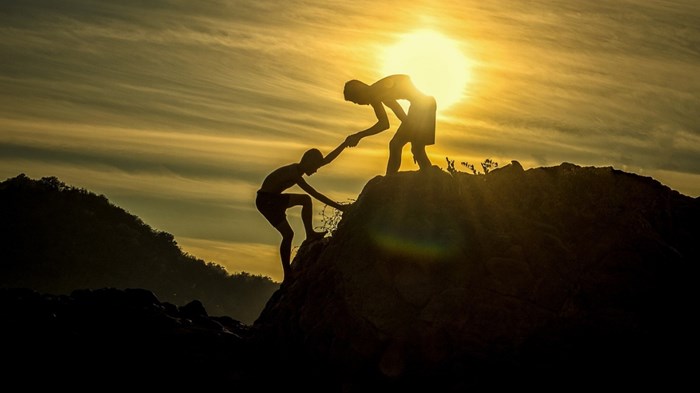 Image: Pixabay/sasint
In this short series, I’ve briefly addressed recovering a biblical understanding of power as well as how the better way of Jesus helps us guard against the abuse and misuse of power. Here you can view Part 1, Part 2, and Part 3.

In this final post, I want to address practical ways pastors and church leaders can properly and biblically use power to help foster healthy churches and communities.

I suggest five key elements you can implement.

If the church structure does not have pastoral accountability, we need to question that structure, regardless of denomination or ecclesiological association. Good pastors recognize the need for accountability and their own tendency towards brokenness and sin.

Godly pastors with developed heart character long to shepherd well and want to mitigate their own sin so it does not run amuck and damage the church. They are thoughtful, careful, and they structure churches with pastoral accountability. If you want to be a good pastor, structure your church so your decisions are held accountable.

I can offer some personal experience on this point specifically. I have a boss; her name is Margaret Diddams, and she is the Wheaton College Provost, the college’s Chief Academic Officer. She can and has called me out and shut me down, because she's my boss. We all need someone like that.

However, the reality is that most pastors don't have an identified group of people who actually hold them accountable. And the accountability must be fostered and received. For instance, pastors should want to surround themselves with leaders who are willing to tell them “No” to protect them from blind spots and for the overall health and direction of the organization.

If you have a group of leaders surrounding you who never tell you "No," then you don't have leaders; you have people who think you're awesome and who ultimately are just a part of the power structure.

Put another way, if your elders never tell you, “No,” you don’t have elders; you have cheerleaders.

Third, be a leader who will submit, engage, share, develop, and listen.

We also set ourselves up to use power well when we submit to authority, engage others as our honest self, share decision-making power with others, develop peers, and listen to everyone. This is one of the reasons so many descriptions of pastoral requirements in the Scriptures are about character.

Ultimately, the misuse and abuse of power comes when we seek ultimate control. When we want supreme control over a situation, we tend to isolate ourselves, consolidate the circle, and silence opposing voices. Or when we want ultimate control over a person or people, we can find ourselves being domineering, intimidating, and forceful. When we have control issues and we work from the flesh—not the Spirit—we set ourselves up to abuse God-given power.

This is key. God gives us power to protect those who don’t have it, and that needs to be a first priority.

When there's an accusation, such as a child abuse report, don't try to control the situation. Controlling the situation is an inappropriate response and an abuse of power.

Don't protect the institution, protect the innocent. In doing so, you don't allow inappropriately exercised power to undermine the safety of our congregants.

Sixth, speak up for the powerless.

Power matters, and it matters that we use it well. Good leaders recognize those without power. The systems around us make it possible and even likely to abuse power at the expense of the powerless and the voiceless. This is why Jesus begins His earthly ministry by reading from Isaiah:

And he came to Nazareth, where he had been brought up. And as was his custom, he went to the synagogue on the Sabbath day, and he stood up to read. And the scroll of the prophet Isaiah was given to him. He unrolled the scroll and found the place where it was written, “The Spirit of the Lord is upon me, because he has anointed me to proclaim good news to the poor. He has sent me to proclaim liberty to the captives and recovering of sight to the blind, to set at liberty those who are oppressed, to proclaim the year of the Lord's favor.” And he rolled up the scroll and gave it back to the attendant and sat down. And the eyes of all in the synagogue were fixed on him. And he began to say to them, “Today this Scripture has been fulfilled in your hearing.” (Luke 4:16-21)

Jesus speaks a message of hope to people at the margins: the captives, the blind, the oppressed. When we use our power and influence to keep people away so we can continue to look our best rather than to say, "How can I minister to the hurting?", we are not living in step with the gospel.

Don't let speaking the truth to the church be the problem. Let it be the solution. When we rush to the hurting, we look more like Jesus and join him on his mission.

We can't have a conversation about safe churches without having a conversation about accountable pastors. I hope we'll take that seriously and walk on a journey that ultimately ends in the spiritual health of pastors and the overall health of churches. We want healthy pastors who are accountable within healthy structures and serve their churches for the glory of God.