Too many Christians fail to consider the propensity leaders have to abuse power.
Ed Stetzer 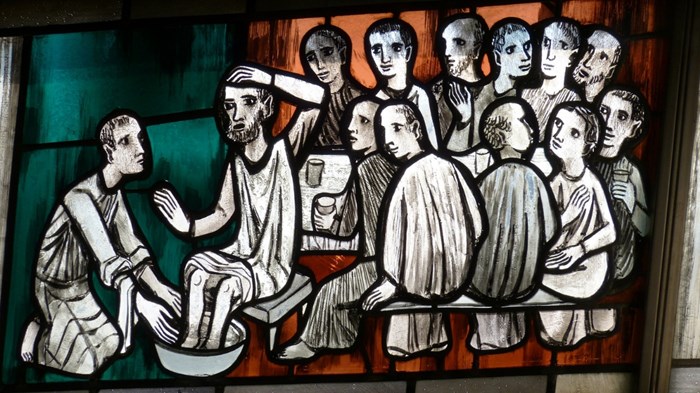 James, the half-brother of Jesus, writes, “Anyone, then, who knows the good he ought to do and doesn’t do it, sins” (James 4:17). Applying Andy Crouch’s definition of power—the ability to make something of the world—to this verse would suggest that those who know what they should do (or refrain from doing) in order to make something better of the world for the glory of God and the good of others but fail to do it, would succumb to sin.

In other words, failing to do the right thing in the context of using power—making something better of the world—would be a good description of the “abuse of power.”

In short, abusing power is sin.

All are about the abuse of power; how the abuse is manifested is different depending on the person abusing the power and the local situation.

But Jesus and the gospel show us the better, more godly way to keep from being consumed by power, to wield power through the ministry of the towel—serving others.

Jesus, after washing the disciples feet, turns and tells them, “Now that I, your Lord and teacher, have washed your feet, you also should wash one another’s feet” (John 13:14).

The Apostle Paul captured such a humble posture of sacrificial service when he penned,

Your attitude should be the same as that of Christ Jesus: Who being in very nature God did not consider equality with God something to be grasped, but made himself nothing, taking the very nature of a servant being made in human likeness. (Phil. 2:5–7)

In Part 1 of this series, I mentioned the scope of power, that power can be and is used for good as well as bad.

As pastors, following the footsteps of Jesus, we are called to lead and serve, not to lord and abuse. We all know this, which is why it bothers us so much when we see distortions of the biblical models of pastors as servant leaders.

Recognize the power of the Fall

Power was distorted in the Fall.

In Genesis, God gave the responsibility and power of caring for creation to Adam and Eve, and they were originally designed to wield power and authority over creation in love, care, and peace.

But the reality is that the Fall happened. Sin entered the world. Power was abused. And, abusers come to power.

The Fall was real, and it has real consequences on how power is wielded.

Now, instead of power being wielded for good, it is often abused. And it is not as if we are not co-conspirators in this. We are not swept away by the Fall as unwitting participants, but we participate in this fractured and broken reality. In fact, we are born broken and then as we move through the stages of life, we exercise that brokenness willingly.

While we know something is wrong, there’s this element of sin and power that pleases us—at least for a moment. The engagement and exercise of sin and brokenness not only manifests itself in our actions, but also in the systems we create.

And those systems perpetuate the power that ultimately undermines the servanthood of the pastoral office.

Therefore, even for believers, sin and evil still exist—and we are naive not to see that sin and evil would impact people with power, pastors included.

The propensity toward abusing power

Thus, there remains the potentiality—and even to a degree, the propensity—for those in leadership, including church leaders, to misuse and abuse power. It happens at mission agencies, campus ministries, Christian camps, local churches, Wheaton College, and many more places.

We have to plan in accordance with the reality that the Fall was real and power will be misused if unchecked.

How many times and places are we warned of this? The Founding Fathers created checks and balances in government because they knew that government leaders would abuse power. The business world publishes books about how to deal with toxic leaders. Every day, someone is on the news for taking advantage of someone else.

But, regrettably, some Christians thought that it would not apply to the church.

Perhaps the last few years have taught us better, but since such abuse keeps happening, we need to be reminded again.

Naivety is not a virtue

We must not be naive.

Naivety is not a virtue.

Pastors can be abusers, and they are empowered in their abuse when people don't have a proper understanding of power and have chosen not to address the foundational and systemic issues of abuse that plague the Bride of Christ.

As John Stott explained, "Leaders have power, but power is safe only in the hands of those who humble themselves to serve.”

And, we don’t naturally humble ourselves— pastors included.

Furthermore, many pastors don't start out being inappropriate users of power, but can quickly do those very things, because at some point they succumb to the temptation that power always offers.

When thinking of the word predator, the animal kingdom comes to mind. In fact, the Bible uses such imagery. Both Jesus and Paul warn the church about predators—wolves being among the sheep.

"Watch out for false prophets. They come to you in sheep's clothing, but inwardly they are ferocious wolves. By their fruit you will recognize them." – Matthew 7:15-16

"I know that after I leave, savage wolves will come in among you and will not spare the flock. Even from your own number men will arise and distort the truth in order to draw away disciples after them. So be on your guard!" - Acts 20:29-31

Don’t forget the ultimate purpose for wolves is that they stealthily and deceptively draw sheep away to devour them in order to fill their bellies. The predatory nature of wolves is always for selfish satisfaction and survival. Thus, they stalk their prey looking for the weakest and most vulnerable.

In closing, we must walk in wisdom and discernment with the knowledge that we could become the very people that target churches for selfish gain.

Therefore, pastors need accountability, which I will address more in future installments.

The temptation to abuse power is always present, but the gospel, Spirit-empowerment, godly character, accountability structures, and Christian community subvert the pervasiveness of the Fall with the better way of Jesus.