Jesus schooled the world on how to understand and exert power.
Ed Stetzer 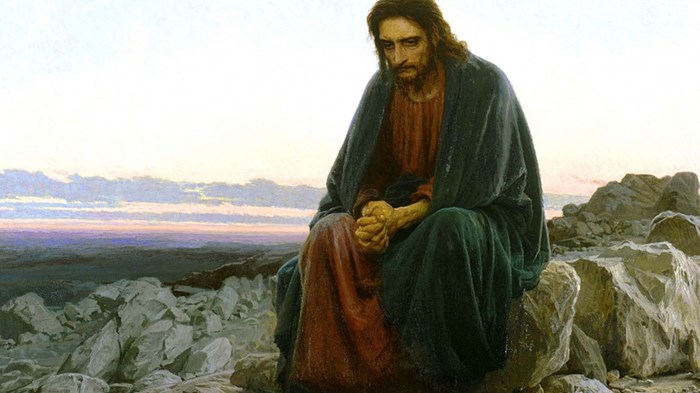 Jesus schooled the world on how to understand and exert power.

Rather than wielding it through a sword, a harsh tongue or a prestigious position of authority, Jesus exerted power through two particular images: a lowly servant washing the feet of guests and a suffering sinner hanging on a cross. What’s amazing about these two images depicted by Jesus is that He had no business doing either. He was God incarnate. He created the cosmos. He was the sinless Son of God.

If anything, Jesus should have been walking around demanding people bow down and worship him. But that’s not how Jesus acted. Rather, Jesus exerted power through service and sacrifice. In short, he exerted power not to demand something from people but to do something for people. Therefore, Jesus sets the trajectory for how believers—especially pastors and church leaders—understand and exert power.

In Part 2 of this series, we saw that the power of the Fall calls for extraordinary discernment. But Jesus teaches us at least two more ways to guard against the misuse and abuse of power.

Power is a challenge.

In every environment, regardless of the situation, power is a significant responsibility. Pastors often don't recognize the extent of their power and the danger of that power going awry. Religious structures often have less accountability for the people in power, and people are often not even aware of the pastor's power in their lives and in the lives of others.

Scripture addresses these concepts. We see descriptions of how pastors are to lead in places like 1 Peter 5:

To the elders among you, I appeal as a fellow elder, a witness of Christ’s sufferings and one who also will share in the glory to be revealed: Be shepherds of God’s flock that is under your care, serving as overseers—not because you must, but because you are willing, as God wants you to be; not greedy for money, but eager to serve;not lording it over those entrusted to you, but being examples to the flock.And when the Chief Shepherd appears, you will receive the crown of glory that will never fade away (1 Peter 5:1–4).

Jesus is the Chief Shepherd, gatherer of the flock. And Jesus is good in all his doings. In fact, Jesus is the only one who can truly wield power in a way that brings universal peace and flourishing for all humanity. Every earthly power is subject to Jesus, and pastors are uniquely called to be under-shepherds who carry to the flock the name, authority, and care of the Chief Shepherd.

When pastors recognize their power is not inherent within them but rather stewarded to them by the Chief Shepherd and embodied by the character of the Chief Shepherd, they will be leaders who serve and not power-mongers who abuse.

And the deeper understanding of 1 Peter 5 is that it addresses godly character. Pastors are to lead with oversight, not compulsion; willingly and eagerly, not for shameful gain; not domineering, but by being an example. This goes to the foundational principles of heart character: what you do naturally flows out of who you are.

However, when most churches are looking for a pastor, they spend far more time on the candidate’s ability to speak than they do on the person's personal life and character.

Titus 1:6-9 is another key passage on the qualifications of leaders in the church. Look at the common themes and emphases for pastors and leaders that Paul is telling Titus to seek.

Note all the characteristics of those that Titus was to appoint as elders.

Notice this important point: when the New Testament lays out the qualifications of a pastor, it does not include the ability to keep people spellbound by the sound of their voice. It does include being a person of deep and abiding character, because the pastoral office is indeed an office that has power that must be wielded with carefully crafted character over the long haul.

I've been moved by an article I read a few years ago and that I've shared with many, many pastors. The article is The Evolution of a Court by Sandra Stanley. In it, she states:

In his book, Inside the Third Reich: Memoirs, Albert Speer discusses something he witnessed as Adolf Hitler's popularity began to escalate. “Hitler himself put up no visible resistance to the evolution of a court."

Powerful people, whether they intend for it to happen or not, find that “a court” of sorts rises up around them. Suddenly people want to serve them. People want to run errands for them. Something happens and people look to see how that person is responding, and they respond accordingly. It happens to powerful people, popular people, famous people. And it’s not the powerful, popular, famous person’s fault. It’s simply human nature.

Stanley recounts a story of a friend who was named CEO of a Fortune 500 company. The friend asked the previous CEO what to expect in his new position, and was told: "Your jokes are about to get funnier.” This is an example of the evolution of a court, where people constantly affirm leaders and are less-apt to challenge them.

Sandra connects this idea to Jesus:

Apparently, Jesus saw this coming. He certainly experienced it. And, he made it clear how leaders should respond. Jesus continually emphasized the importance of humility. He instructed his disciples to serve rather than be served. Toward the end of his earthly ministry, Jesus demonstrated humility in a way his followers would never forget. As he gathered them to celebrate Passover, he assumed the role of a servant and washed their feet. This was awkward, to say the least. So awkward that Peter initially refused. Jesus concluded his demonstration by saying, “I have set you an example that you should do as I have done for you.” I think it’s safe to say Jesus resisted the evolution of a court.

Jesus frequently went away to pray. He formed his character in the silence and stillness of his time alone with his Father. He submitted to his Father's will. He was willing to take the low posture, mask his glory, serve humbly, and receive the derision of others without needing to strike back. This is formed character.

Now, don’t read this and misunderstand my intent. I love pastors. My ministry is largely dedicated to pastors. I am not anti-pastor.

When pastors seek to co-opt their biblically-defined roles to meet personal desires, they abuse power. Our churches already tend towards religious power and struggle to embody Gospel power, so we need to be careful to reject the court by recognizing the power of the Fall and the challenge of power by embracing extraordinary discernment and embodying the humility of the Chief Shepherd.

In closing, we need Jesus. If we are going to understand and exert power well and guard against its misuse and abuse, we must learn from Jesus. And when he takes us to the school of power, we’ll learn about the towel and the cross. And we’ll come to understand power that glorifies God always is in a vein for the good, elevation, and flourishing of others.