Many evangelical mission organizations trace their history back to the Haystack Prayer Meeting.
Ronnie Floyd 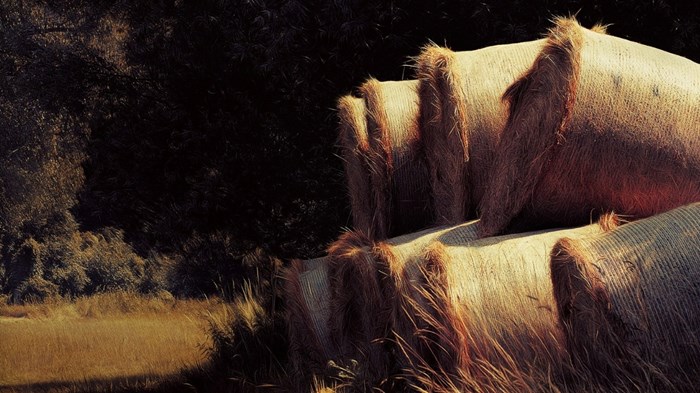 On a balmy Saturday afternoon in August of 1806, five students from the Williams College in Williamstown, Massachusetts, gathered in a field for a prayer meeting.

Suddenly, a fierce thunderstorm broke above them. Caught unprotected from the storm’s winds and lightning strikes, the students turned to the nearest shelter at hand—a large haystack.

There, huddled under hundreds of pounds of cattle fodder, the students carried on with their meeting. One of them, Samuel Mills, laid the groundwork for a vision to reach South Asia with the gospel. But the students did not forget their own backyard: reaching America remained in their hearts.

That gathering became known as the “Haystack Prayer Meeting.” Out of that meeting emerged the American Board of Commissioners for Foreign Missions, founded in 1810.

One of the first sending agencies in America, the American Board of Commissioners for Foreign Missions, galvanized the modern missionary movement. The board sent dozens of Americans across the ocean, including Adoniram Judson, who would be called the father of Baptist missions.

Luther Rice, another of its early members, founded the college that became the prestigious George Washington University and played a pivotal role in creating the Southern Baptist Convention, the largest Protestant denomination in America.

At the place where the meeting occurred, a monument stands today commemorating this historic moment. At the top of the monument is the phrase, “THE FIELD IS THE WORLD.” Underneath those words, it says, “The birthplace of American foreign missions. 1806.”

Today, many historians would tell you that, in some way, virtually all mission organizations trace their history back to the Haystack Prayer Meeting. Just think about it: millions of lives have been impacted through these ministries and organizations, and it all began in a prayer meeting under a haystack.

As the story goes, after praying under the haystack that afternoon, the five students sang a hymn together. It was then that Samuel Mills said loudly over the rain and the wind, “We can do this, if we will!”

One of the biggest misconceptions people have about prayer is the belief that it is a passive affair. Especially after tragic events, such as a mass shooting, people criticize prayer as a cop-out for action. Let me set the record straight here: prayer is not inaction—it is our greatest action.

Yes, prayer first calls us to hit pause on our hectic lives and turn to God for repentance, forgiveness, comfort and guidance, but in the end, prayer always leads us to action. In fact, I don’t think there has ever been a great spiritual movement that didn’t begin with prayer.

It was the Second Great Awakening, which swept over America during the early 1800s and called on men and women to turn to God, that inspired the five students to meet on that Saturday in 1806.

If there is one thing America desperately needs today, it is prayer—particularly in our churches.

Earlier this month, LifeWay Research released a new study from Exponential, an organization that equips churches for multiplication. The study revealed “six in 10 Protestant churches are plateaued or declining in attendance.” It further said that more than half saw fewer than 10 people become new Christians in the past 12 months.

While growth is happening in some churches across America, it is more than evident that churches and the denominations many of them are connected to are not healthy and growing.

Unquestionably, we need to learn how to adapt and be effective in American culture, but more importantly it is time that we get ourselves under the nearest haystack and cry out to God over the challenges we are facing today. Ask yourself, when was your church’s last haystack prayer meeting?

Thursday, May 2 is the National Day of Prayer. It will be a haystack prayer meeting for America. On that date, people from every town, city, county and state will come together for a day of public prayer. We will cry to God to heal our national wounds and help us love one another.

Then, we can declare like Samuel Mills did over 200 years ago, “We can do this, if we will.”

Ronnie Floyd is senior pastor of Cross Church and president of the National Day of Prayer Task Force. He is the author of Living Fit: Make Your Life Count by Pursuing a Healthy You. Follow him@ronniefloyd.