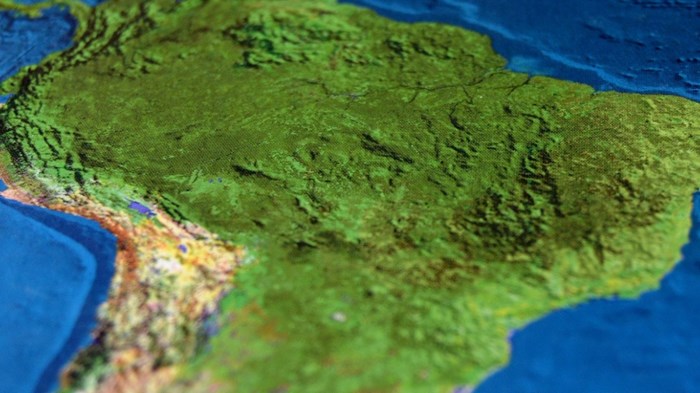 Image: Pixabay/jarmoluk
I met Chip Lamca in Trujillo, Peru while I was teaching at a seminary there. His passion for the mission, and his love for the field, were contagious. I appreciate his take here on mission in action.

Passersby on the walking street in Peru were speaking in what could be described as a sing-song dialect; the speakers were taller, leaner, and of darker complexion than most of the people who normally passed by.

This was 2016, and as a frequent visitor to Peru, I began to take note of a growing number of Venezuelans in the streets of one of Peru’s larger cities. The year 2017 brought a marked increase, and by May of 2018 the signs of Venezuelan diaspora were everywhere—Venezuelan flags flying above restaurants, street vendors with their flag drawn on to the cooler chests which held frozen treats, and barber shops with the tri-color of blue, red, and yellow.

Peru and Venezuela are nearly identical in terms of demographics and response to the gospel. Both have populations of about 30 million, both are about 3.1% evangelical and that evangelical population is growing at a rate of 3.2% in Venezuela and 4.2% in Peru (Operation World).

A great difference between the two is the rate at which people are leaving Venezuela. During the Chavez years, there was migration out of the country as people left for a variety of reasons. In 2005, for example, 437,000 people left Venezuela for various parts of the world, but mostly North America.

As the economy of Venezuela has deteriorated, Peru has become a destination of convenience.In 2015, just over 2,000 people entered Peru from Venezuela; significant for a small neighbor, but nothing like the 354,000 who arrived in 2018 (Migration Trends, 2018).

I traveled to Peru in March of this year and asked a ministry colleague if he could locate refugees and pastors who would be willing to tell their stories.

Our interviewees were in a secondary city of Peru and a far cry from the capitol of Lima at a population 1.5 million people, compared to 10 million. Why would large numbers of Venezuelans settle in this city? The distance from Caracas to the city is a walk, ride, or combination of nearly 3,800 kilometers—an expanse roughly equaling a journey from New York to Phoenix.

In 2015, when the immigration began, there were dozens who had family in the city while others were just tired of traveling and needed to stop.

Johana is from Caracas. She is in her early forties and is dressed neatly. Johana is a single mother who left Venezuela in March 2018 with three in-laws and her 18-year-old son. She said that she had put up with all of the changes, poverty, and the long lines for basic necessities, but “when the government massacred three hundred young people for protesting, I knew I had to leave.”

Johana sold the inheritance she had received from her parents: a three-apartment building that was designed “for middle class people back when we had a middle class” and a nearly 40-acre working farm for the total sum of 120 U.S. dollars.

When asked to repeat the sum, she states again, “$120 de los Estados Unidos.” She continued, “We knew that Bolivariano was worthless outside of Venezuela and it was forbidden to carry dollars out. Many women taped the money around their midsection, but the border guards quickly learned to search there and we had to get more and more creative.”

Johana succeeded in getting the $120 out of the country, but she wanted to cash in her Venezuelan currency for what is was worth. She described a large sack and made a motion to demonstrate a square of nearly two feet by two feet.

“When I got to the border with Colombia, the money changer counted it out and handed me a tiny Colombian coin. I asked, ‘What can I do with that? Can I get in to the public bathroom?’ The man handed her a second coin and said, ‘You will need two to get in to the bathroom.’”

Johana arrived in the Peruvian city and went to Catholic churches, seeking help. She visited “every church in the city” but was denied help until a priest said that her group could sleep outdoors but inside the walls of the church, allowing them sleep without posting guards.

Two days later, the nuns let them know that the group had to keep moving. Johana was told by Peruvians that she should try the evangelical churches, but she was reluctant. She had met Mormons and Jehovah’s Witnesses on the road who possessed letters of good standing from their churches in Venezuela which they said would allow them help in Peru. Since she considered anyone who wasn’t Catholic to be evangelical, she thought that this was the standard operating procedure.

At about this time, Pastor Barto enters the café with his wife.

Johana, breaks off our conversation momentarily to greet them, then continues:

So, the first evangelical church I went to was Pastor Barto’s. I told him that I was a refugee but that I did not have a letter of introduction — I did not volunteer yet that I was Catholic — and could we stay in their courtyard? He and la Pastora (pastor’s wife) embraced us, got us food and sent someone to get mattresses to put on the floor of the church, out of the weather.

Pastor Barto and his wife are originally from Colombia and represent a major Pentecostal denomination. He has worked in this city for about ten years and has planted several churches. He can often be found preaching in the streets and the plaza and has been very persistent in his outreach to the poor and addicted. His life as a foreigner in this city has shaped him.

At a random traffic stop, he has had police say, “Oh, Colombian? We should go through your things and see how much is covered with white powder” or “Colombians have so much money…you should go ahead and pay me for this traffic ticket with some of that drug money.”

Pastor Barto takes over where Johana has left off, quoting from Leviticus 19:33-34, “When a stranger sojourns with you in your land, you shall not do him wrong. You shall treat the stranger who sojourns with you as the native among you, and you shall love him as yourself, for you were strangers in the land of Egypt: I am the Lord your God.”

Pastor Barto continues, “I know what it is like to be in a strange country. When I came [to Peru] it nearly broke me for my family to see me mistreated. When the Venezolanosbegan to arrive I saw myself…”

He smiles broadly, “I did not hesitate to open the door when they knocked. I was told that they would sink our poor church, but the Peruvians we worked with were just as poor as the new people, and God had always provided.”

Pastor Barto goes on for some time about how God had blessed them; they had been given a property inside the “Old City,” a rarity for an evangelical congregation. “Since the time we welcomed this community, our church is filled with thankful people. We have been given a new property of our own. Someone gave us paint and we had dozens of people who wanted to help us paint. We had to take turns with the few paintbrushes.”

Like Johana, Alex and Pamela arrived in Peru in March 2018. They are a young married couple from an evangelical church in Maracaibo. Pamela refers to “very frightening times on the streets” during the journey and upon arriving in Peru.

“We were about twenty-five or thirty people. We were – I do not know – three weeks, perhaps, on the street. We had to be far enough away from houses that people did not call the police, but too far from houses and people would come to rob us. Everyone had to stay awake for self-protection.”

It would be a mistake to think that all evangelical churches are responding like that of Barto and several others who were interviewed.

Pastor Lucho is the leader of a large congregation just outside of the city. In addition to that responsibility, he is the elected president of one of the larger evangelical denominations in the country. “We have many Venezuelans in my town. None have come to my church. I met a Venezuelan Christian family and I invited them to live at a church property as caretakers, but I never heard back from them.”

A third of our town works in the fields – they have already lost their jobs to the Venezuelans – they work for ½ to 2/3 of what Peruvians will work for. A third of my people work in the factory – their jobs are safe for now, but will not be for long. The other third are carpenters, masons, and shop keepers – they will not have any business if everyone else is out of work. Things are different in the city of Lima. Our denomination is going to meet in a few weeks and see how we can respond nationally…but here in [he names his town] we do not have many options.

Time will tell, but the church in Peru will likely be changed for the better. Although they have been a mission field for so long, in this moment they have, by and large, opened their doors and been active in reaching out to many who have come to them seeking help.

Chip Lamca served as a church planting & strategy coordinating missionary with a large denominational mission agency from 2000-2008 in northern Peru and Ecuador. Since returning to the United States he has resided in Phoenix, where he teaches Christian Worldview and missions at Grand Canyon University and Grand Canyon Theological Seminary.