A New Normal: Kingdom Collaboration on Our Campuses Like Never Before

The EveryCampus coalition indicates we may be nearing a revival.
R. York Moore 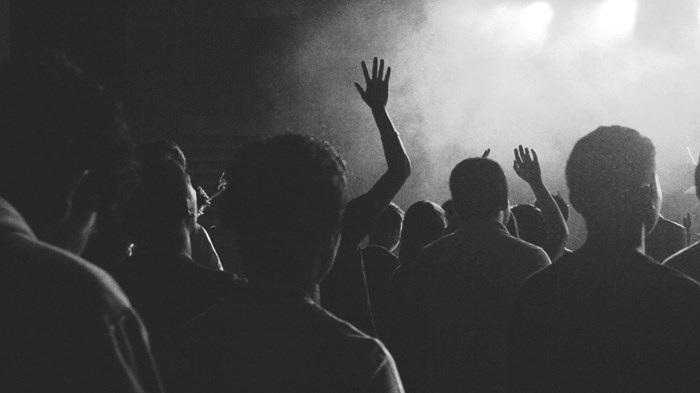 The heat and humidity were intense, but the ground shook with the bass of the music and sincere worship of an army of Jesus followers who had come to Washington D.C. for the day.

I had worked with Nick Hall’s national leadership team at Pulse for over a year, planning Together ’16, which turned out to be an historic gathering of over 300,000 young people on the Washington Mall.

The day was here, and I was excited to say the least! While nobody was there to hear me speak, I was honored to be included. As I approached the podium to preach on revival in our time, the stage manager informed me that the entire program was being shut down. We were scheduled to go until 9PM and it was only 2PM but we had seen hundreds of Together goers rushed to the hospitals all around town with heat stroke.

Not only would I not speak, but the hard work of over 600 organizations that year would be cut short. I felt like a leaky helium balloon as all my joy and anticipation escaped me; little did I know something was about to be birthed from this day of disappointment that was bigger than my simple message on the Mall.

That same month, I had just been given a new role in InterVarsity: I became the Executive Director of Catalytic Partnerships. It was a new role, but given we were in a search for a new president, I was told not to grow too attached to the position as it may not continue when we identified our next leader.

Disappointed and a bit disoriented, I decided to prayer walk the streets of D.C., hoping for direction from the Holy Spirit. My simple prayer was “Holy Spirit, lead me.” Immediately in my prayer walk, I was drawn to a man sitting by himself—one of the hundreds of thousands in town for the event.

I asked him why he was at Together, and he responded, “I work for a ministry called Cru, we used to be called Campus Crusade for Christ.” Now, I knew all about Cru. I had started a Cru chapter after my conversion from atheism at the University of Michigan. I had recently spoke on the stage at the Cru national staff conference, but obviously my message didn’t connect with this man as he had absolutely no idea who I was.

I refrained from telling him all this and simply asked, “What do you do with Cru?” He responded, “I am the new national director for strategic partnerships.” Barely able to hold in the laughter, I asked, “So what are you doing with that job?” He gasped honestly, “I have no idea. I’m asking the Holy Spirit to lead me.”

This ‘chance’ encounter led to six months of meetings with Cru’s executive team and InterVarsity’s new senior leadership, and each time this man—Keith—and I would lead the meetings with one single question, “What’s the one thing we can do together that we could never do apart?”

Assuming the Spirit had brought us together for our first-ever national partnership, this seemed like thequestion to ask. As we sat in this question, soaking in Scripture and prayer together, we each had a strong sense that God was calling not only Cru and InterVarsity, but the church in North America to come together for a new and mighty move of God—for revival in our time!

Since we signed our agreement, initially called the ‘3 Rivers Charter,’ in the Spring of 2017, we have had this sense of calling to revival confirmed dozens of times as we have reached out to new partners for what has now come to be known as EveryCampus.

EveryCampus is our feeble attempt to conspire with the Holy Spirit to instigate revival by catalyzing new gospel movements and prayer all across America. I say ‘feeble’ because nobody can finance revival; we can’t strategize it or schedule it; we can’t even bring revival through our prayers and ministry efforts.

Revival is a unique work of the Lord.

Martin Lloyd Jones said it most simply when he defined revival as, “…days of Heaven upon the earth.” Revival is a punctuated season of breakthrough in word, deed, and power that ushers in a ‘new normal’ of kingdom fruitfulness.

I believe revival, true revival, is so much more than mere mass conversion or spiritual fervor. True revival is like living into the actualized eschatological reign of Jesus in the here and now where the power of the future kingdom is experienced by many.

When this happens, systems and structures are transformed, wrongs are made right, people and places are made new. It is what I expect will come in its fulness when, in Revelation 11:15, it is finally declared, “The Kingdom of the world has become the kingdom of our Lord and of His Christ and He will reign forever and ever.”

That is a ‘revival’ that will never end, but I believe we can live into a season of revival in the here and now, and more importantly, many are believing that we are about to enter into that season very shortly! That is what EveryCampus is all about.

Since the 3 Rivers Charter was signed, we have launched a coalition called EveryCampus. Since the beginning, we in InterVarsity and Cru had a deep sense that what God was calling us to was not just a partnership between two organizations, but something much larger.

We are investing seven years into the EveryCampus initiative and are hoping for many to join us. The first phase of this coalition is to build partnerships with other collegiate ministries, churches, church networks, and individuals to prayer walk every single one of the 4941 campuses in American in 2019. To help facilitate this, we’ve launched the site, www.everycampus.com.

This user-oriented site equips people with a prayer guide to physically prayer walk campuses throughout the U.S. We are hoping to join the Spirit of God by crying out to him for a mighty and new revival in America.

To date, there are over 60 organizations, networks, churches, and denominations who have joined the coalition. Some of the collegiate ministry partners include the Navigators, Chi Alpha, the CCO, RZIM, Pulse, Jews for Jesus, Pine Cove, and Luke 18. We are adding official partners each week.

On the back end of EveryCampus.com, we are working with Gloo to build a never-before-possible digital platform to bring organizations together for collegiate ministry. Through the ministry portal, partners in the EveryCampus coalition will share data about ministry efforts, events, and groups and also receive leads from people participating who may want to join local efforts.

This portal is unprecedented and represents a new normal of kingdom collaboration between many organizations that used to operate as rivals. Sharing finances, human resources, digital assets, and platforms at events and online are just a few ways we are seeing the groundwork set for revival.

Unity among believers, significant prayer, and a sincere yearning for revival are all hallmarks historically of seasons of revival. Revival is so much more than a website, a signed charter, or a digital platform.

It is ‘days of Heaven upon the earth.’

Having said this, we are conspiring with the Spirit to instigate this revival by catalyzing prayer and new gospel movements across America. And how we need it! If we add up all the collective ministry from all the churches, denominations, and parachurch organizations, only 23% of American college campuses have a gospel presence on them.

EveryCampus seeks to change that by planting a gospel movement on every single campus in the U.S. in the coming years.

We are seeing signs of revival all around us. One would have to go back to the 1940s (when many of the large, historic organizations were originally started) to find another era in America where we’ve seen this level of new collegiate ministry startups.

Just in the last six months, over 200,000 collegians have gathered at events like Jubilee, One Thing, the Send, Urbana, and Together ’18.

We are seeing young people respond to the gospel in unprecedented ways as well. In all of InterVarsity USA’s 80-year history, we’ve never seen as many students coming to Jesus as we are seeing now. Prayer gatherings and networks of prayer movements are convening in historic ways. Organizational leaders are laying down their logos, banners, and agendas to do something together that they could never do apart.

Revival may not be here yet, but if the EveryCampus coalition proves anything at all, it’s that we are closer to it than we’ve every been in recent history!

R. York Moore serves as National Evangelist for InterVarsity USA. He is the author of Do Something Beautiful: The Story of Everything and a Guide to Your Place in It, Growing Your Faith by Giving it Away, and Making All Things New: God’s Dream for Global Justice. As the National Director for Catalytic Partnerships with InterVarsity, York is a convener of leaders for evangelism and missions in America. In this capacity, York has helped to start the ‘EveryCampus’ initiative, a national multi-organizational coalition focused on planting gospel movements on every campus in America.

A New Normal: Kingdom Collaboration on Our Campuses Like Never Before

A New Normal: Kingdom Collaboration on Our ...