“If we truly want unity and peace in America, we must return to God and remember that our highest calling is to love him and one another.”
Ed Stetzer 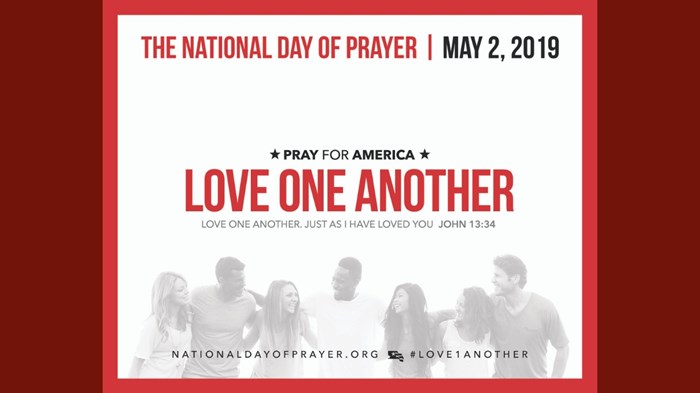 Ed: A quick glance at the news tells us America is still struggling with division and polarization. From your perspective, what is the spiritual state of America?

Ronnie: I was recently reading a Gallup poll on the emotional state of America. Honestly, I wasn’t surprised the pollsters found that Americans are among the most stressed people in the world or that nearly half of the U.S. population — 45 percent — feel burdened by worry. I definitely wasn’t surprised to learn 1 in 5 Americans experienced a lot of anger last year. But I was surprised by one detail in the poll that in itself speaks volumes: despite an improving economy, Americans are more stressed, more worried and angrier than in years past.

The report says, “The disconnect between a strong economy and Americans' increasing negative emotions illustrates how GDP and other hard economic data only tell part of the story. In fact, the levels of negative emotions in the past several years are even higher than during the U.S. recession years.”

What this tells us is that happiness and personal fulfillment are not necessarily dependent on our circumstances. Being a pastor, this makes perfect sense to me. I’ve seen it in people’s lives, and I see it in America as a whole. I believe America’s political and social problems — all the division, hostility and polarization we see every day — are actually problems of the human heart, and fixing them requires a spiritual solution. If we truly want unity and peace in America, we must return to God and remember that our highest calling is to love him and one another.

Ed: Some people may argue that America is a secular nation and that observing a National Day of Prayer actually violates the concept of church and state separation. What is your answer to that argument?

Ronnie: Although many people would make us believe America is a secular nation that wants nothing to do with religion, the truth is faith has always been a part of our story, and prayer, specifically, is an undeniable part of our DNA as a people.

In fact, if you look at every great moment in American history — whether it's the pilgrims kneeling at Plymouth Rock after reaching the New World, Rev. Jacob Duché’s prayer at the First Continental Congress as state delegates decided whether to declare independence from Great Britain or President Abraham Lincoln’s declaration for a day of prayer and fasting during the height of the Civil War — prayer always has been present in the room.

Our forefathers understood that America has prospered not necessarily because of how great we are as a people but because of how great God is and how much he has blessed us. This is why they repeatedly called for days of fasting and prayer for America. As a people, we are forgetful and we need to remember God’s providence and sovereignty.

The National Day of Prayer, first created in 1952 by a joint resolution of Congress and then designated as the first Thursday of May in 1988, follows in this great American tradition. It’s a day set aside for us to pray for our nation, our leaders and our communities and recognize God’s hand over our lives.

Ed: The theme for this National Day of Prayer is “Love One Another.” Why focus on love?

Ronnie: If we are honest with ourselves, as Christians we are really good at making ourselves known for a lot of things: where we stand on the sanctity of human life and the integrity of the family unity, our creeds and denominational affiliations, our achievements and institutions — you name it.

But when you look at Scripture, it’s pretty evident that we should be known for one — and only one — thing. “A new command I give you: Love one another,” Jesus says in John 13:34-35. “As I have loved you, so you must love one another. By this everyone will know that you are my disciples, if you love one another.” The Apostle Paul takes it a step further in 1 Corinthians 13:3 when he says, “If I give all I possess to the poor and give over my body to hardship that I may boast, but do not have love, I gain nothing.”

Love is what sets us apart as Jesus’ followers. When we love one another — through hardship and heartbreak, pain and loss — the world sees God’s love in action. And it’s love that beckons us to cross whatever dividing lines society might have drawn between ourselves and other people and work toward healing and unity.

Recently, love has been painfully absent in America, including in the church. This is why we are emphasizing the theme of love and reminding the church that it’s our highest calling.

Ed: The National Day of Prayer is coming up next Thursday. What’s your vision for it, and how can churches get involved?

Ronnie: We are expecting thousands upon thousands of public gatherings across all 50 states that will pray for a “Love One Another” movement to sweep over America — from our homes to our churches, communities, local governments, Congress, the White House and beyond. We are believing God can change our nation if we turn to him with our whole hearts.

Every church in America can participate in the National Day of Prayer on Thursday, May 2. Our website, NationalDayofPrayer.org, has a digital toolbox with prayer guides, videos and a platform to create a prayer event in your community or find one near you.

We also will live stream the National Observance which will be held Thursday at National Statuary Hall in the U.S. Capitol at 7:30 p.m. EST. People can join via our Facebook page, website and via their local Daystar TV channel.