Lausanne
Lausanne North America (L-NA) is committed to extending the influence and passion of Lausanne Movement by connecting influencers and ideas on mission and evangelism for Christ and His Kingdom. Read more from this column.
June 1, 2019Lausanne

“There is a much greater openness to the gospel among Jewish people in North America, Eastern Europe, and also in Israel today.”
Ed Stetzer 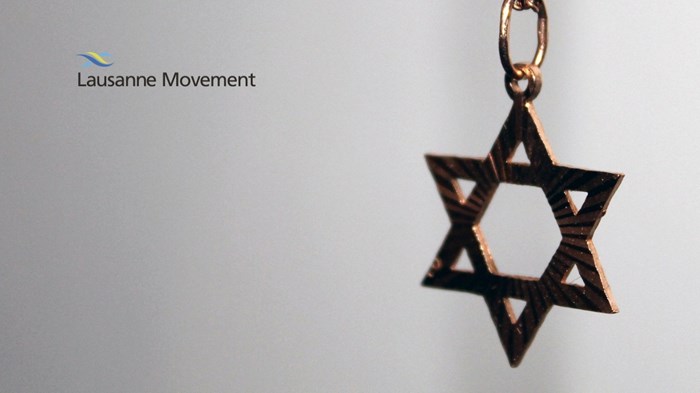 Image: Pixabay/RJA1988
Within the Lausanne Movement, there is a great group of leaders who are passionate about mission and seeing our world reached with the good news of the gospel. As Regional Director for North America, I get to interact with a number of them and always walk away encouraged. Today I want you to meet one of the key leaders in Lausanne—Tuvya Zaretsky. Tuvya came to faith in Jesus from a background in Judaism. He helped found the Jews for Jesus ministry, where he continues to serve today.

Ed: How long have you been involved with the Lausanne Movement, and what is your current role?

Tuvya: I was at the 1974 Lausanne Congress on World Evangelism in Switzerland, although I was just 27 years old. I’d come to faith in Christ just three years earlier from a background in Judaism. That was my first exposure to the idea of world evangelism.

In 1980, Lausanne sponsored a conference on unreached people groups in Pattaya, Thailand. I wasn’t at that meeting, but it’s where the Lausanne Consultation on Jewish Evangelism (LCJE) was initiated. It is now among the most mature Lausanne special interest networks and the only one today serving Jewish evangelism globally.

Since 1999, I have served as President of the LCJE International Coordinating Committee. I’m also a Lausanne Catalyst for Jewish evangelism as a bridge between the Lausanne Movement and the LCJE network.

Ed: Tell me about your current roll and what you do.

Tuvya: As a Lausanne Catalyst for Jewish evangelism, I’m one of the representatives of the Jewish evangelism network to the international Lausanne Movement. Membership in our network asks for substantial agreement in principle with the Lausanne Covenant. As President of the LCJE International Coordinating Committee, I’m providing network leadership and focus around the purposes of our network.

The primary work of that ICC is planning and hosting international consultations every four years. We do the same for our LCJE CEO conferences every two years. Our bulletin is now published three times a year, available in print and online. I also liaise our network with the larger Lausanne Movement

The Lausanne Consultation on Jewish Evangelism is a voluntary and elected position. My full-time ministry is as Director of Staff Training with Jews for Jesus. I was a volunteer when the Lord called our movement into existence as a ministry in 1973. Now we are international in eight countries. I reside in Southern California and also serve as Board Chair of Jews for Jesus Israel. It’s a long commute! My area of ministry specialization is cross-cultural ministry with Jewish-Gentile couples.

Ed: Tell me about gospel movements within Jewish populations and attitudes in the church regarding Jewish ministry.

Tuvya: In the 1970s, a large wave of North American Jewish youth came to faith in Jesus. That number has grown steadily in the past 45 years in a context of diminishing opposition within the American Jewish community.

In the 1990s, a second spiritual wave swept over Jewry in the Former Soviet Union. The intermarriage rate there was somewhere around 75 percent. Those new believers moved with other Russian-speaking Jews as they began emigrating to the United States and Israel. That has changed Jewish demographics and Jewish attitudes toward the gospel in the USA and in Israel.

And now we are witnessing a third spiritual wave breaking out among Israeli Millennials. There is a much greater openness to the gospel among Jewish people in North America, Eastern Europe, and also in Israel today. At the same time, we estimate that just under 2 percent of the 12.9 million Jewish people today are followers of Messiah Yeshua (Jesus).

At the same time, we see a change in church attitudes toward Israel, Jews and Jewish evangelism and, perhaps, not for the better. In the 1970s, there was enthusiasm for Israel as the post-Holocaust underdog.

Some Christians enthusiastically wondered about the eschatological significance of the reestablishment of the Jewish homeland and its capital in Jerusalem. In subsequent years, anti-Semitic political ideas and liberation theology proponents have entered and divided the church.

The passion for lost people, evangelism, or missiological strategy gets lost in the politics of Boycott, Divestment and Sanctions (BDS movement) in many churches. Too many churches miss the message that Messiah Jesus is the only hope of salvation for Jews or Arabs and for reconciliation with God and with one another.

Ed: What is your impression of how the church is doing when it comes to sharing the gospel today?

Tuvya: I see two contemporary emphases in the church in North America today. One is on “church growth,” meaning maturity, size, or both. The other is on passion for the lost. I think we see the best of what the body of Christ is supposed to be when both come together.

In my view, the most vibrant church is one that is connected with the local community, expressing the love of Jesus in the gospel through connections with neighbors and strangers.

I’ve been excited to see some of the efforts in urban ministry that aim to engage nonbelievers around spiritual issues that matter to them. As a cultural outsider to the body of Christ, coming from a Jewish background, I’ve seen churches struggling to break out of comfortable traditions and trying to engage a society which is secularized, biblically illiterate, detached from organized religion and yet spiritually hungry.

I’m especially inspired by outreach efforts to millennials and diverse American culture groups that have been overlooked. In some regions, the church in America, in my perspective, has been coming to grips with its ethnocentric tendency. I’m excited to see a passion for the lost that respects cultural differences within communities.

Ed: What advice would you give to Christian leaders in how to lead well in the complexities of today’s world?

Tuvya: I have been impressed and inspired by Christian leaders who think long and hard about how to engage contemporary culture. I grew up outside of Christendom and often heard Christians speaking as though they were a cultural majority in American which had little appreciation for how they were heard by others or the true majority of unsaved people like me.

I want to encourage Christian leaders to humbly engage the cultures around us. Americans are changing ideologically and culturally. Christians need to grow in understanding those complexities.

At the same time, I would advise Christian leaders to minister the Word of God and allow the mind of God to speak into our cultures. I prefer to hear from Jesus rather than just somebody’s ideas about him. Christian leaders ought to study and understand the language of those who don’t know Jesus in order to help them hear the Savior and win them to him through love that acts.