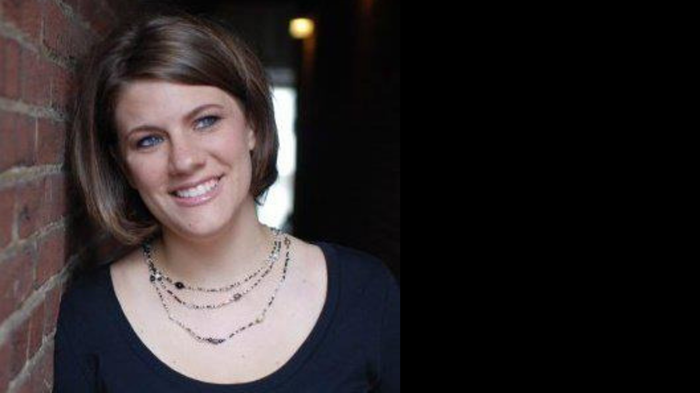 Thinking what it was about @rachelheldevans that could cause many on other sides of issues to take their hats off to her in her death. People are run rife with grief for her babies, yes. But also I think part of it is that, in an era of gross hypocrisy, she was alarmingly honest.

I noticed the same thing—people everywhere, from multiple streams of thought and faith, were expressing personal grief and often showing her honor.

Like many others, I am praying for Dan and her small children. But, I’m also reflecting a bit on her influence and our interactions.

Rachel Held Evans mattered in many ways to many people, of course, but I think she also mattered to evangelicals and evangelicalism, and it’s worth some time to reflect on those realities.

Rachel trended on Twitter for a long time the last few days. It started with #PrayforRHE and then shifted to #BecauseofRHE. The comments were often moving, often from people hurt by the church—particularly evangelical churches.

For many, Rachel Held Evans was a trailblazer. To them, she served as a model of what it means to question seriously what one believes when they need to and to take the time to discover the answers, no matter how long that may take.

She was a hero to many— a woman of valor.

She held the baton high for important issues the church and culture are wrestling with today—issues of gender, race, even socio-economic status—and encouraged many to wrestle with doubts, fears, and inequalities. And she pushed those of us who thought differently, encouraging us to wrestle with our assertions.

We’d do well to ask why she mattered to so many—and I will address that in a bit. But, let me first reflect on our own interactions.

I was reviewing our Twitter direct messages, and there was plenty of disagreement in there. But there was also was a lot that was, well, agreement and affirmation.

It is no secret that Rachel and I landed on two different sides of the line on more than one occasion. I worked at LifeWay for several years, and you can Google to learn why that might be important if you don’t know. But even amidst conflict (that was often quite personal, in that it mattered personally to both of us), she never stopped engaging directly. The effort that it takes to deal with people one-on-one is tremendous, and she did not run from it.

Rachel and I texted and direct messaged on more than a few occasions on areas of concern she saw in the evangelical church. I pushed back when it seemed appropriate, and so did she.

A few years ago, the Washington Post called Evans “the most polarizing woman in evangelicalism.” Indeed, many in evangelicalism simply didn’t know what to do with her concerns and thus wrote her off.

The problem is, failure to listen can make one tone deaf. Rachel was always trying to break into our echo chambers. I did not always like when and how she did it, but dismissing her in favor of the sounds of our own voices was not always the right choice.

Contrary to what some might think, however, she and I did not always disagree.

Actually, she reached out to encourage me (and to exhort me in positive ways) on more than a few occasions (and I, to her on other occasions). For example, I wrote an article about “a woman’s place,” reacting to some of what I had seen in evangelicalism.

Thank you SO MUCH for your post today. My inbox is stuffed with messages from women who have suffered under Hilly-style pressure.

Again, really loved the piece. One thing to keep in mind - Perhaps a woman's highest calling is not motherhood, but to follow Christ.

(I also get a lot of messages from women who can't have children and this is sometimes painful to them.)

What Rachel did, and what so many others in our churches are (sometimes silently) doing, is more common than most know: she questioned what she had been taught and what she was seeing.

Doubts, questions, and concerns are part of every believer’s life, whatever form that takes and at whatever stage of life.

The typical question is about what we as individuals do with our concerns. But the last few days I’ve been asking: What must our churches do with the questioners—what some may call “the wanderers”?

First, we need to acknowledge that Rachel was not alone—and we are part of the reason.

Please note, I’m neither critiquing Rachel’s journey nor agreeing with it right now. I’ve already engaged that issue over the years. But, here is the thing. She had such an impact because so many had the same questions.

Many evangelicals simply wanted to attack or avoid her, and in doing so they unintentionally said to many others, “Your questions have no place here. Toe the line, or we will attack and avoid you.”

Maybe we need a better conversation about some challenging issues. And maybe we need to keep showing up instead of writing off.

Scripture is very clear that we should to be quick to listen, slow to speak and anger (James 1:19). When those in our congregations have serious questions, we must never dismissively wave off their concerns in short gestures.

God is still at work in those questions, and our churches must be places where any person can openly share where he or she is at when it comes to our theology and the intersection of culture. By listening to them, we can be a part of the journey, but we drive people away if we refuse to listen.

That does not mean we will always agree, but it does mean we can learn more.

Third, we can disagree without hating others.

Many of us are fearful of those both inside our churches and outside our churches who think and believe differently on a number of issues. We cringe as we try to prepare a response to those on “the other” side of the line when it comes to gender, politics, race, etc.

This isn’t surprising—some issues today are so polarizing that it becomes hard for people on either side to believe we can all be faithfully following Christ amidst a particular disagreement. And, of course, this is part of why I wrote, Christians in the Age of Outrage. But, my dialogues with Rachel often forced me to do what I was writing about— which wasn’t always so easy.

As evangelicals, we can respond better when our brothers and sisters have serious doubts and ultimately end up on the other side of the line as us on certain issues. We must do better. J.R.R. Tolkien, one who believed differently than me on many theological issues, once said, “Not all those who wander are lost.”

Yes, Rachel Held Evans stirred the evangelical pot in ways that were uncomfortable and distressing. However, for me, she made me think and she made me better. She pointed out my logical fallacies and forced me to defend my assumptions. And when she appreciated something, she said it. She was always looking for the good in people, and didn’t hold back when she found it.

As I remember her, those direct messages sometimes made me smile, but at times made me think I should have been more charitable. (Even in her death, she made me evaluate myself. Interesting.)

But, her exit from evangelicalism a few years ago had the power to do one of two things: It could make us mad (and, wow, she made some people mad) or it could make us better.

Ironically, that’s what Rachel said to me, and it’s part of what I take away from her life.

I’m thankful for many of the interactions we had, and I am a better person for having engaged with her.

Join the conversation on Facebook
Tags:
Faith and Practice | Women | Women in Leadership | Writing
Posted:
May 6, 2019