The surprise of this attack is that the Muslim community did not have a history of attacking other faiths in Sri Lanka.
Brian C. Stiller 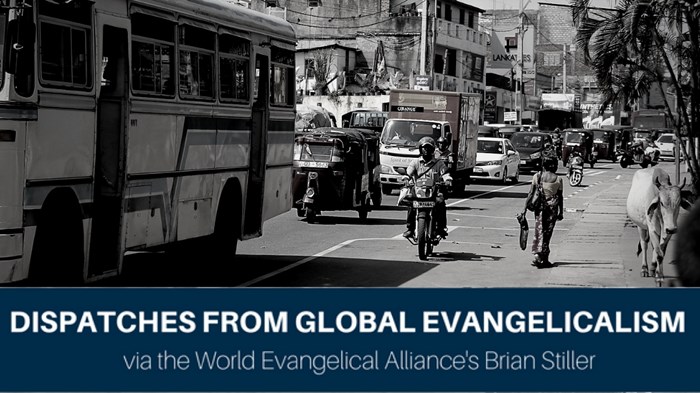 In split seconds, 253 were dead and hundreds were wounded, churches and hotels shattered as Islamist suicide bombers launched their Easter Day slaughter in Sri Lanka.

While this is horrifying, the defiling of human wellbeing on the most important day of Christian celebrations, is not new. On Easter of 2017, 47 Egyptians were killed and 126 injured when Coptic churches were bombed.

One year earlier, 70 Christians were killed and 300 injured in Lahore, Pakistan, and in 2015, 148 Christian students at the Garissa University in Kenya were attacked on Maundy Thursday, three days before Easter.

Pastor Thirukumaran of the Evangelical Zion Church in Batticaba, a city on the eastern coast, saw a young man approaching the church on Easter Sunday morning. “I asked him to sit down and [then I] stepped outside the building. Moments later the bomb exploded,” the pastor said. 29 died in the explosion.

As we absorb the sorrow and outright horror of Sri Lanka, we realize this kind of destruction is not isolated, nor will it easily or quietly go away. The rawness of this human anguish is so discomfiting that we might be reluctant to see this in both a global and local context.

For while this tragedy is rooted in its national politics, we all live in villages not isolated from the world. We might be inclined to think globally, but inevitably we must see this kind of tragedy locally.

The pearl of the Indian Ocean

Sri Lanka is not new to killings and war. One hundred fifty thousand were killed during the 25-year-long civil war, a political conflict between the majority Sinhalese (who tend to be Buddhist) and Tamil (who tend to be Hindu) which ended in 2009.

While that hostility was negotiated, the country continues to live with an inner tension driven by a religious nationalism bred in large part by its Buddhist majority. Stories of intimidation and religious oppression both to Muslims and Christians are annually documented. In March 2018, the government was forced to step in to shut down anti-Muslim rioting by Sinhalese mobs.

For Christians, there is an uneasy relationship with the government and the majority population. Forming 7 percent of the population (Roman Catholics are the majority; Evangelicals make up 1.2 percent or 300,000), Christians and Muslims have joined in common advocacy in speaking out against attacks on their churches and mosques.

The surprise of this attack by the Islamic National Tawheed Jamath (NTJ) is that the Muslim community did not have a history of attacking other faiths in Sri Lanka, although last year Buddhist and Christian symbols were destroyed by Muslim youth, led by Salafi preacher MTM Zahran.

What can we learn?

First, IS (or ISIS, the Islamic State of Iraq and Syria) is very much alive.While the caliphate was wound down in Syria and environs, its evil spirit of hellish destruction is not bound by territorial boundaries.

Since the so-called elimination of ISIS, its members returning to their homelands have conducted 143 atrocities in 29 countries. Evil, we should note to our allies, is not easily extinguished. Rooted in Saudi Arabia’s Wahhabism, this radical form of Islam hates all outside of their narrow ideology and theology, including their Muslim brothers and sisters.

Second, religious nationalism is pressing forward, and Sri Lanka is one visible expression of this burgeoning movement. By this, it is meant that a country links its major religion with political power.

In Sri Lanka, the Buddhist majority is fearful that Muslim and Christian minorities will threaten “the island’s stability and Buddhist character,” notes journalist Alan Keenan of the International Crisis Group. The immediate effect might be that this attack will give legitimacy to the religious majority government to lash out against the Muslim minority.

Third, governments matter. This massive attack is not just disgruntled locals out to rub the majority’s nose in the blood of their victims. This is a geo-political issue. While locals did the dirty work, it is likely that the wider ISIS group was part of the complex organization and precise operational management required for a killing of this magnitude.

What is deeply disturbing to Sri Lankans is that the government – so it seems at this writing – was caught by their own troubled internal divisions and incompetence. The recent history of the president and prime minister fighting with each other resulted in the left hand not knowing what the right hand knew, thus allowing police warnings to be ignored.

Fourth, the community of Christian faith, in spite of the global largeness of 2.4 billion, is in many places up against intense and life-threatening opposition. But here is the difficulty: most who read this live in the relative security of countries with a Christian majority or where there are laws protecting religious freedom.

It may never occur to many of my friends how critical it is to have basic human rights for church assembly or conversion. In Sri Lanka, the National Christian Evangelical Alliance (NCEASR) has for years been documenting in its Incident Reports how the Buddhist majority targets Christians.

I met with a pastor who had spent months in a hospital after being beaten by a Buddhist extremist. Her case, after finally being mounted by the Evangelical Alliance, resulted in a modest fine.

Fifth, it is not likely that times will get better. There are major shifts underway of growing unrest and turmoil. I suggest four of these:

What then must we do?

Matters of religious freedom and Christian persecution are deeply rooted in our global communities. As my friend Ajith Fernando from Sri Lanka said, in response to this terror, that anger and retaliation must not model our actions, but rather it is the Spirit of Jesus which forms our responses.

“What words would Jesus have to say?” we would want to ask. But then we also take action to help people attain their freedom, especially those living in places of threat.

It is right and important that evangelicals act to challenge governments and religious groups who violate religious freedom. It is also strategic that we join on global platforms, such as the United Nations, seeking to mitigate its popularity and occurrence.

It is ironic that the deputy secretary general of the World Evangelical Alliance, Godfrey Yogarajah—a Sri Lankan who for years directed the NCEASR and now leads the WEA’s Religious Liberty Commission—now trains Christians how to face violations of religious freedom and be active in civic engagement.

May our arms be linked with those grieving in Sri Lanka, as we join in faith and pledge to walk with them on this road of suffering, empowered by the Spirit, living in the love and joy of the Risen One.

One may ask, is he risen? He is indeed.