If we see ourselves as the director of the work, we will become vulnerable to the weight of ministry.
Josh Laxton 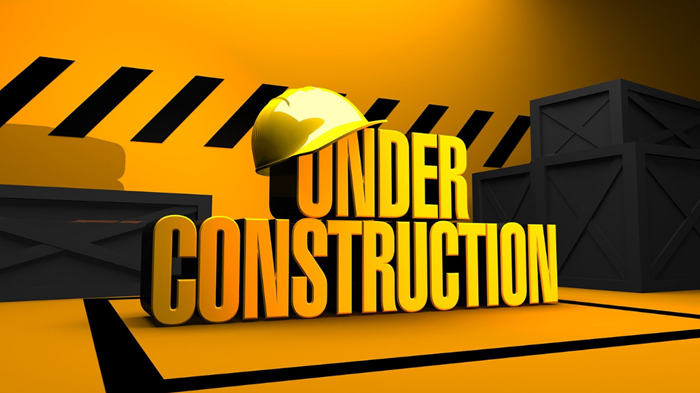 Image: Pixabay
Pastors today have a lot on their plates and the stresses of leadership, burnout, and moral failures are all too real. We will be running a series of articles over the next two weeks talking about some key struggles for pastors today.

On Friday, December 6, in partnership with the School of Psychology, Counseling, and Family Therapy, the Billy Graham Center is hosting a one-day conversation on leadership, burnout, and mental health. We invite all pastors to join us in person or via livestream and to bring your leadership teams. It’ll be an important conversation featuring pastors like Rick Warren and Derwin Gray and leaders like Ruth Haley Barton and Phil Ryken. I hope you’ll join me.

Earlier this year, my family moved to Wheaton, IL. As we familiarized ourselves with the town, it became apparent that the roads are a work in progress. Throughout the town, road construction was being done. We’ve said multiple times over the last month or so, “We’ll be glad when they get done!” As you know, sometimes road work can be an inconvenience. If it lingers long enough, it becomes downright annoying.

When it comes to the life of a believer, we too are a work in progress. The Apostle Paul pens this idea when he writes, “And I am sure of this, that he who began a good work in you will bring it to completion at the day of Jesus Christ” (Phil 1:6). So, our whole lives are lived “Under Construction.”

As a pastor, I’ve had to face the reality that both the congregation and I are a work in progress—under construction. As a result, ministry can be met with struggle, heartache, loss, affliction, disappointment, difficulty, opposition, and suffering.

Such can lead to cynicism, fatigue, burnout, and depression. In addition, it can have negative effects on our mental health, personal health, marriage, relationships, and overall view of ministry.

Anyone who has ever been in ministry knows it is tough, difficult, and weighty. Things don’t go according to plan. What you thought was…isn’t. You thought you would be further along than you are. Some of the people who were with you in the beginning aren’t with you anymore. You’re criticized and under constant microscopic scrutiny. Money is scarce. Maybe you’re seeking a new season of ministry and you feel as though no one is looking at you and giving you a second look.

And there are times when you are left wondering if it (ministry), if you (the minister), are even good.

So, what do we do when we find ourselves struggling with our state of being a work in progress? Let me share two thoughts.

First, remember that it isn’t your work, but God’s.

I’m a fixer. If I see a problem or someone tells me his or her problem, I want to fix it. When it comes to problems in our personal life or in our church, pastors tend to be fixers. If we have problems, we tend to go at solving them alone.

It may be a frustration we are having, a person who is causing us issues, an addictive pattern we can’t seem to break, a feeling of depression, or a struggle we are having in our marriage. And rather than truly consulting God and asking him about how he would have us handle it, we try and tackle it on our own. In short, we put all the pressure on ourselves to solve the issue.

If we see ourselves as the director of the work, we will become vulnerable to the weight of ministry. When that happens, the jar of clay (the minister) will be crushed by the weight of the ministry. Pastor, church leader, we must hand our lives and our ministries back to the ONE who put them under construction in the first place.

Paul notes, “…he who began a good work…” (Phil 1:6). Therefore, it would only stand to reason that the one who began the work would continue the work.

Second, remember that God has a perfect track record of bringing his work to glorious completion.

I recently started coaching my eldest son’s basketball team, which reignited my affinity for basketball. It reminded me of when I was really into basketball—during the Michael Jordan era. I remember watching the Bulls growing up and seeing Michael Jordan hit game-winning shots.

But did you know that Jordan was only 50 percent on game-winning shots? In short, arguably the greatest basketball player to ever play the game didn’t have a perfect track record.

I know as pastors we want the ball; we want the control. Control is a descriptive of fixers. However, our track record—if we were honest—is like Jordan’s: imperfect. Just like failing to hit a game-winning shot, many cases of frustration, fatigue, burnout, and even (some cases of) depression are brought about by failing to see the desired outcomes.

However, God’s track record for starting and completing a work is perfect. What he starts, he finishes. What he promises, he fulfills. Just think about Genesis 1. Could you imagine being alongside God during the creation project without knowing the specificity of his plan?

You would not fully understand what God was doing, what he was building.

We may not be in control, nor fully understand what God is doing. However, we can trust that God—since the beginning—has a perfect track record of working something to glorious completion. And as one of the contemporary praise songs suggests, “He has never failed us, and He won’t start now.”

Pastor or church leader, your life and ministry are under construction. Both are a work of progress under the foreman of Jesus Christ, worked daily by the Spirit of God. There are certainly times where living in this “work in progress” can bring frustration, fatigue, burnout, depression, and mental illness.

But in your struggle, remember the work is not yours, it’s his, He is good with a perfect track record. Your life is rooted and anchored in the life and love of King Jesus.

Join the conversation on Facebook
Tags:
None
Posted:
November 14, 2019