As you watch the impeachment hearings, think through whether remaining silent is going to hinder your gospel witness.
Ed Stetzer and Andrew MacDonald 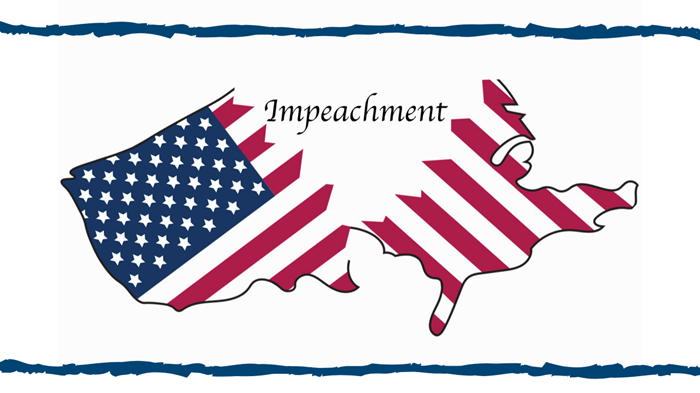 Image: By karenfoleyphotography via Shutterstock

So we are well into the third impeachment proceedings of the United States in over a century. Regardless of your perspective, this is a momentous period in American history. Yet this brings with us, perhaps, an uncertainty about what to think or how to respond to it.

With impeccable timing, the initial round of public hearings ended just as Americans prepare to sit across the dinner table from friends and family for Thanksgiving, thereby ensuring that everyone will be sufficiently stocked with divisive political hot takes.

Yet more importantly, this issue is not going away anytime soon. If history is a judge, impeachment battles may stretch out for several months as hearings continue and it eventually moves to the Senate.

In other words, impeachment will continue to be a topic of conversation both in our homes and on social media for the weeks and months ahead. Given this timeframe and the stakes involved, you may be more than tempted to dive into the discussion whether in person or online.

Yet before you click post or let loose on your rant this Thanksgiving season or over the next few months, I think it’s a good time for a refresher course for how we should think about such divisive, controversial, and, most importantly, complex conversations. In these situations, I’d ask you to consider these two questions:

First, will this response hinder my gospel witness?

Oftentimes, we don’t notice when our neighbor defriends us on social media soon after that super political post. More common than we might think, Christians frequently don’t realize just how we close doors with their friends and neighbors because of how we unthinkingly engage on controversial subjects.

This doesn’t mean becoming a hermit or not engaging. Rather we need to constantly be thinking through our purpose and how it might be received by those outside the faith.

Even if we might not recognize it, through this behavior we can implicitly suggest that the gateway to Christ demands conformity to a particular political party or even specific politician.

Now don’t hear this wrong: at many points the gospel is offensive. People will defriend on social media and in real life because of our proclamation of the gospel. But don’t mistake the gospel for some sub-identity like politics. When we do, we let our witness be obscured and ultimately belittled for the sake of some earthly kingdom rather than for our Kingdom identity.

So as you are responding to the impeachment hearings, always consider whether this statement, this discussion, or this post will hinder your gospel witness.

Sometimes silence isn’t an option. When we see injustice, our faith calls us to step out and stand up. This naturally is difficult and comes at a cost. In Galatians 2:11-21, we read that Paul confronted Peter over his fear and hypocrisy. Paul tells us that he did so because failure to speak out would have been to undercut the gospel itself, to “nullify the grace of God” through preaching the law instead of grace.

A new apostle standing up to Peter of all people, this was likely exceedingly difficult, yet Paul recognized what was at stake.

Over the past year I’ve spoken up regularly online and at conferences in defense of immigrants and refugees. That has won me a steady stream of hate mail and death threats. I’ve likewise defended religious liberty only to be labeled a bigot. Many others have spoken out bravely on far more costly subjects and encountered more hostility than I have.

In other words, Christians are not called to uncontroversial. Rather, the difference is the reasonwhy these believers have spoken is that to refrain from doing so would betray the gospel we testify to.

Again, don’t hear me wrong: social media is not the be-all-end-all of speaking. It is a sad but increasing reality that our world too often values what we post over what we say and do in real life as evidence of speaking up.

In reality, the most meaningful and impactful conversations occur in real life. In person we can respond to others’ emotions, avoid miscommunication or misinterpretation, and, most importantly, truly practice listening.

So just as with the first question, as you watch the impeachment hearings, think through whether remaining silent is going to hinder your gospel witness.

So what can we do? Granted this feels like a momentous time in American history and with that comes the feeling that we should be participating. Let me suggest two critical responses believers can and should have to these hearings and in the weeks ahead.

First, watch and listen. Part of our civic duty as Americans, and a way in which way we can let our reasonableness be known as Christians, is to watch the hearings with patience.

When we rush to label it a “witch hunt” or to call for the President to be carted off to Azkaban, without exercising this patience we only contribute to the politicization we often lament.

As we’ve already seen, impeachments tend to be dull hearings filled with complicated lines of questioning that can go over many of our heads. Rarely is there the “gotcha” moment we have come to expect from movies like A Few Good Men, and even if there is, few of us are equipped to recognize such moments.

As such, it can be tempting to check out and watch through the lens of your favorite media personality or social media feed. I’d encourage you to fight this urge and instead watch as much as you can. If that’s not possible, strive to listen broadly to experts with a wide range of perspectives and affiliations.

Second, pray.Often maligned by a society that sees prayers as worthless, Christians recognize that prayer is one our most powerful tools.

Consider how much time you’ve spent watching cable news, scrolling through social media, or even arguing in person about the impeachment against the time spent in prayer.

From our habits, we reveal where we believe the power to enact change resides. So, before getting into arguments at thanksgiving or diving into a social media spat, consider how often you have spent time praying for this season of political turmoil. Let me suggest four points to pray through with a spirit of charity and thanksgiving:

As followers of Christ, we must always remember that our speech, in whatever medium it comes, needs to be seasoned with salt, with the intent to encourage and edify others. Let’s leave polarization at the door this Thanksgiving season.

Andrew MacDonald is the Associate Director of the Billy Graham Center Institute.

Join the conversation on Facebook
Tags:
None
Posted:
November 26, 2019