God is raising up a new supply of workers for the harvest in the most unexpected places.
Don Allsman 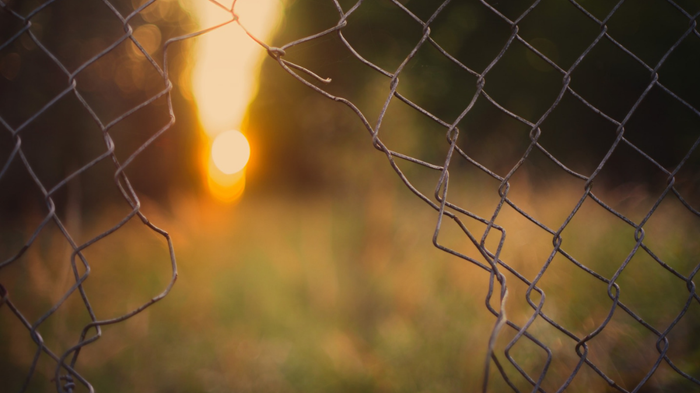 My friend Rickie Bradshaw from KSBJ Radio Houston once said, “There are two clear signs of God’s work in America today.” I leaned forward in anticipation to hear what he would say. He continued, “The first is the revival breaking out in our prison system, and the second is how God is bringing the nations of the world to our cities.”

I sat back in awe to consider the profundity of his observations and whispered to myself, “These two signs provide the opportunity of a lifetime toward finishing the task of the Great Commission.”

I knew Rickie was right about his first observation. Over the last ten years my wife Cathy and I have visited dozens of prisons across America where thousands of prisoners are being transformed by the Word of God.

The impressive results of ministry training programs like The Urban Ministry Institute (TUMI) are not limited to the prisoners receiving training. They extend to the healing of broken families, improving society through declining recidivism, and reducing discipline problems within the institutions (to the point where even prison officials have taken notice).

From one state and federal prison to another, the outcomes are consistent: prisoners are maturing through years of marinating in the Scriptures, becoming effective ambassadors for Christ in dangerous and diverse environments.

They are being equipped to disciple people from a variety of ethnic and religious backgrounds while sharpening the use of their spiritual gifts. Year after year, they are bearing fruit both inside the walls and among their friends and family on the outside. God is raising up a new supply of workers for the harvest in the most unexpected places.

I also attest to Rickie’s second observation. After 30 years in urban ministry, I have seen unreached people groups slowly coming from their homelands to American cities. They come not only as refugees and immigrants, but as international students, diplomats, and medical/business professionals.

This diaspora (people settling far from their ancestral homelands) is not new among God’s strategies to bring the nations to himself.

And he made from one man every nation of mankind to live on all the face of the earth, having determined allotted periods and the boundaries of their dwelling place, that they should seek God and perhaps feel their way toward him and find him.

God has moved the nations to American cities so they can find him.

But because of recent technological advancements, this demographic shift could include an additional opportunity. In the past, as people received Christ, the only way to share the gospel and plant churches with their friends and family back home was to physically move back to their homeland.

But now, through video streaming and cell phone technology, these new believers can make disciples and plant churches in their homelands without leaving America.

If that wasn’t enough good news, there is a third benefit to this diaspora strategy. As new disciples are made in homeland countries, they can engage their near-culture neighbors, many of whom are among the remaining 3000+ unengaged-unreached people groups (UUPGs).

This is a true innovation for the Great Commission.

For the first time in history, there is a way to reach every tribe, people, language, and nation (Rev. 5:9) without leaving home. While missionaries still need to be sent from America to other countries, the process can be accelerated by reaching the diaspora living in the USA.

Because the fields are white for harvest, Jesus told us to pray for more workers.

In business terms, we pray for a supply to meet the demand. With prison revival on one side and the diaspora opportunity on the other, the answer to this prayer can be seen in real time. The Lord of the Harvest is providing a supply of zealous, cross-cultural disciple-makers, eager to use their new-found training.

As these men and women are slowly released from prison, they offer potential for fresh vitality to local churches. Some will even be called into cross-cultural ministry to the diaspora—providing they are given a year or so to adjust to life after the trauma of prison culture.

This is where the Church plays a vital role. In order to facilitate a pipeline from prison to world missions, three levels of service are needed.

They need traditional, accredited seminaries from ministries like Gospel Prison Seminaries Foundation. They need non-accredited programs like TUMI. Expansion of these programs insures a continuing supply of workers who then reproduce themselves.

Prisoners also make disciples among the diaspora in prison, many of whom will be deported to their home countries to spread the gospel.

2 – Re-entry communities: Former prisoners need local churches to welcome them into their faith communities by assisting in the process of re-enculturation. The differences between prison culture and free-world culture are dramatic.

In fact, the cultural contrasts are so profound that I believe the primary cause of recidivism is the inability to adjust to the culture on the outside. While some return to prison because of their character, many are simply unable to adjust to civilian society.

Therefore, the key to re-entry success is a community able to provide a smooth cultural adjustment. When a former prisoner receives 12 to 18 months of encouragement and friendship, he has a better chance to assume significant ministry responsibilities and become an asset to the congregation.

Whether it is training prisoners on the inside, providing culture assimilation on the outside, or working alongside former prisoners among the diaspora, there are several new ways to be involved in the Great Commission. Incarceration ministry and world missions are no longer separate realms of ministry.

This is crowd sourcing at its best, where a variety of sources innovate to achieve a common goal. Prisoners becoming disciple-makers; churches providing re-enculturation care; church-planting ministries training a fresh wave of recruits; the nations moving into place to hear the Good News; the mission field becoming the mission force.

This is truly the opportunity of a lifetime.

Don Allsman is President of Completion Global, a ministry offering innovation for the Great Commission. He has authored several books used in ministry training around the world. He and his wife Cathy served for 30 years with World Impact and are co-authors of The Onesimus Workshop: Welcoming Former Prisoners into the Life of the Church (2018).

The Opportunity of a Lifetime: Reflections on Link ...