On this International Day of Prayer for the Persecuted Church, please pray for those who cannot worship freely.
Vernon Brewer 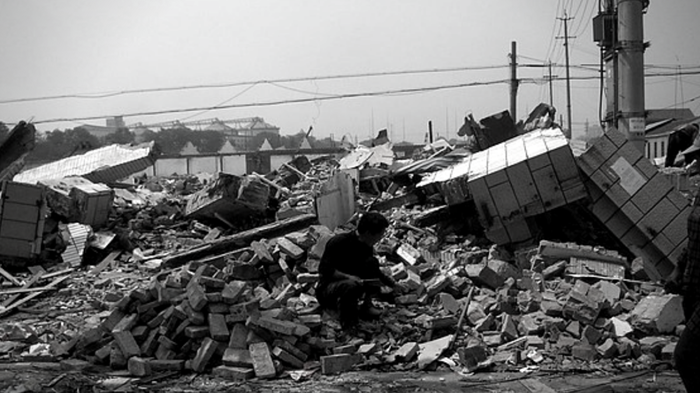 As we remember our brothers and sisters around the world today on the International Day of Prayer for the Persecuted Church, I want to share about one special man who was a giant among men of faith and who had an incredible impact on my life.

He was threatened, beaten, and tortured for sharing the gospel, but he never wavered in his devotion to Jesus Christ.

I was eager to meet Pastor Lamb, one of China’s well-known house church leaders. I had traveled to Guangzhou, a city of more than three million, where he lived in a tiny apartment under house arrest. He endured more than 21 years in prison for his faith all because he refused to register his church with the Chinese government. Fifteen of those years, he did hard physical labor in a coal mine as punishment for trying to make a copy of the New Testament.

When I arrived at Pastor Lamb’s house for the first time, his house church meeting had just dismissed, so I had to wait outside while hundreds of Chinese believers made their way down the narrow staircase and filed past me into the night. I’ll never know how that many people fit inside that small apartment. I had to push past armed guards to make my way up the stairs. When I reached the third floor, I met my hero for the first time.

Pastor Lamb was short; I towered over him. With a contagious smile, he invited me to come in. The first thing I remember seeing was a long table with about 20 young Chinese people writing feverishly. Nearly 80 percent of the pastor’s congregation was comprised of young people who were hungry for the Word of God and eager to share it with their friends.

I asked Pastor Lamb what they were doing. He matter-of-factly explained, “They are making handwritten copies of the Gospel of John to give to their friends at school tomorrow. We only have one Bible at this time, so we must make copies.”

I thought to myself, This would never happen in my country. Most Christian young people in America would never think of giving a Gospel of John to their friends in school, let alone make a handwritten copy.

As I looked around the apartment, I noticed that the walls were knocked out and replaced with wooden benches. In the far corner was a single bed, a small refrigerator, and a hot plate — Pastor Lamb’s living space. Every single inch of the rest of the apartment was converted to a meeting room for Da Ma Zhan Church.

Pastor Lamb said that he started preaching again when he was released from prison, and his house church started growing. One day, concerned authorities stormed into the meeting and arrested Pastor Lamb again. They confiscated all of the Bibles and hymnals. For three days, he was interrogated, beaten, and tortured. He was told to go back and close the Da Ma Zhan house church. I asked him, “What did you do?”

“I stood in the church the next week,” he said, “and told the congregation that the police said not to come back.”

“What happened?” I asked.

“The next Sunday,” he said, “our church attendance doubled. Jesus said, ‘Upon this rock I will build my church and the gates of hell will not prevail against it.’”

At the time, Da Ma Zhan Church was one of the largest house churches in China. Every week, more than 1,500 believers packed into five services.

I asked Pastor Lamb, “How did you survive all of those years in prison?”

“I quoted Scripture that I had committed to memory and composed hymns to worship God,” he said.

“Pray for us dearly,” he continued, “because we don’t know about tomorrow. We don’t know when tribulation will come. Pray that our people might have strength to face persecution. They are threatened by the government with no salary or no job if they attend the meetings, yet they still come. But please do not pray for the persecution to stop.”

He saw his trial as a blessing because every time they arrested him and sent him to prison, the church grew.

I asked Pastor Lamb how I could help him. He asked me to bring them more Bibles. Over the years, I visited him many times, each time bringing him a load of Bibles, sometimes sending them ahead in vans, and sometimes not even telling him their source.

Every time I visited that special house church, I looked around and saw only a few Bibles. People crowded around and peered over the shoulders of those who held the Bibles, just to follow along as the Word of God was read aloud.

On many occasions, I saw people holding crumpled, torn pieces of paper. I soon realized these were pages torn from a Bible and shared in the group. This was not done out of disrespect for God’s Word, but for the unquenchable desire to have a small portion of their very own.

On one of my visits, Pastor Lamb said the Public Security Bureau — the secret police — questioned him about my visit. They asked, “Why are you meeting with foreigners?”

I was blessed to call Pastor Lamb my friend. He endured more persecution than anyone I know. He was beaten and tortured for his faith, and his faith never wavered. Every time I was with him, he had a smile on his face and a song in his heart. He was God’s gift to the underground church in China.

Today, Christians in China continue to be persecuted for their faith. Just in the past couple of weeks, a church large enough to hold 3,000 people was demolished and the pastors detained. Earlier this summer, another church in China was razed after worshippers were dragged out of the building by police officers.

On this International Day of Prayer for the Persecuted Church, please pray for those who cannot worship freely and ask God to give these brave men and women strength to withstand their abuse.

And may we, as Christians, be found as faithful as my friend, Pastor Lamb.

Vernon Breweris the founder of World Help, a Christian humanitarian organization serving the physical and spiritual needs of people in impoverished communities around the world.

Remembering Pastor Samuel Lamb and His Faith in ...