“Jesus bears studying, for his movement has been...among the most powerful movements for social good in all of human history.”
Ed Stetzer 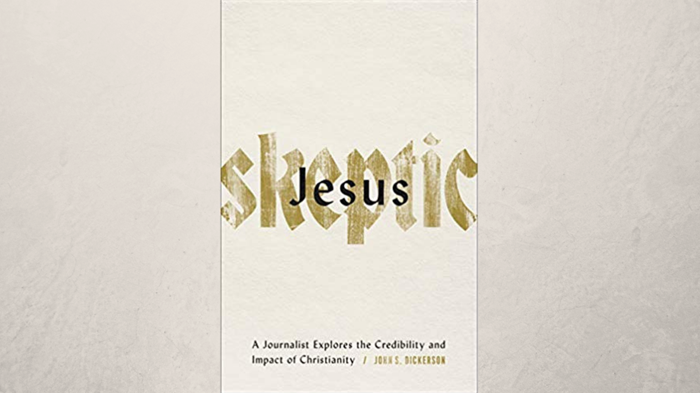 Image: Baker Books/Canva
Today I am glad to include 20 Truths from John Dickerson’s new book, Jesus Skeptic: A Journalist Explores the Credibility and Impact of Christianity. You can find John at @JohnSDickerson.

1. “Wherever there is a powerful story, there are powerful people who want to suppress the truth” (Page 15).

2. “When it comes to Christianity, this 10-year investigation has convinced me that my generation of Americans—those born in the 1980’s and younger—have been largely denied the truth about Christianity’s influence and record on social justice” (Page 15, 16).

3. “On average, Christians make up 75% of the populations in the nations that lead the world with the best women’s rights, including matters like equal pay, the right to vote, the right to not be sold into marriage and a striving toward equal rights in all areas. Turns out that Christianity has had significant cultural influence in every one of these best cultures for women. Now, note the absence of Christianity in the nations where women are most oppressed and devalued today” (Page 21, 22).

4. “What was unique about the Scientific Revolution—what was a first in the known history of humanity—was its way of looking at the universe” (Page 27).

6. “Unless I wanted to claim to be smarter than Isaac Newton and Blaise Pascal, I needed to stop suggesting that faith in Jesus is anti-intellectual” (Page 37).

7. “If we simplified all the people who ever lived down to a group of 100 people, we who live in America or Europe today would be the top 2-out-of-that-100. We have the longest lifespan, the best healthcare, best education, more access to clean water and food, more freedom, and more prosperity than any other people in history” (Page 41).

8. “Having processed the corpus of this evidence for years, I still struggle to comprehend the immense scale at which Christian ideas have shaped the positive features of our culture” (Page 51).

10. “Christianity has been good for the world as it relates to education” (Page 62).

11. “Christianity became the basis for a new social solidarity. Christian healthcare began transforming into a real movement. The end result would eventually be formal hospitals and formal philanthropy to care for the poor” (Page 71).

12. “While the transatlantic slave trade is an ugly and heinous infection in America’s recent history, the unpleasant reality is that slavery was a global norm among dozens of civilizations, dating back thousands of years before the United States existed” (Page 86).

13. “In my examination of the influential abolitionists who led the American populace to overthrow slavery, I have yet to find one who was not a Christian” (Page 99).

14. “…Jesus’s life has impacted my world in practical and non-religious ways I still do not fully understand…” (Page 106).

15. “Remove Christians from the last 500 years, and the evidence suggests we would be much closer to the illiterate average people of world history. That is, without the Christian-founded norm of public education, the letters on this page would make no more sense to us than they do to a chipmunk” (Page 110).

16. “Whether I like Jesus’s followers or not, whether I believe in Jesus spiritual claims or not, Jesus bears studying, for his movement has been—by multiple measures—among the most powerful movements for social good in all of human history” (Page 116).

17. “I learned in my investigation that, outside of the Bible, more than a dozen non-Christian writers from Jesus’s era describe Jesus and his movement in ancient documents” (Page 120).

19. “Saying that Christianity is just for small-minded people, is saying that I am smarter than 1 out of every 3 people alive today— many of whom are PhD researchers, leading scientists, medical doctors and effective leaders of governments, schools and universities” (Page 134).

20. “My relationship with Jesus as God has brought me consistent identity, security, purpose, fulfilment, peace and joy that I never experienced anywhere else in this world. I am tasting and experiencing things I never tasted apart from Jesus” (Page 166).