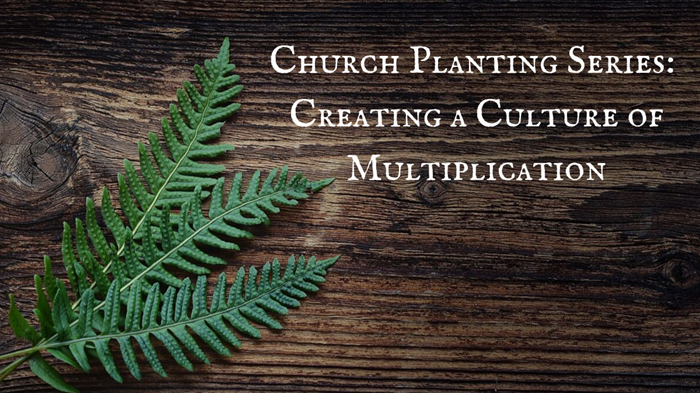 In 1982, Heather Locklear did a shampoo commercial about a new product. As she tells viewers, she told two friends about the new shampoo. Then, those friends told two more. And so on and so forth. The video uses graphics to make it seem much cornier than it actually is, but the point is clear; Heather Locklear summarized what a culture of multiplication looks like.

It’s simple math, really. It’s not new. This way of spreading information has been around for as long as we can go back. Think of middle school, for example. One kid starts a rumor. He tells another person who tells another, and by fifth period the story has traveled around the entire school.

We also see this culture of multiplication when it comes to church planting.

Scripture sums it up pretty well. 2 Timothy 2:2 tells us, “These things you have heard from me in the presence of many witnesses, entrust these to faithful men who will be able to teach others also.” It’s clear that we are made to share the good news with others. We are made to grow one another for the sake of God’s kingdom.

This is the culture of multiplication.

It sounds perfect and easy on paper, but when people get involved, multiplication is not perfect. The idea is great, but the realities of bringing people to church, let alone making new disciples, often hold people back from fully embracing a culture of multiplication. Reaching out to people is scary. We worry that people will reject our witness. There are countless reasons that prevent us from completely investing in this culture of multiplication.

But we have to push past these fears. If we don’t, we’ll never fully experience the amazing results of multiplication.

A Culture of Multiplication

Creating this culture is difficult because the first things some people see (now that church planting is more common) is churches multiplying. They usually don’t see the small steps of multiplication that go into the planting of new churches, so people tend to believe that multiplication only works on a big scale.

The fact that people aren’t typically exposed to multiplication means that we need people to see and hear about it. When people are exposed to it over and over again, in small and large ways, they start to understand it better. They start to be more excited about it.

This exposure happens a lot—but not as much as it probably should—on a local level at our churches. Especially now, as many churches are starting new cycles of small groups and mission work, there is a push to engage new participants. But we must make sure that this push is consistent. It shouldn’t only happen when new small groups start. It should happen all the time.

For example, a decade ago, I was a keynote speaker for the annual Wesleyan gathering. I discuss it more here, but it was a great example of a denomination committing to multiplication. Their director of multiplication (Yes, this is a real thing. Take notes.) told me that he wanted me to talk about the idea of multiplying everything. So I talked about how multiplication belongs everywhere: in small groups, in ministries, and eventually in new churches.

That’s key. Multiplication has to be promoted at every level if we want to see a culture of multiplication.

You see, we become what we celebrate. We become what we dedicate hours towards. We simply can’t expect a culture of multiplication or church planting to grow if we don’t fully commit ourselves to it.

Next time, we’ll close our series by talking about four practical ways to start planting.