Lausanne
Lausanne North America (L-NA) is committed to extending the influence and passion of Lausanne Movement by connecting influencers and ideas on mission and evangelism for Christ and His Kingdom. Read more from this column.
October 25, 2019Lausanne

The student generation in Europe is hungry for revival.
Sarah Breuel 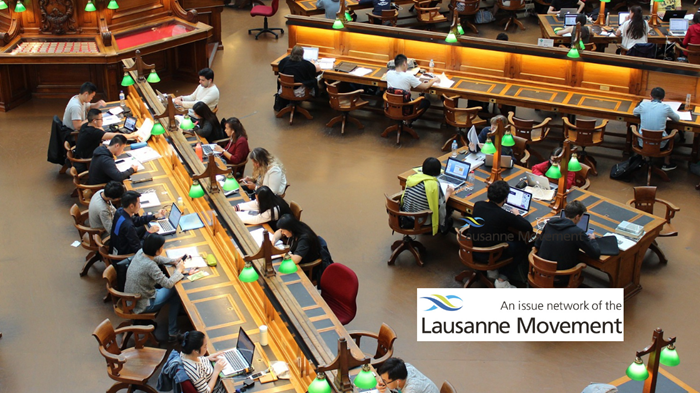 The student generation in Europe is hungry for revival.

A wave of secularism has swept over Europe and its universities in the last decades, reducing God to a small corner for those who are not “intelligent enough.” But God cannot be contained into a corner. He is big enough to move, even in the hostile academic environment in Europe.

It is with this desire that student organizations such as IFES, Cru, Navigators, and Students for Christ have come together and rallied up with 22 other Christian organizations with a common vision of pursuing a Move of God in the student generation. The effort is called Revive Europe.

“We desperately need another move of God,” said Lindsay Brown, the previous General Secretary of International Fellowship of Evangelical Students (IFES), and International Director of the Lausanne Movement.

Thomas Bucher, the General Secretary of the European Evangelical Alliance, has added that “Europe is in a crisis. In crisis situations, God has often opened up unexpected avenues, often using youth.’’

European students started a 40-week prayer campaign for 40 countries in February 2019. Every Monday, one country is highlighted through a one-minute video produced by students of that nation about how to pray for their country. The videos have had over half million views on social media, and have been used beyond the student environment, by mission agencies such as Greater European Mission and European Christian Missions.

‘‘Pray that Christians would rise up with a new boldness and courage. Pray that God would move in a mighty way in Sweden again, meeting the longing for something more that so many people have” said students in the Revive Sweden video.

The 40-week prayer campaign will culminate with students coming together for five days at the end of this year in Germany, where the hope is to gather 5,000 students from 50 countries. The organizers are preparing extensive times of prayer, worship, repentance, and study of Acts 1-5.

‘‘Revivals historically have been characterized by extraordinary prayer, a recovery from the gospel of grace and a spirit of repentance’’ said Timothy Keller at the Revive Europepre online event. Dr. Keller has also pointed out that although these have been some common factors, just like in the Narnia books where one cannot enter into Narnia in the same way, there are no fixed formulas.

It is historic to have student and mission organizations partnering this way in Europe. ‘‘What a movement of the Spirit to get us all at the same table! What will God do with and through Revive? I am excited to see, although I dare not miss what He has already done by uniting us!’’ says Connie Duarte, Chair of Mission Net and Board Member of the European Evangelical Alliance.

“Unity has a cost,” concurs Maarten Gast the Director of Agape/Cru in Western Europe. Even though IFES is spearheading Revive Europe, Agape has postponed its annual gathering with European students so that they can be, according to Maarten, ‘‘all in’’ for Revive Europe. This partnership in a European level has been inspiring more conversations and partnerships on national levels.

A similar longing for revival and partnership among campus ministries is also taking place across the Atlantic in the USA. EveryCampus is a collaborative initiative by various ministries, spearheaded by InterVarsity and Cru, and seeks revival on American college campuses. Its goal for 2019 is to prayer-walk all 4,948 campuses in the USA, of which 2,569 campuses have already been covered in prayer.

European students have been fighting back the wave of secularization for years. In the public sphere in particular, they have been organizing ‘mission weeks,’ in which students put together public debates, apologetic talks, and lunch bars on campuses to bear witness to Jesus. Just in the last year, about 200 mission weeks have taken place in 30 European countries.

The challenges in the so-called ‘Prodigal continent’ are overwhelming. In the history of revivals, though, God often breaks in when things are hard or impossible. As Erzsébet Komlósi, European Director for Scripture Union says, ‘‘Our old continent is in desperate need for a new revival.’’

Sarah Breuel is the evangelism training coordinator for IFES Europe and the Director for Revive Europe. She previously served as Chair of the Lausanne Younger Leaders Gathering.