He Hugged the Woman Who Shot His Brother: The Power of the Gospel in the Botham Embrace.

Forgiveness, at the end of the day, puts the amazing power of the gospel on display.
Ed Stetzer 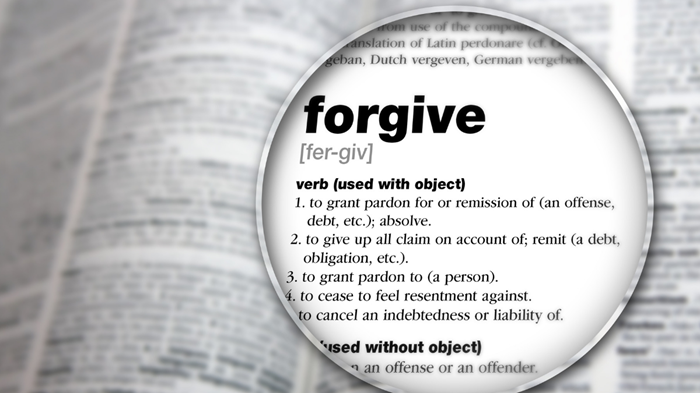 Botham Jean was killed by Amber Guyger. The off-duty police officer walked into what she believed to her apartment and shot Botham. By now, many have seen the heart-wrenching story of Botham’s brother (Brandt) delivering a courtroom speech of love. He forgave Amber Guyger.

He overflowed with the love of God.

While this act of forgiveness is shocking to the world, it has been the centerpiece of the Christian faith for 2,000 years. When Christians are actually living out the truths of the gospel, they show the world a better way.

The etymology of “Botham” means “he who lives in a broad valley.” It means hitting bottom, or depression. Yet, his life speaks from the top—from the life-giving mountaintop of the gospel. From the testimony of Brandt, Botham’s brother, Botham’s life points to a better way, a life-giving way—the way of Jesus.

To much of the world, however, such a heinous act of violence would plant a deep seed of anger that would eventually yield the fruit of bitterness and hatred—leading one down the path toward depression and bitterness.

However, that wasn’t the way of Botham. That wasn’t how he thought. Although deceased, his life declares a radical forgiveness that could only come through the life and heart of Jesus.

When I was reading the story and watching the testimony, the only thing that came to my mind was #Jesus. So, that’s what I tweeted.

Brandt, while on the stand, didn’t address everything—and neither will my article. While there will be other opportunities to discuss those important issues (and I’ve written on a number of them on many occasions), let’s not miss the heart of forgiveness manifested in the life of two brothers.

Brandt, who understood the heart and life of his brother Botham more so than anyone else, exhorts the world towards the radical nature of gospel forgiveness. It’s OK to dwell on that for a moment, while acknowledging that there are other issues to consider.

Forgiveness, at the end of the day, puts the amazing power of the gospel on display.

In his Essay On Forgiveness, C.S. Lewis picks up on how Christ’s forgiveness sets the tone for our own posture towards others:

Only, I think, by remembering where we stand, by meaning our words when we say in our prayers each night, “Forgive our trespasses as we forgive those that trespass against us.” We are offered forgiveness on no other terms. To refuse it is to refuse God’s mercy for ourselves. There is no hint of exceptions and God means what he says.

Lewis boils it down to a straightforward yet difficult truth: “To be a Christian means to forgive the inexcusable, because God has forgiven the inexcusable in you.”

In short, Brandt and Botham manifest forgiveness in the vein of Jesus.

One reason why acts of forgiveness such as Jean’s are so shocking is because they are countercultural.

Vitriol is winning the day. Our anger and bitterness result in the justification of “counterpunching.” The mantra, “Eye for an eye; tooth for a tooth” wins the day. People want to react to fire not with water but with fire.

Jesus calls his followers to sacrificially turn the other cheek. Jesus puts no cap on the limits of our forgiveness—70 x 7. We can’t use another’s sin as an excuse for our own.

Second, forgiveness does not eliminate the consequences of sin.

Does forgiveness condone or excuse sin? This is what we believe—why our culture—and even many Christians—struggles with forgiveness. We believe offering forgiveness negates accountability. But this is a lie.

Theologically speaking, this is not even biblical. On the cross, Jesus cried, “Father forgive them for they know not what they do.” Jesus wasn’t excusing the sin of humanity that nailed him to the cross—he was taking their punishment.

There were and are consequences to sin.

But forgiveness frees us from seeking vengeance or retaliation, Jesus took upon himself the ultimate judgment for their sin. We don’t have to express, “We hope they get what they deserved.” Jesus took it on the cross.

That is why Brandt could surprisingly say, “I don’t want you to go to jail… I want what is best for you.” In short, he wanted for her what Jesus desires for all—redemption and forgiveness.

There are present and temporal consequences to sinful behavior—regardless of how inconsequential or heinous they might be.

For Guyger, she received a sentence of 10 years. That was her consequence. Forgiveness does not negate consequences.

Third, forgiveness is a fundamental apologetic of the gospel.

What else can display the reality and power of the gospel of Jesus more than his followers living out his call to forgive? Its counterculture and supernatural nature confronts onlookers with their own limitations. It sets them in search for the source of such love beyond the idols of our material world.

Despite the power of forgiveness, Christians often don’t join in.

Sadly, Christians reflect the cultural attitude of vengeance rather than Christ’s countercultural posture of forgiveness. That’s the politics of 2019, for sure, but that’s not the call of the Christian.

Just as in Christ’s parable of the unforgiving servant, we have experienced unfathomable forgiveness from our king and promptly gone out into the world demanding what we owe. Forgiven a debt we could never pay; we squabble over pennies.

In this respect, these acts of forgiveness are even an apologetic to the church, a call to us to reciprocate the very forgiveness we applaud.

Fourth, forgiveness frees the soul of the one forgiving.

So many examples of forgiveness come out of the African-American church—from Mother Emmanuel to today. They have been longer on the margin of society and they remind us of the power of forgiveness. Many have been more wronged.

Tyler Burns made the observation:

Brandt Jean’s act of forgiveness was a moment of immense personal strength and Christ-like character. But we often magnify these gestures because we desire neat, tidy endings that help us make sense of tragic circumstances. We are real people who feel the full range of pain, anger, sadness, hope, forgiveness, and love.

ALL of these expressions are human and can be faithful to God. I’m not advocating that we withhold forgiveness, but that we should be reflective even as we extend it. And refuse to weaponize it against those who may not be there yet.

Burns’ observation has broader application. In any society, the most profound examples of forgiveness are going to exist in contrast to the deepest injustices.

While the enduring reality of racial violence certainly has many—and often highly publicized—examples of Christian forgiveness, other communities have had ample opportunity to voice similar struggles. This decade the majority of these examples of profound acts of forgiveness have come from Christian women, children, people of color, refugees, and similar disenfranchised groups.

Forgiveness makes the road to healing possible, but not instantaneous. It is the opening, not the conclusion. This is where the church needs to step in as agents of reconciliation in this ongoing process of healing for victims even after they’ve forgiven.

The ongoing act of forgiveness

There’s this misconception that forgiveness is a one-time act—forget and move on. What a wonderful world it would be if this were the case. However, we each have both our own and our collective memories that we carry throughout life. The pain others can cause us, although lessened by the power of forgiveness, may continue for decades.

But the beauty of the gospel is that we have the opportunity to continue to reflect God’s very nature of forgiveness, healing, and reconciliation through a heart and mind committed to forgiveness and understanding that we live in a fallen world.

When we are able to say with heartfelt words that we have forgiven those who have harmed us most, we have understood not only the power of transformation but also the gravity and enormity of what Christ did on the cross.

Brandt forgave Amber. It reminds us of who Jesus is, who we are in Christ, and points the world to a different way.

He Hugged the Woman Who Shot His Brother: The Power of the Gospel in the Botham Embrace.

He Hugged the Woman Who Shot His Brother: The ...