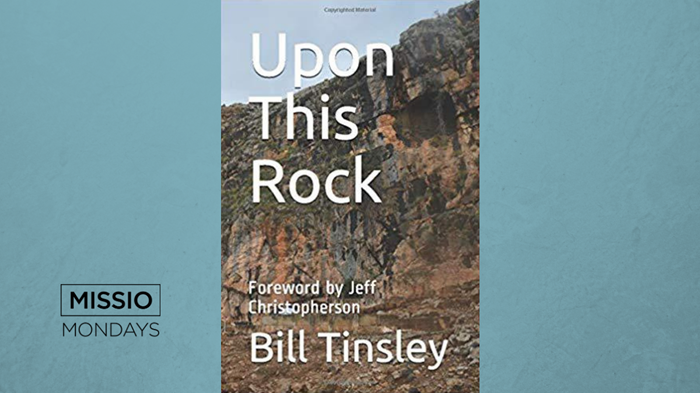 To meet your hero can be an utterly profound thing. To spend precious moments with a life-altering personality that you had followed only from a distance has a curious way of sifting one’s thoughts. To meet the very person whose writings have made such an indelible imprint on your own life’s trajectory must be one of life’s greatest privileges.

And I had that joy.

Several years ago, I was speaking at a large gathering of church planting leaders where I was sharing something of the story of how we had seen God do amazing things in our church planting work in the Greater Toronto area.

During one of the meal breaks, I was loading my plate at the buffet, and across from me, below the “sneeze guard,” I could see a name tag which read, “Bill Tinsley.” Losing all interest in my immediate task, I cautiously asked, “Excuse me sir, are you the Dr. William Tinsley who wrote the book, Upon This Rock?”

I pressed further. “Would you have a few minutes to chat?” Bill gestured to the tables, “Why don’t we eat together?”

And so we did. With a sense of holy anticipation, I began to relate to Dr. Tinsley where I was spiritually and emotionally before reading his book—and how God used it to change everything about my present, and the trajectory of my future. If there was one man, one book, that God used more any other, it was the man across the table from me.

As I write this, I am traveling to a global church planting conference in Thessaloniki, Greece. Church planting leaders from 95 countries around the world will be gathering in the very city where Paul requested prayer for the “gospel would run” (2 Thess. 3:1)—as answers in themselves to Paul’s prayer of faith.

Heroic men and women happily paying unimaginable costs to bring the gospel to some of the planet’s most unwelcoming geographies are gathering for encouragement, inspiration, and mutual learning. As I consider how my words might support them as I envision the upcoming gathering, words seem like such a small thing on my part.

As I literally ferry my way closer to the event, my mind travels back in time. How did a country boy from Prince Albert, Saskatchewan find his way here? How did a shy, introverted son of a welder make his way to be an encouragement to gospel missionaries in the very cradle where missions were born? How is it that I am able to experience this kind of grace? (The answer to that question has everything to do with the power of God to do more than we can imagine.)

It was 1986 and I was an optimistic, rosy-cheeked graduate fresh from Southwest Baptist University in Bolivar, Missouri. Having long sensed a call to bring the good news to my homeland, I accepted a position to be a church planter in the oil town of Lloydminster, Alberta. I was single, strategically clueless, had no local connections, but had a heart full of spiritual verve. I found a full-time job at a furniture store, and bi-vocationally began to plant the church which ironically would be named Victory Baptist Church.

So, the 21-year-old version of myself worked days at the furniture store and spent evenings knocking on doors inviting people to a hotel conference room which was to be the home of a new church.

Door after door, night after night, week after week, I found a polite yet sustained disinterest. I was fully expecting my obedience and faithfulness to translate into burgeoning baskets of spiritual fruit – but instead the lush, bumper crop that I had imagined was actually a dry, barren field.

There were precious few successes to which I could point. I had to learn a whole new language to camouflage my ministry to others without tipping my hand that I was actually a ministry failure.

The vim and vigor that I started with began to leak badly. Embarrassment took the place of my former enthusiasm. The thought of spending a life doing this sort of thing seemed like the worst possible fate. Why did I tell so many people that God had called me to ministry? What was I thinking? I was deeply discouraged.

Thoughts of my father’s welding shop began to preoccupy my thoughts. He had a thriving business that employed a dozen or so journeymen welders. I grew up in the business and knew it well and was confident that my dad would be happy to make room for me.

I began to plot out my exit from ministry. I would have to employ my new spiritual language that equated faithfulness to fruitfulness, but I was mastering that already. I just had to get out.

My apartment in Lloydminster was a one-room bachelor suite. I didn’t have a television, just a sound system with a record player, tuner, and a new CD player, and several bookshelves filled with what I once thought would become my tools of the trade.

I loved books. I had shelves of Bible commentaries, shelves of books on philosophy, especially 20th century existentialism, and a shelf of books on ecclesiological subjects; church growth, Christian education, evangelism and outreach, and a couple of books on church planting.

My evening forays into the community as I expectantly knocked on doors became much more infrequent. Instead I spent most evenings, alone in my bachelor suite, listening to music and reading. If I had some books on “expanding your father’s business,” I would have enthusiastically read them – but I had none. So, I read what I had. Kierkegaard seemed to make me feel less miserable.

Sometime earlier, I was given a book called, Upon This Rock: Biblical Dimensions of Church Planting by William Tinsley, but it came too late in my church planting story. I had already emotionally checked out of the whole idea, so the book just sat on my shelf gathering dust. I didn’t need another reminder of my failure. I had only two other books on church planting and had read both of those several times—and they didn’t seem to help much. What could this book do?

But it was a small book; what could it hurt? So, I pulled it down from my shelf, pushed back my green vinyl recliner, and began to read.

And that was a mistake for the ministry exit plans that I was making.

All these years later I cannot remember which chapter grabbed my spirit and began to reorient my thinking away from personal failure and toward the faithfulness of Christ, but by the time I had finished the book, the Holy Spirit had done a number on me.

The heavy burden of being unsuccessful in ministry had been lifted and was replaced with a new love for the One who had called me into ministry in the first place. No longer was I preoccupied with thoughts of escape, instead I began to reimagine a life following Jesus. And what a joy it has been to live that life.

God took the one thing that once caused dread, fear, and discouragement and transformed it into a passion that has been sustained over a lifetime.

And so, after more than 30 years, that little book is back. If you resonate at all with my story, if you feel discouraged, paralyzed and spiritually and emotionally defeated, perhaps my friend Bill’s little book, Upon This Rock: Biblical Principles of Church Planting, may be a piece of God’s answer to you.