Missionary Insights into the Mind of the Unchurched in the Heartland

In Oklahoma, a person’s ideas about faith more likely come from media than from the Bible.
Chris Forbes 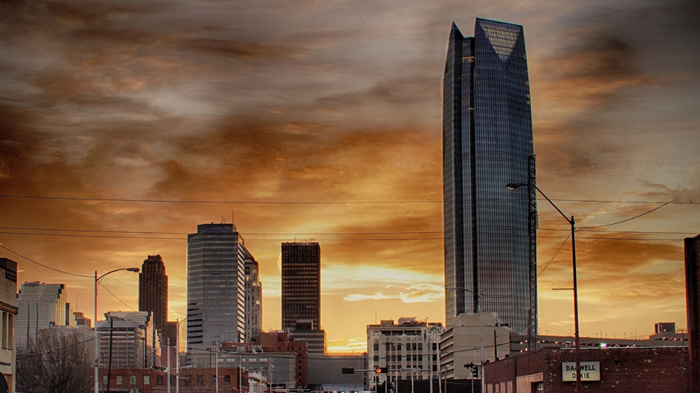 When missiologists study North America, they usually use research conducted on a national scale to reveal cultural trends that shape ministry strategy locally. But recently, research was conducted in the heartland state of Oklahoma that is revealing insights that might shed light on what the unchurched think in other places as well.

A survey of 1,000 Oklahomans was conducted online using a curated scientific sample of the state’s estimated 2.3 million unchurched. Respondents were asked a wide variety of questions, including queries about their religious participation, esoteric and spiritual beliefs, worldview paradigms, and demographics.

A clear picture of the state’s unchurched emerged and was developed into a book, Hidden Harvest: Discovering Oklahoma’s Unchurched. The book is free and available to anyone online as an e-book download. Here are a few key findings.

A Snapshot of Religious Participation in Oklahoma

When most people think of Oklahoma, they might be tempted to think that state has been reached, or is over-churched. With what seems like a church on every corner, surely almost everyone there is a believer. But research reveals a different reality.

Statewide totals from the survey clarifies the spiritual orientation of the state, revealing that only 40 percent of Oklahomans have regular involvement with church, 31 percent were formerly involved with church, 23 percent are unaffiliated with any religion, and approximately 6 percent of the state’s unchurched are inactive members of a religious group other than Christianity.

The survey segmented the responses and identified two main groups of unchurched: the Nones and the Dechurched. The two groups are defined by the research:

The Dechurched: People who have attended church at some point in their life who have not been active for a long period of time. This group often holds beliefs that are consistent with Christianity, though they may not have an accurate understanding of the gospel or have a personal relationship with Christ. In Oklahoma, 60 percent of the total unchurched fall into this group. We estimate that approximately 1.3 million Oklahomans are dechurched.

The Nones: People who have no religious affiliation of any kind. This group may have never attended a church in their life. In Bible-belt Oklahoma, as hard as it might be to imagine, 40 percent of the unchurched have zero affiliation with any religion, an estimated 920,000 Oklahomans. This this means that 23.5 percent of the state’s total population are “Nones.”

Christian researchers have been talking about the decline in spirituality in America for decades. Oklahoma used to be an exception to this rule, but it is evident from the survey that young people are leaving church in the state and becoming dechurched or identifying with other non-Christian religious views. 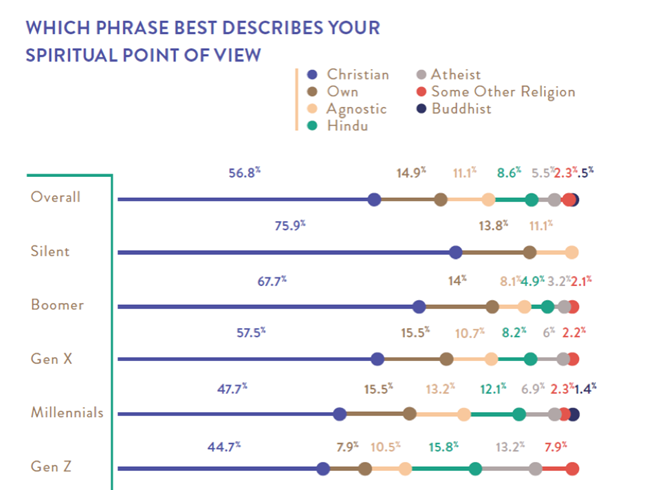 Christianity is still by far the most influential religious group in Oklahoma. However, the state does have a good number of other religious groups. For example, Hinduism has become more prominent with younger people. Another group that is showing significant growth outside the Christian faith has no faith at all—atheism. Younger generations especially are moving away from organized religion. Many are creating their own religious ideas apart from the Bible and the influence of the church.

All this talk about the religious beliefs of the irreligious might make you believe there are a lot of freelance spiritual seekers out there. But the research seems to suggest otherwise.

The Nones are not religious and not spiritual

You hear a lot about The Nones these days. We wondered what the religiously disaffiliated were like in Oklahoma. It turns out that Nones are none too spiritual.

For a long time, it has been the standard of preachers and contemporary culture experts to say that the unchurched are, spiritual, but not religious. This conjures up the idea that unchurched people are actively pursuing spirituality outside the church.

Nones are winging it religiously

Religiously unaffiliated Oklahomans do not seem highly motivated by spirituality, but they do form religious ideas. The study suggests they make it all up as they go, piecing together their own faith narratives that borrow from movies and music and social media. Today, a person’s ideas about faith might more likely come from a Harry Potter movie or video game than a sermon or the Bible.

Among Nones, 37.1 percent said that they had settled on their own spiritual point of view, just over a quarter said that they were agnostic (27.6 percent) with 13.7 percent claiming to be atheist.

If the religious landscape is changing so dramatically in a state regarded by many as the buckle of the Bible belt, what should be the approach for evangelizing in the heartland?

Since the unchurched are not seekers actively looking for spiritual things, believers will have to take the initiative in evangelism. Increasingly, ministry leaders will need to learn to contextualize evangelism the same way international missionaries do.

Because the unchurched are syncretizing their beliefs from various contradicting sources, witnesses need to take the time to understand each individual’s beliefs to be able to better communicate with them. However, since the unchurched are creating their own beliefs systems as they go along, it is likely they can be persuaded to understand the gospel with respectful dialog.

More details and ideas can be found in the free e-book, Hidden Harvest: Discovering Oklahoma’s Unchurched. Download it at https://www.HiddenHarvestResearch.com/.

Chris Forbes is a Christian branding and marketing specialist working for Oklahoma Baptists.

Missionary Insights into the Mind of the Unchurched in the Heartland

Missionary Insights into the Mind of the ...