Without tolerance of different worldviews, there will be no dialogue or progress.
Ed Stetzer and Josh Laxton 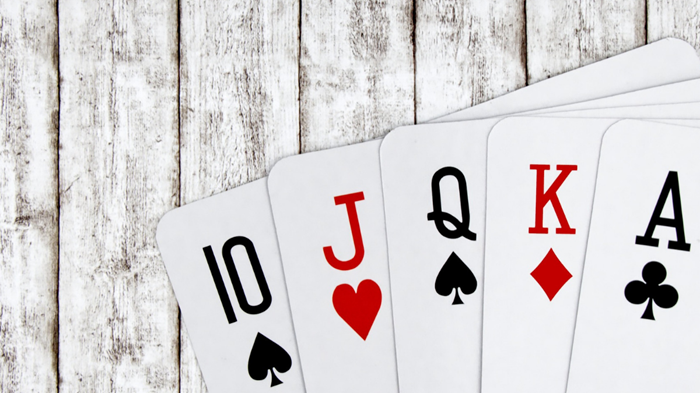 Just the simple fact that I used the word “trump” in my article’s title is sure to generate hate mail. Some might see it as a subversive tactic to promote the current president—others the opposite. Neither is the case. I’m simply using it as a hook for you to read what should be the “trump card” this political season.

If you’ve ever played a card game, like Spades, you understand the idea of a “trump card.” If you play an Ace of hearts and I don’t have any hearts, I can then play a “trump card” and beat your Ace.

In this article, I want to briefly share what this political game is about, how people tend to behave in the game, and conclude with an exhortation to believers to play the trump card of virtue and civility during this political season.

What’s this political game about?

…Of all the dispositions and habits which lead to political prosperity, Religion and morality are indispensable supports. . . . And let us with caution indulge the supposition, that morality can be maintained without religion. Whatever may be conceded to the influence of refined education on minds of peculiar structure, reason and experience both forbid us to expect that National morality can prevail in exclusion of religious principle.

Religion, at the very least, provides a framework for morality.

Our political climate has always had sides that disagreed and fought over the role of government within culture. Small government verses big government. Yet, for the most part there was a common worldview held by both sides. That is no longer the case.

What is transpiring today is the clash of two completely different worldviews—an accelerated culture of secularism facing off against an aging culture of Christendom.

For many Americans, the stakes are extremely high as they engage in what James Davison Hunter calls the “culture war.”

How do people tend to behave in this game?

Who really likes to lose? With the opposing sides believing what’s on the line, the vehemence and hostility shown from both shouldn’t surprise anyone.

James Davison Hunter, years ago in his book, Culture Wars, describes the back and forth hostile climate as competing visions for a preferred American future. Within this war for the culture—from a place of desperation—each side has to discredit the opposing side to gain legitimacy for their beliefs, views, and policies.

In other words, in an attempt to win and become king of the proverbial cultural hill, they have to make the opposing side out to be the enemy.

Political seasons are typically super-charged. But it seems that over the last few political cycles they are becoming downright vicious. Truth be told, it seems there’s nothing but clanging noises of people shouting, yelling, and demonizing those who hold differing political views.

What I believe we are witnessing today is a climate where fire is fought with fire. I have been a critic of President Trump. I believe there are things that he does that is unbefitting of the office of president. I also believe that he has riled up some right-wing conservative evangelicals who have adopted such tone and rhetoric that dismisses, discredits, and demonizes the other side.

However, the same is true for many on the left. Elizabeth Warren mocking response to a question posed to her at the most recent Equality Town Hall was telling. She pretty much dismisses anyone—particularly a man who would hold a traditional view of marriage. What’s interesting is that in a follow up question, Warren answers it by singing a song she remembers from her church when she was an adolescent. The song? “Jesus Loves the Little Children.”

After singing the chorus, she describes how that song expresses how she sees her faith informing her of those who would identify as LGBTQ. But I find it odd that her faith informs how she sees those in the LGBTQ community, but not the “old-fashioned” man who holds to a traditional view of marriage.

What seems fairly obvious is that we live within this environment where tolerance is lacking towards anyone who holds a different worldview or who embraces a different policy. And if tolerance doesn’t exist, neither will dialogue or discussion.

The Common Good, the Great Commandment, and the Golden Rule

What is the “trump” card within such a hostile, vitriolic climate? People who work for and towards the common good, who love God and love others, and who do unto others as they would have them do unto them.

Could you imagine the future of a nation that consisted of a group of people enacting such virtue and civility?

Such behavior will serve as a breath of fresh air amidst such a life-sucking environment. But even more so, as we move deeper into the 21st century, such behavior will be vital for the church to fulfill her greater purpose—to give witness to the lordship of Christ.

Therefore, virtue and civility—embodied in working for the common good, loving God and others, and treating others the way we would want to be treated—will be our trump card in the age of hostility!

To help lead out in displaying civility in a political culture of hostility, I am partnering with the National Institute for Civil Discourse and their Golden Rule 2020: A Call for Dignity and Respect in Politics initiative to promote civility in our country.

The launch of this initiative will take place on November 3, 2019—exactly one year before the 2020 election.

On this day, congregations are invited to take a few minutes in their worship service to 1) pray for our country and 2) promote the application of the Golden Rule and other Christian principles in political discussions.