Lausanne
Lausanne North America (L-NA) is committed to extending the influence and passion of Lausanne Movement by connecting influencers and ideas on mission and evangelism for Christ and His Kingdom. Read more from this column.
October 24, 2019Lausanne

The globalization of the Indian populace has built bridges for Indian Christians to engage the world at large.
Sam George 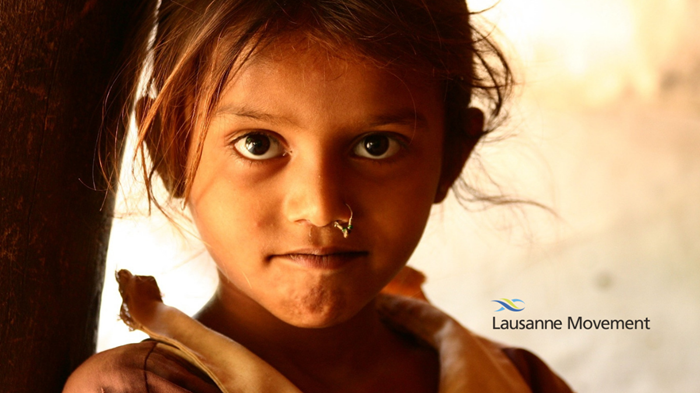 World Economic Forum recently reported that India has the largest diaspora in the world, citing the latest migrant stock dataset from the United Nations population division.

These figures do not include all people of a particular national origin who have switched citizenship or children born to them in foreign countries. A McKinsey report says that 90 percent of cross border migrants move voluntarily for economic reasons. They earn 20-30 percent less than native workers and contribute to about $3 trillion more to the global GDP than if they had worked in their own countries.

The WEF claim, however, has a technical problem with its definitions of migrant and diaspora. China may still have the largest diaspora with its long history of migration and India is a close second, but the Indian population is more dispersed. One may assert that the Sun never sets on the Indian Diaspora (akin to the British Empire in the past).

Last month, the Indian Prime Minister Narendra Modi held a public rally in Houston, Texas to showcase the size and vitality of the Indian American community, now nearly five million strong and the most educated with the highest household income of all ethnic groups in the country.

A football stadium filled with over 50,000 people from a wealthy, model minority group was irresistible to the witnessing crowd and support-seeking American politicians, including U.S. President Donald Trump, several senior elected officials, and business leaders.

The Houston event exposed the hypocrisy of both nations. It was a carefully choreographed publicity stunt and succinctly tagged for a social media savvy Indian Prime Minister as #HowdyMody. But two weeks later when Prime Minister Modi hosted the Chinese President Xi Jinping in the southern Indian state of Tamilnadu, #ModiGoBack was trending on social media.

The U.S. lawmakers enjoyed partying with the wealthy Indian Americans in Texas while many Mexican immigrant minors were detained at the border nearby. The Indian leader talked about freedom of faith and equality for all citizens in his address to the U.S. Congress in 2016, but silences dissent in the media, bans certain foods, imposes a language, and allows persecution of religious minorities.

There is no doubt that over the last three years India has emerged repeatedly as the top source of international legal migrants. There is also an increased incidence of illegal migrants of Indians and those who overstay beyond visa permits in many destination countries. The global Indian diaspora are powering factories, tech companies, banks, hospitals, and colleges around the globe. The growing middle class of India with skills in the latest technologies and knowledge of global opportunities are willing to go to the ends of the earth.

However, this has not always been the case.

Historically, Indians have been migrant resistant people and believed that they must live and die in a place close to where they were born. The civilizational values were opposed to migration, and religious beliefs and practices restricted any movement of people. The geographic barriers of mountain ranges in the north and oceans in the south kept the subcontinent isolated from the rest of the world.

Many came to the region through passes of the northwest frontier, and the discovery of monsoon winds boosted the influx of distant merchants. Although many Arabs, Jews, Greeks, Persians, and Chinese came to India centuries ago, not many Indians ventured far from their homelands. Of course, there are some exceptions among the lower caste, traders, coastal communities, and social outcasts who were eager to break out of geo-religious restraints.

Hinduism is a rooted religion and landlocked in its beliefs and practices. As per the laws of Samudrolangana, traversing the large expanses of water is often associated with contamination, defilement, and loss of purified Hindu essence.

The religious prohibition of crossing Kala Pani (black waters), the fear of pollution and social ostracization, trepidation over dying in a foreign land, etc. have kept them bound and captive to geography. The janma bhoomi (land of birth) is closely tied to the concept of punya bhoomi (sacred land), karma bhoomi (land of duty), and moksha bhoomi (land of salvation).

The religious taboo of caste demotion, the disruption of reincarnation cycle, being cut off from the regenerating powers of the Ganges, and the need for ritual purification upon return have imprisoned millions to the land over centuries.

Because of economic liberalization, educational aspiration, and the political ambition to be a global power in the future, the people of India are breaking out of cultural and religious shackles of the past. The record levels of rural-to-urban migration in India have only created a new stage for their subsequent global dispersion.

The technology skills, English language (India boasts the largest English-speaking populace in the world), work ethics, multicultural sensibilities, and motivation to succeed and accumulate wealth will continue to scatter many more millions in the coming years.

Migration is fundamentally a disruptive phenomenon. The globalized Indians who are upwardly mobile are quick to break out of the bondage of geography. They seek liberation by migrating to nearby cities to live in relative anonymity, free from obligations bound up in a place, and defying religious restrictions.

They choose to pursue education and jobs that do not curtail their freedom or have them live coerced by the age-old meaningless traditions. In the process of unshackling from the past, migration exposes them to new ideas and they tend to compare themselves against other worldviews—and many come closer to the gospel claims of Jesus Christ.

As they pitch their tents in the far corners of the globe, many uprooted people from India are becoming Christians at considerable numbers. They find greater freedom in Christianity that is more suitable to their contemporary migratory and mobile world. They are drawn to the life and teachings of Jesus Christ and find soul-cleansing.

They are quick to abandon their caste identities and the subsequent generations assimilate into the host cultures while becoming estranged from their ancestral homelands. Many are joining evangelical and charismatic churches and now playing an increasingly visible role in the leadership of many churches and institutions globally.

India has one of the largest cross-cultural missionary forces in the world, but most still serve within the country. The globalization of the Indian populace has built bridges for Indian Christians to engage the world at large. India holds enormous potential to become a global missionary-sending nation.

With missionary passion, language and leadership skills, and economic means, the Indian Christian diaspora is rising to join hands with the existing and new majority world leaders to advance the Missio Dei globally in the 21stcentury.

Just as the Jewish diaspora shaped the trajectory of Christianity in the first century, today's diasporas are shaping the frontiers of the faith and will become a global missionary force in an era of missions from everywhere to everywhere. Will the Indian diaspora play its part in this emerging reality?

Sam George, Ph.D. is the director of Global Diaspora Institute at the Billy Graham Center at Wheaton College and as a global catalyst of the Lausanne Movement. He is the author-editor of DESI DIASPORA (SAIACS Press, 2019), DIASPORA CHRISTIANITIES (Fortress Press, 2018) and other books.