In this first of five articles, I want to shed some light on what may be hindering us from kingdom work.
Ed Stetzer 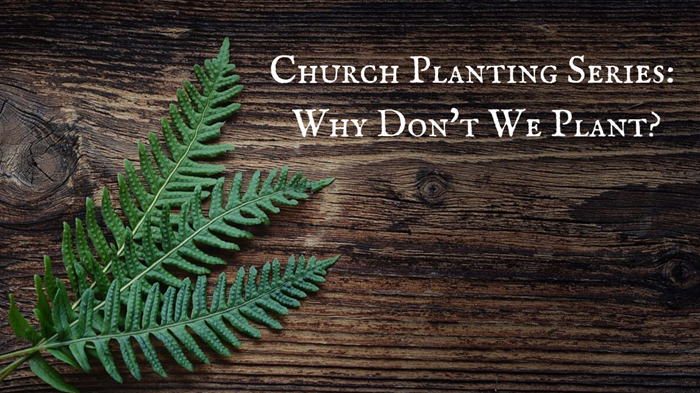 Image: Pixabay/Pezibear
While many articles on The Exchange already focus on the topic of church planting, today we are beginning a new series that dives deeper into planting. Our goal is to give you knowledge and inspiration as your church begins—or continues—to prioritize church planting as one of its missions.

This series will be broken down into five parts. We’ll begin by talking about the reasons why churches don’t plant and we’ll answer common questions about the idea of brand new churches planting another new church. Then, we’ll dive deeper into ways to get involved and we’ll talk about how to create a church culture that breeds eagerness for planting. Finally, we’ll give more practical advice on how to church plant.

In church culture today, church planting is not always emphasized as much as it should be. We have a tendency to focus on our own churches and the ways we can help our church thrive. But what if being involved in the planting of a new church could actually help our church thrive? What if we’re holding our churches back from doing beautiful kingdom work?

The first step to addressing these questions is to talk about specific reasons why we avoid church planting. Churches typically avoid planting because of four main things. Some churches struggle with all of them, some only struggle with one. But it’s important that we address these issues so we can then begin to move past them.

Churches often have the perception that if they send people from their churches into new spaces, there are going to be negative effects. For example, we worry that our church will lose all of its members to the new church, and that the mother church will be left with nothing. This is a completely rational fear, but we can’t let it hold us back from ultimately getting involved in church planting.

I was recently in Rome, and I interacted with members of a church that had sent many of its members off to a new church in a church planting effort. Their church went from 50 people down to 30, which is a perfect example of why people fear church planting. It evokes fear in us, making us ask God questions about multiplication: How is God going to use our people to grow a new space? Will our church fall apart when we lose people?

Losing people may be an obstacle, but it can also be an opportunity for new leaders to develop and emerge, which benefits the Kingdom of God.

Jeff Farmer, now a professor at New Orleans Baptist Theological Seminary, wrote his dissertation on the topic of church planting. He analyzed the growth of churches and the long-term effect that church planting has on groups. Farmer ultimately found that those who planted new churches ended up in a healthier state than churches that avoided planting.

This demonstrates that although planting can be scary, it typically helps our churches in the long run.

In the English-speaking, Western world, we do not have a culture of multiplication. To go back to the church I interacted with in Rome, they multiplied because they knew God was calling them towards it. You would be crazy to find a church of 40 people in the U.S. that eagerly sends out 20 people on a planting mission.

In much of my part of the world, we have a culture of individual church growth rather than a culture of overall Christian growth through church planting.

We must get past our inclination to only focus on individual growth. We must maintain that the gospel is the primary driving factor behind everything we do. When we do that, multiplication will become our focus and the Christian church will grow for the benefit of Christ.

We will continue to address this idea of multiplication in a later article.

3. The Challenge of Finding Leaders

The third problem that holds churches back from planting is that many churches have genuine difficulty finding leaders. Right now, most church planting is driven by single church planters rather than by churches themselves. In the 1970s and 1980s, churches planted new churches; they would find a new pastor to fulfill the call they’d heard to build a new church in a new area.

This used to be a common occurrence, and it helped many new churches develop. It was a beautiful thing.

Since the early 1990s, however, church planting has been driven by entrepreneurial individuals. The mother church was replaced by a single leader. That leader is the driving force behind church planting; they are responsible for the majority of tasks related to planting the new church.

The problem is the sheer lack of entrepreneurial planters today. In order to fix our problem of lacking leaders, we need to get the mother churches more involved. We ought to shift responsibilities from a single person to a group of people, that way there are more opportunities for more people to serve in smaller roles.

The final reason that churches avoid planting is that our kingdom visions are often clouded by our personal visions. We want our church to look the way we want it to, but we must remember that our ultimate goal is to serve the large Kingdom of God rather than the kingdom we build within our church.

Bob Roberts is famous for (among other things) church planting. His church has helped plant 27 churches within a few miles of his church. With these 27 churches, over 20,000 people were within driving distance of a church, but attending church plants rather than Northwood, where Bob pastors. Bob helped reach countless people because he made the church more accessible.

Of course, Bob probably gets the math—that his mother church would have more members if he planted less. His church may have wondered why he continued to insist on planting new churches. But Bob knew that planting was kingdom work, and he kept his eyes on the vision of the kingdom.

And isn’t this the a key goal of church planting? To make Christ known to new people, to see more following Jesus? We should all try to be like Bob and keep our eyes on the kingdom as we dive into church planting.

More in Part 2 next week.