The World Evangelical Alliance was founded in 1842 on one simple, biblical idea.
Brian C. Stiller 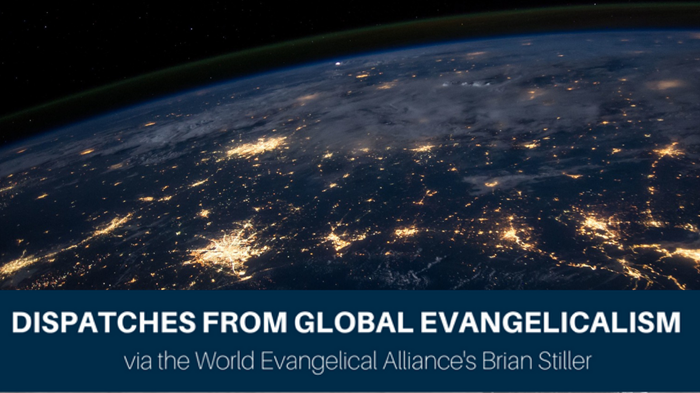 In 1960, there were 90 million evangelicals. Today, there are over 600 million. During a span of a few decades, this sector of the Christian world has exploded.

In its growing community, a fellowship and organization has been at work, linking and building a remarkable network of indigenous evangelical alliances and fellowships in 130 countries. Formed in the mid 1800s, the World Evangelical Alliance (WEA) is generally unknown, under the radar, and, more often than not, threadbare in its operation.

The WEA began in 1842 as 800 church leaders, representing 152 “bodies of Christians” from 11 countries, met for 13 days in London, attracted by one simple, biblical idea.

The Second Great Awakening (1791-1842) had flowered a heart for unity. Influenced by the spiritual awakening felt on both sides of the Atlantic, attendees sought fellowship that too often was constrained by denominational barriers. (Three years earlier, a meeting in London was advertised to discuss unity in the church. Although the building accommodated only 400 people, 11,000 tickets were handed out, much to the annoyance of those who couldn’t get in.)

These leaders were inheritors of William Wilberforce and his colleagues, who just years earlier had truncated the British global enterprise of slavery. The felt need for spiritual bonding was fused with a new kind of social consciousness: British members were adamant that the gospel speak to issues of social justice such as working conditions and child labor.

An odd place to meet

In this gathering, they chose to initiate a global network and fellowship, without central organization or funding, creating a global identity for Protestants who had a heart for biblical orthodoxy and desire for fellowship.

Their plan was to link arms across church and national boundaries. Calling it the Evangelical Alliance, they made Psalm 133 their rallying theme: How good and pleasant it is when brothers live together in unity. One year later, they began the “universal week of prayer,” a tradition still carried on.

A time of enormous change

Christians, especially in the European theater, were about to be offset by ideas, wars, and social upheaval. Marx wrote his Communist Manifesto in 1848. Darwin was about to launch his theories of evolution. Anglican priest John Henry Newman converted to the Catholic Church. Two global wars sucked up the energy of the first half of the 20th century.

Critical to a fragmenting among Protestants was what followed from the 1910 Edinburgh World Mission Conference. After this first-of-its-kind in church history, the Protestant church was pulled apart by a shift in theology.

In a follow-up meeting to the Edinburgh event, in 1928 at the World Missionary Conference, a book circulated by the secretary of the International Missionary Council which questioned the deity of Jesus. This liberal/conservative clash further accentuated the pull among evangelicals to revive their 19th-century identity.

On August 5, 1951, 91 delegates convened in Zeist, the Netherlands. After a week of meetings, sermons, worship, and prayer, their consensus was to revive their earlier plan of organizing globally around Jesus’ call for unity under a new name—the World Evangelical Fellowship (renamed the World Evangelical Alliance in 2004). Anglican pastor and teacher John Stott, in biblical exposition, provided a threefold vision and purpose from Philippians: Fellowship in the Gospel (1:5); Defense of the Gospel (1:7); Advance of the Gospel (1:12).

They moved to set up a modest organization, creating commissions on theology, missions, and religious liberty. Their global network set standards of theology, mission, and religious freedom. Crossing cultural, physical, linguistic, and ethnic boundaries, they created an alternative to the newly-established World Council of Churches.

Without any central planning, National Alliances sprang up. The NAE (the National Association of Evangelicals in the U.S.) began in 1942, in part to champion fair usage of religious broadcasting. In 1951, The Evangelical Fellowship of India was launched. Often modeled on the first Evangelical Alliance in the United Kingdom, these fellowships and alliances began without a master plan or organizing matrix.

Today, in 130 countries and counting, each at their own level of expertise and national representation, these groups exist to be a voice speaking to their church community, building unity and fellowship.

Externally, they voice concerns to governments and civic society, being both prophetic and pastoral. After the recent killings in Sri Lanka, their National Alliance exerted a calming Christian presence in the aftermath of government back lash. In Japan after the tsunami, they formed CRASH JAPAN! to facilitate goods, services, and volunteers pouring into the country.

What is our calling as evangelicals? Making up a quarter of the world’s Christians, we are vitally active in ministry start-ups and new church plants, generous in creating humanitarian initiatives, bold in recruiting personnel for missions and NGOs, and creatively using modern media. But what else might be part of our future?

Could it be that of all we do alone, we might do better together? Might it be that the time has come that we would take the prayer of Jesus seriously – that we might be one, even as he and the Father are one? I think so.