Our testimonies should point to God's faithfulness even before our conversion.
Laurie Nichols 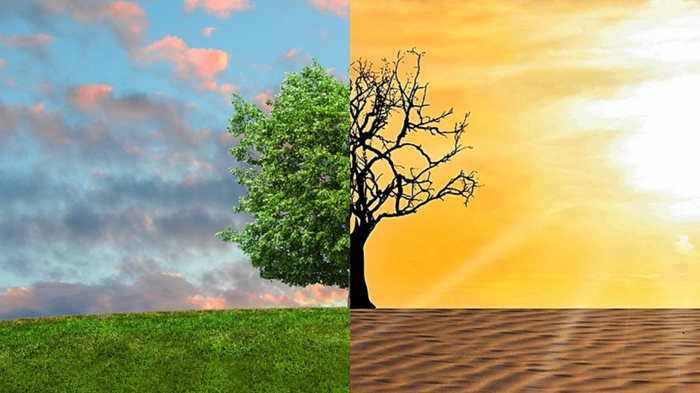 Much ink has been poured into the power of personal testimony—as it should. We live in a world of story, of narrative. For millennia, we have been calling people into the grand narrative that we call Scripture. We’ve used what God has done in our lives to invite people into a bigger story.

“I once was blind, but now I see,” for all of its glory is often way more complicated than it sounds. We have obstacles both inside and outside to understanding our stories and what God is up to.

For many of us, “I once was blind, but now I see” is our echo through the hallowed halls of both institutionalized religion and a skeptical world that can easily strip us from seeing the creator of our story—God himself.

Just a few days ago, our staff went through the sometimes-painful-but-always-inspirational practice of sharing our testimonies of how we came to faith. They were as varied as each person—from early-life conversion to finding Jesus just outside the pit of hell.

For some, it was easy to share, even natural. For others, old wounds reemerged and threatened to overwhelm. In his Requiem for a Nun, master writer William Faulkner writes this pithy line: “The past is never dead. It’s not even past.”

So true. Our personal testimonies, as one of my friends recently commented, are our “pearl of great price”; they are the key to understanding a good part of who we are. For better or worse. Even in Galatians 1:13-24 we read of Paul’s testimony:

For you have heard of my previous way of life in Judaism, how intensely I persecuted the church of God and tried to destroy it. I was advancing in Judaism beyond many of my own age among my people and was extremely zealous for the traditions of my fathers. But when God, who set me apart from my mother’s womb and called me by his grace, was pleased to reveal his Son in me so that I might preach him among the Gentiles, my immediate response was not to consult any human being. I did not go up to Jerusalem to see those who were apostles before I was, but I went into Arabia. Later I returned to Damascus.

Then after three years, I went up to Jerusalem to get acquainted with Cephas and stayed with him fifteen days. I saw none of the other apostles—only James, the Lord’s brother. I assure you before God that what I am writing you is no lie.

Then I went to Syria and Cilicia. I was personally unknown to the churches of Judea that are in Christ. They only heard the report: “The man who formerly persecuted us is now preaching the faith he once tried to destroy.” And they praised God because of me.

In 1 Timothy 1:15 Paul concludes: “This is a trustworthy saying, worthy of full acceptance: Christ Jesus came into the world to save sinners, of whom I am the worst.” There you have it. The worst.

Consider your own personal testimony. In all likelihood, there is some negative emotion attached to it. Maybe you grew up in the church, trusted in Jesus early on, and wish you had a more “exciting” story to tell.

Perhaps you’ve been the victim of great abuse and shame reemerges whenever you openly share your past with another. Like Paul, maybe you’ve been the one to cause great pain in others. Each past carries with it a weighty cost.

True. But each story is precious and puts on display two critical components of the imago Dei: First, Christ in us, the hope of glory.

And second, God divine orchestration. In Paul’s testimony, we may miss something equally important: his confession is laced with God’s orchestration. His sins were done even though God had “set me apart from my mother’s womb and called me by his grace.” In God’s timing, he revealed himself to Paul. Paul’s before (his Saul persona, if you will) was not outside of God’s hands. In fact, it was the very cauldron where Paul the evangelist, the proclaimer, the lover, the zealot of Jesus, was birthed.

God at Work Before

In The Weight of Glory, C.S. Lewis talks about what it means for us be delighted in by God—the possibility, after all, that our deepest desire and nature is nothing less than the God of the universe loving us. In the masterpiece, Lewis writes, “There are no ordinary people. You have never talked to a mere mortal—they are immortal horrors or everlasting splendors.”

When we look around us at the vastness of humanity, we may be lulled into thinking that those who haven’t trusted in Jesus don’t have a personal testimony—that they have no concept of “I was blind, but now I see.” Nothing could be further from the truth. Rather, what they may not know or may not have been told, was that their story has already begun if they have the eyes to see.

God is all around us. This isn’t just wishful thinking. The earth declares his glory. The rocks will cry out. Our words, our deeds, our lives shriek of God’s love in us and for us.

Our personal testimonies of faith are indeed our pearl of great price. We have been given the opportunity to open them up and show them to the world, without shame, without hesitation, without confusion, knowing that these may allow our friends who don’t know the love of God to see it reflected in their own personal stories.

I left our meeting sad for what too many of us have suffered. But more than that, I left the meeting in awe of how brave we all are to live into the story God has uniquely gifted to each of us.

Your personal testimony matters, friends. To you—and to many others who just may begin to see that they have a story as well. And that it has, in fact, already begun.

Laurie Nichols is Director of Communications and Marketing for the Billy Graham Center at Wheaton College, creator of the Our Gospel Story curriculum, and co-host of the new podcast, Living in the Land of Oz. She formerly served as Managing Editor for Evangelical Missions Quarterly. Laurie is involved in anti-exploitation efforts when she is not spending time with her husband and two kids.