Alone on a Friday: Isolation, Identify, and the Forsaken Savior of the World

If being alone during this pandemic is especially hard, look to the One who experienced loneliness at a level we never will precisely because he faced what he did for us on the cross.
Ed Stetzer 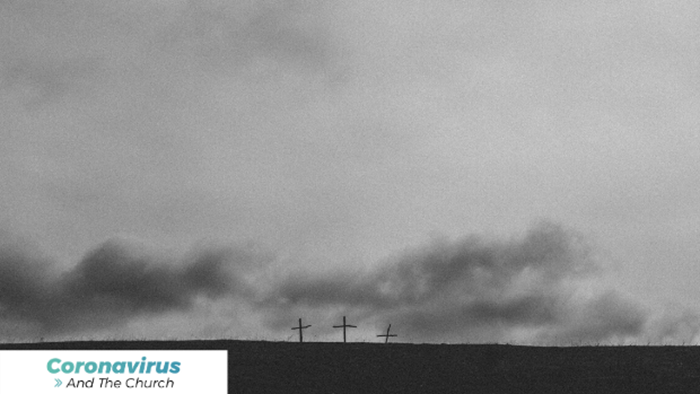 Image: Photo by Dylan McLeod on Unsplash
You can access all our Coronavirus-related articles, in addition to partner resources from Saddleback Church’s PEACE Plan and The Humanitarian Disaster Institute at CoronavirusAndTheChurch.Com. The Leadership in the Coronavirus Crisis podcast is filled with key interviews. You can find it at www.stetzerleadershippodcast.com or subscribe on iTunes.

Sometimes a word or phrase arrests us with its simplicity and its weight. This is especially true in a season which renders a given term especially important. “Alone” is such a word right now. Many of us understand the term in a different light than before.

Social distancing, quarantines, and isolation have become a part of everyday life right now. We aren’t used to the elderly who are sick being alone in hospitals separated from family. We are coming to terms with healthcare workers who have to remain isolated from their families while they work with COVID-19 patients. We are moved by the scenes of spouses of many decades waving at their dearest from outside the glass of a nursing home window.

Let’s face it, we Americans love our freedom and its corollary individualism. But we love our individualism because it allows us to choose when and who to spend time with. We like to be separate from people, but only when we get to choose it. We can’t escape that we are social beings.

The important measure of social distancing which seems to be showing some positive effect on the spread of COVID-19 reveals “that America’s individualistic framework is deeply unsuited to coping with an infectious pandemic,” because of the shift in our thinking “from an individual-first to a communitarian ethos.”

So, most of the time “alone” is not that big of a deal. But for many right now, alone means very lonely, disconnected, and anxious. But this is not the only prescient expression to consider.

Let me give you another one.

This expression is the ultimate oxymoron, that the death of our Savior would make this day so good. It’s another term we all know well, celebrating as part of Holy Week each year as it points us to the high hosannas of Easter.

But this year, Good Friday means a bit more, doesn’t it? In times when we face waves of difficulty, we turn to anchored truth.

We can forget in the familiarity of Good Friday and the wonderful ceremonies of the season a central part of the story. Jesus, who made this day good, was isolated during it. He lay down his life as the substitute for sins, carrying such a weight and facing such pain, and he did so essentially alone.

He told his disciples repeatedly of his impending death and they just didn’t get it. That had to be lonely, that your companions with whom you had lived and invested seemed to miss the point.

He took his closest allies to Gethsemane where he agonized in prayer, sweating drops of blood as he lay prostrate before his Father.

And what did his must trusted disciples do?

One of the 12 betrayed him openly, and as once he did the other disciples “all left him and fled” (Mark 14:50). As the religious Council mocked him, spat in his face, and struck him, his most bold disciple, Peter, denied him. At that moment, Luke tells us, “And the Lord turned and looked at Peter.” That had to be a very alone moment.

Soldiers — an entire battalion Matthew says — spit on him, put a purple robe on him in mockery, and hit him. A thorny crown was pressed into the flesh of his forehead. Those created by him angrily abused him.

He stood before Pilate with no advocate.

He was scourged by a whip that killed more than a few men in the process. When he had an opportunity to be released, the crowd chose a run-of-the-mill insurrectionist named Barabbas instead of the King of Glory.

Aloneness was very near to the Son of Man.

He was crucified. Such a brutal way to die. Two obvious criminals hung on crosses to each side, and both mocked him. Yet in the middle of the torment, Jesus showed mercy to the one who cried out to him for mercy. Soldiers gambled for his few possessions. People walking by derided him.

As Jesus hung between heaven and earth, imagine how alone he must have felt. Then, Mark 15:34 records he cried out, “’Eloi, Eloi, lema sabachthani?’ which means, ‘My God, my God, why have you forsaken me?’”

You probably already knew that. You recognize it as one of the last Seven Words of Christ on the cross. But look at it again this year. Jesus was utterly, painfully alone.

One comment on this phrase observes how in this moment, Jesus cries out to God in the immense pain of divine abandonment (see Isa. 59:2; Hab. 1:13), which he suffers as a substitute for sinful mankind.”[1]

We celebrate our Lord as our advocate at this season, and well we should. We should also remember on this Good Friday that “He was despised and rejected by men; a man of sorrows, and acquainted with grief” (Isa. 53:3).

If being alone during this pandemic is especially hard, look to the One who experienced loneliness at a level we never will precisely because he faced what he did for us on the cross. But Jesus did more than experience loneliness. He sympathizes with our weaknesses (Heb. 4:15). He redeemed us into a family (Eph. 2:19). And he will ultimately remove it (Rev. 21:4).

Alone on a Friday: Isolation, Identify, and the Forsaken Savior of the World

Alone on a Friday: Isolation, Identify, and the ...