As followers of Jesus, we are people of the truth. Falling for (and spreading) conspiracy theories does not honor the Lord, but it does cause people to question our judgment.
Ed Stetzer 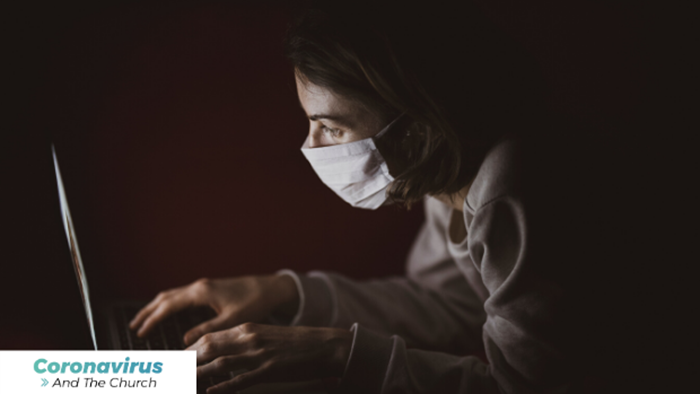 Image: Photo by Engin Akyurt on Unsplash
You can access all our Coronavirus-related articles, in addition to partner resources from Saddleback Church’s PEACE Plan and The Humanitarian Disaster Institute at CoronavirusAndTheChurch.Com. The Leadership in the Coronavirus Crisis podcast is filled with key interviews. You can find it at www.stetzerleadershippodcast.com or subscribe on iTunes.

The current global pandemic has created a bumper crop of conspiracy theories.

Sadly, Christians seem to be disproportionately fooled by conspiracy theories. I’ve also said before that when Christians spread lies, they need to repent of those lies. Sharing fake news makes us look foolish and harms our witness.

We saw this in the last election when some of the troll factories focused on conservative, evangelical Christians. Here we go again.

First, we need to speak up— particularly to those fooled yet again— and lovingly say, "You need to go to trusted sources." Social media news feeds are not a trusted source. That's why we created coronavirusandthechurch.com, to provide credible information for pastors. But, there are plenty of credible news sources— generally from outlets that do not have a track record of conspiracy peddling.

Second, God has not called us to be easily fooled. Gullibility is not a Christian virtue. Believing and sharing conspiracies does not honor the Lord. It may make you feel better, like you are in the know, but it can end up harming others and it can hurt your witness.

Yet now we are dealing with a new flood of conspiracy theories. Look at the list on Wikipedia, or just search for yourself using a few keywords. They are as diverse as they are strange.

And Christians are sharing them. Again.

Mistrust of Media and Government

I understand the mistrust many Christians have toward the media and government. Pew indicated that the most likely people to believe the virus was created in a lab were Republicans, who tend to be the most religious—and most distrustful of government.

However, this mistrust too often leads believers to become more gullible, rather than more discerning.

We need to be discerning and thoughful in our beliefs—and in what we share with others.

If you want to believe that some secret lab created Covid-19 as a biological weapon, and now everyone is covering that up, I can't stop you. If you want to believe one of the dozens of conspiracy theories already circulating, that’s your call. But if you do, what will you do when people start believing that the vaccine is also part of this conspiracy?

Similarly, we see some Christian leaders hyped up the idea you are being persecuted if you ignore the current guidelines and try to gather a thousand people together for worship in the pandemic. We saw a few pastors making a spectacle of themselves at Easter when we should be making much of Jesus.

Are there some issues? Yes, some mayors and a governor or two have done and said foolish things. Those actions are already being pushed back in the courts. In a global crisis, some overreact and others respond to them, and they back down. This is not a deep state conspiracy.

Furthermore, China has neither been helpful nor transparent, and more details need to be demanded. Legitimate questions can and should be asked (and are being asked!), but there are stunning and bizarre conspiracy theories about biological warfare, nefarious vaccine plans, plots to wipe out religious liberty, 5G cell towers spreading disease, and so much more.

They fill up the social media feed of many self-identfied Christians. Again.

One of the reasons I wrote Christians in the Age of Outrage: How to Bring Our Best When the World Is at Its Worst is because Christians are becoming outraged about things that are not true. The end result is they are being easily fooled and join into ideas that can bring real harm, particularly when we do develop a vaccine that can bring substantial help to our communities.

We who know Jesus as Lord ought to do better. A lot better.

Back in 2017, I wrote an article entitled "Christians Repent (Yes, Repent) of Spreading Conspiracy Theories and Fake News— It's Bearing False Witness." While at that time I spoke of another in the centuries-old habit of spreading unproven conspiracies, the point I made then needs to be made again now.

Too many Christians believe "all is fair" in some wars and, in that article, I warned against breaking the eighth commandment in Exodus 20:16 about bearing false witness. We aren't to be driven by fear or anger, but by a desire for "speaking the truth in love" as Paul said in Ephesians 4:15.

Spreading unproven speculation is bearing false witness and I still believe we need to repent when we have borne such witness. We need to spend more time in God's Word and less time being influenced by social media trolls and clickbait.

It is not a mistake that the some of the same people who spread Pizzagate and Seth Rich conspiracies, long since discredited, are back to spread Coronavirus conspiracies.

Let not Christians be among the fooled nor among those spreading foolishness.

Our Witness Is Affected

Unless you believe President Trump, Republicans and Democrats in Congress, the media, and the scientific community are all in league together (a real leap of faith), you are just embarrassing yourself when you spread Coronavirus conspiracies. These vast conspiracies would mean that President Trump, himself, knew this was a bioweapon, is part of the plan to end religious liberty, plans to use a potential vaccine as some mark of the beast, and somehow 5G is part of it all. (Yes, that’s all out there, one web search away— and in far too many Christian social media feeds.)

It just does not make sense—except to the easily fooled.

If you still insist on spreading such misinformation, would you please consider taking Christian off your bio so the rest of us don’t have to share in the embarrassment?

Long story short, you're ultimately bringing harm to yourself and your community. You may make yourself feel like you're making a difference when you are not.

Most importantly, we damage our witness and that of your church when you focus on unproven theories and speculation more than the good news we've been commanded by our Lord to proclaim.

As Austin Jones tweeted, “Last week my Facebook feed was full of people posting crazy Covid conspiracy theories, followed by posts about evidence for the resurrection. I don’t think they realize the message they are actually sending.”

Jesus last earthly words in Acts 1:8 promised us that we would receive the Spirit's power and we would bear witness to Jesus. You don't need the power of the Holy Spirit to be undiscerning, and you aren't bearing witness to the saving work of our Lord by spreading conspiracies.

I'm grateful that many, many pastors and church leaders and their churches have used this unusual time not to spread conspiracy theories but to proclaim Christ, not to feed their fears but to serve their community.

Let's continue to provoke one another to good works, hold to what is true, and refuse that which is false.

Since publishing, this article has received hundreds of thousands of views and likes, and has generated significant response, both in support and some pushback. I welcome interaction and challenge.

Just after the publication of the blog, John Roberts from FoxNews—a mainstream and legitimate news division—asked president Trump about the connection to a lab in China. That question, and the stories that followed, does not really change my point—the conspiracy was that it was created in a lab as a bioweapon. Thus, if a natural virus was being studied in a lab and accidentially escaped, the point still stands.

As FoxNews reported, “The sources believe the initial transmission of the virus—a naturally occurring strain that was being studied there—was bat-to-human and that ‘patient zero’ worked at the laboratory, then went into the population in Wuhan” (Italics added).

In full disclosure, I did not expect the lab to be a point of contention, so that was a surprise to me. I am glad to say is now appropriately being investigated. Per my article, you can’t keep a conspiracy among all those parties. Someone will ask the question— thus, this is now being investigated. So, can we agree that the 5G cell towers, vaccines, bioweapons, and others ARE NOT a conspiracy? Probably not everyone will see that, but most can. And, my point here still remains. And I’ve edited the article to make that point clearer.

So, contrary to the conspiracy, this was not created in a lab as a weapon. The FoxNews story specifically says that is not the case, saying (their words) “not as a bioweapon.” The conspiracy theories are focused on lab creation, bioweapons, 5G, vaccines, and much more. And when Christians share those conspiracies, it hurts our witness.

Finally, The Exchange blog team regularly updates and reorganizes my posts, have done so here, and will continue to do so as new information comes in.

Thanks for reading and sharing!