While nearly all pastors say their church held in-person worship services at the beginning of March, the situation had changed radically by the end of the month.
Aaron Earls 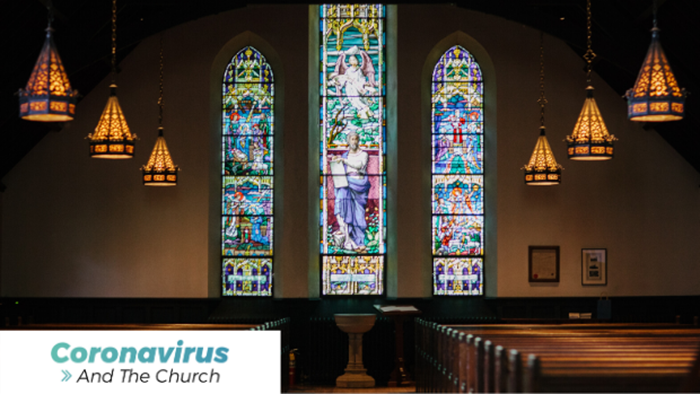 Image: Photo by Karl Fredrickson on Unsplash
You can access all our Coronavirus-related articles, in addition to partner resources from Saddleback Church’s PEACE Plan and The Humanitarian Disaster Institute at CoronavirusAndTheChurch.Com. The Leadership in the Coronavirus Crisis podcast is filled with key interviews. You can find it at www.stetzerleadershippodcast.com or subscribe on iTunes.

NASHVILLE, Tenn.—The coronavirus outbreak has had ripple effects across the country, including in U.S. churches, according to a new study of pastors.

Nashville-based LifeWay Research asked Protestant pastors how the pandemic has impacted their congregations and what their plans are for the near future.

While nearly all pastors say their church held in-person worship services at the beginning of March, the situation had changed radically by the end of the month.

“Gathering for worship as a local church is a fundamental expression of the body of Christ, but so are valuing life and loving others,” said Scott McConnell, executive director of LifeWay Research. “As mitigation guidance first impacted large churches, the majority of churches with 200 or more attendees were not meeting by March 15, and only 1% of them met March 22 as guidance continued to shift.”

Almost half of churches (47%) say they have already decided they will not meet in person for Easter. A small number (3%) say they will have an in-person gathering no matter what.

As churches have moved away from in-person gatherings during the crisis, most were able to transition to some form of an online video replacement.

Around 1 in 5 pastors (22%) say their churches were already livestreaming worship services before the coronavirus pandemic hit, and they continued doing so. More than 2 in 5 (43%) say they don’t typically livestream their sermon or worship service, but they did so in the last month because of the coronavirus. Another 27% say they didn’t livestream their service but did post a video sermon online for their congregation to view anytime.

More than half of congregations (55%) say they’ve also moved their adult groups online, while 6% say they’ve continued to meet in person. Meanwhile, 40% say their groups have not met in any capacity during the coronavirus disruption.

“The rapid adoption of providing video content has been just as abrupt as ceasing in-person meetings,” said McConnell. “Churches who never would have considered offering a streaming or video option, have quickly done so. Their pastors were compelled to stay connected and to continue to provide spiritual guidance during this trying time.”

Impact to the church

Protestant pastors say the outbreak has brought both difficulties and opportunities to their congregations.

Most say they’ve seen church attendees help each other with tangible needs (87%) or meet coronavirus-related needs within the community (59%). More than half (55%) say an attendee at their church has been able to share the gospel through this time, with 4% seeing someone make a commitment to follow Christ. Many (44%) say an attendee has counseled someone crippled with fear.

Three in 4 pastors (75%) say someone within their church has had their income impacted by reduced hours at work. Around 2 in 5 (42%) say one of their church attendees has lost their job. And 5% of pastors say they have someone at their church who has been diagnosed with COVID-19.

Pastors in the West (16%) and Northeast (13%) are more likely than those in the South (2%) or Midwest (1%) to say an attendee has been diagnosed with COVID-19. Pastors in the Northeast (69%) are also most likely to say someone at their church has lost their job.

As members have lost income, churches are struggling as a result. Half of pastors (52%) say giving has decreased compared to earlier this year. One in 5 (18%) say giving has continued at similar levels, while 2% say it has increased. Around a quarter of pastors (28%) aren’t sure.

This may be due in part to many churches’ hesitancy to adopt online giving. A 2017 LifeWay Research survey found 30% of churches used a website to facilitate online giving, while more than half of Americans said they paid bills online.

“Churchgoers can still mail in a check,” said McConnell, “but this crisis has driven churches to technology. Many are now adding online giving capabilities when they’ve been reluctant to do so in the past.”

When asked for areas in which they are under the most pressure or ways in which they could use some support, more Protestant pastors say staying connected with their congregation is a concern (30%).

Pastors also say they worry about finances (26%), the technological challenges of the current situation (16%), offering pastoral care from a distance (12%) and members without access to technology to help keep them connected (11%).

Other concerns pastors say are weighing on them include figuring out how to be strategic (9%), the pressure around deciding not to meet (7%), the well-being of their members (7%), needing prayer (6%), being personally exhausted or stressed (6%), the time-consuming nature of the changes (6%), meeting tangible needs while socially distanced (5%), helping with the fears and hurts of others (5%), how to counsel from a distance (5%) and helping to find gospel opportunities (5%).

Few pastors (6%) say they are doing well and don’t have any current pressure points.

“Social distancing is not normal. Humans are relational by nature, and churches are a community of Christ followers,” said McConnell. “The lack of presence pains many pastors and their congregations, but they are utilizing technology like never before to stay connected until they can meet again.”

Each survey was completed by the senior or sole pastor or a minister at the church. Responses were weighted by church attendance, region, ethnicity of pastor and whether the pastor self-identified as evangelical or mainline to more accurately reflect the population. The final sample is 400 useable surveys. The sample provides 95% confidence that the sampling error does not exceed plus or minus 5.5%. Margins of error are higher in sub-groups.