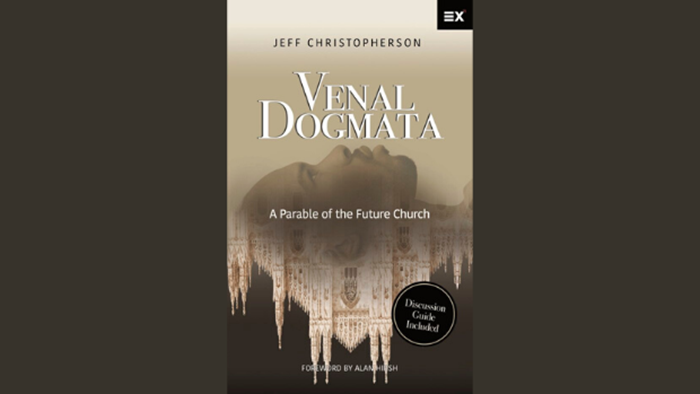 Lots of people are asking if this moment will have long term implications—will it dismantle the consumer-driven church? Will this lead to some church changes that many of us have always wanted?

Well, my friend (and partner in the SEND Institute) Jeff Christopherson actually had a book in the works that asks, “What is the future of the church in North America?”

I asked Jeff, who many of you know authors the pieces for our Missio Mondays, if he’d jump in for a quick interview on the book.

Ed: Jeff, I know this is not a book written knowing that there was a crisis coming, but many of the things you talk about in the book are on the minds of a lot of Christian leaders—particularly church practices. What do you think about the timing of this?

Jeff: You know that many of us have been watching the downward “bending of the curve” among evangelicals for a while now—so, no, I didn’t write this with a pandemic in mind—I actually wrote it with a different crisis in mind—the upcoming cultural whiplash against evangelicals.

Ed: Explain more of what you mean by upcoming cultural whiplash?

Jeff: Jesus said in Matthew 26:52 that “If you live by the sword, you’ll die by the sword” as Peter tried to create some kind of Kingdom advancement for Jesus through his own personal strength.

It was an instinct that Jesus immediately rebuked, but it seems to be an instinct with which we struggle. In our attempts to regain or retain some semblance of Christendom we seem to instinctively go the route of Peter. But God’s Kingdom in never advanced through strength—only through weakness. And weakness is the dominating biblical metanarrative throughout Scripture. Inappropriate political attachments as the solution to Kingdom advance seems to me to be the contemporary corollary of Peter’s error.

Ed: So, the upcoming cultural whiplash—the live by the sword, die by the sword moment— is the cultural reaction to evangelicals when we lose our lobbying power and our political influence?

Jeff: I think so. Our weapon of choice, an inappropriate reliance on politics, will be used against us in full measure. You don’t have to be a prophet, or a son of a prophet to see where this is going. We drew our sword and took our best swing—but it wasn’t a kill.

It couldn’t have been a kill. Darkness can only be overcome by light. God’s Kingdom can’t be voted in, it can only be revealed through the weakness of selfless Jesus followers. We poked the bear, and we should expect the bear to respond as bears do.

Ed: So, you wrote Venal Dogmata as a prophetic call for political disengagement? Are you saying that we should not be involved in our community, politics, and the advocacy for positions that matter to us?

Jeff: Actually, not at all. The setting of my parable assumes the conditions of the future—one where we as evangelicals had overplayed our hand, and now, we are experiencing the social consequences. The new reality of ministry now no longer includes tax advantages, societal standing, or even neutrality. Open cultural hostility is the environment Christ-followers must navigate.

Jeff: I sure hope not. Because historically, this is the type of environment where the most Jesus-y stuff happens. Whenever the church has been in power, it’s pretty tough to see Jesus. Darkness is what most often emanates. But when she has been pushed to the margins, watch out! Venal Dogmata paints a picture of how an African American church in Philadelphia loses everything—and then transforms into a global gospel movement.

Ed: Intriguing. Can you explain the title? It doesn’t exactly roll off the tongue.

Jeff: Sure, it comes from two Latin words. Venal, which means, ‘open for corruption—bribable,’ and Dogmata, which is the plural of dogma—or a belief. So, it’s an overarching system of beliefs that are up for sale.

Ed: I’ve read your books, even wrote the foreword in a couple, I read what you write weekly in Christianity Today, but this narrative style seems like a divergence. Why did you choose this medium to communicate your message?

Jeff: I actually stumbled on it. Matt Rogers and I are writing a textbook for B&H Academic on North American missiology. In it, we describe the ten factors that are keeping evangelical churches in North America from gospel movement.

In each of these ten factors, we dig into our past and look at cultural decisions that we have made to cause us to think and act like we do. Then we move into the future and look at biblical adjustments that we must make in these ten areas in order to thrive as a missionary people.

As we were finishing the book, I thought that I needed to write a story that encapsulates these ten ideas in a parabolic form. Something that would help a student to have some handles for application and stick with them. The idea was originally to be something contained in an appendix.

But I got so caught up in the story, the characters, and the ideas that it became way too much for a textbook appendix. I sent a draft over to Todd Wilson and my friends at Exponential— and they saw the potential to take the approachable ideas that were imbedded in solid missiological thought and expose them to a much wider audience than just seminary students.

Ed: So, this is a book that anyone could read and get something from it?

Jeff: I believe so. We’ve included three sets of group discussion questions for small groups to dive into.

Ed: Interesting timing as many churches, because of this virus, have put much emphasis into their small group ministry. This could be a tool to help many churches explore their own futures.

Jeff: God’s timing is astonishing to me. Yes, perhaps this little parable is one small facet of the amazing reordering that God is doing in his church through this pandemic.

Ed: Do you think that, coming from this crisis, evangelical churches in North America will make the profound adjustments required to re-center everything on the mission of Christ?

Jeff: Some will. Many won’t. Those that were already leaning in this direction but couldn’t figure out how to get from here to there; now they have their moment. The status quo has been smashed, and now they have the opportunity to let their people taste something different. And once you’ve personally experienced the body of Christ engaged in the mission of Christ, no light and fog show will ever come close to satisfying again.

Jeff: I am afraid not. It’s easy to see that already many churches are craving homeostasis. When “it’s all about the weekend,” that DNA tends to stick around. Unfortunately.

Pick up a copy of Venal Dogmata or download the e-book.