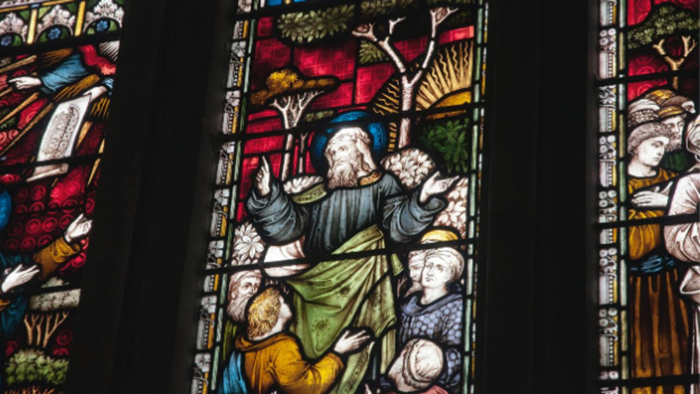 I’ve lived in the Global South my entire life and have served in ministry in the nations of Botswana and South Africa. I love what God is doing around the world, and especially in the Majority World. For too long, Africa has been seen as the ‘dark continent’, where the light of the gospel shines dimly. God is a global God (let’s rejoice) and we need to pause and celebrate the reality that the gospel is spreading globally and multitudes in Africa (and many other places in the Global South) are committing their lives to Christ daily. Yet, despite the growth we have seen, there’s also an evident need for gospel depth in the lives of Christians. Continued growth and depth will require greater glocal (yes, that’s a word) partnership.

The Apostle Paul is a good example of someone who partnered with others for the sake of the Gospel, and through relational connections, accomplished the mission Christ gave him to fulfil. This article will present four Pauline principles related to successful ministry partnership based on Romans 15 and 16. Paul states, in Romans 15:20: “My aim is to preach the gospel where Christ has not been named, so that I will not build on someone else’s foundation, 21 but, as it is written, those who were not told about him will see, and those who have not heard will understand.” Paul, in this passage, defines his ministry lane and exposes important truths that must be applied for the effective (yet simple) spreading of the gospel and for the multiplication of gospel relationships that lead to deeper cultural and societal permeation. Join me, in part one, as we explore these multilateral ministry partnerships as described in Romans 15 and 16 respectively. Congruent with the biblical discipleship imperative, in part two, we will explore a missional partnership matrix and on how to move believers toward becoming multipliers in ministry, and not just consumers of religious goods and services.

The Apostle Paul truly believed that the way Jesus modeled his ministry was the best way to function in spreading the gospel in a globalised Roman Empire. Paul’s passion for the gospel, love for the Gentiles and ability to set in place systems led to the multiplication of opportunities for believers to partner for the sake of the Gospel. His letters bear testimony to Paul’s commitment to movemental Christianity in the long haul; trusting God to use believers to accomplish this end. Using Romans 15 and 16 as a catalyst I have listed four important principles below that are derived from Paul’s ministry. These form an important foundation for a ministry of multiplication.

Throughout the New Testament, we read about Paul connecting with numerous people in establishing the gospel throughout the Roman Empire. Paul multiplied his ministry vision to the army of committed believers and harnessed their skills, gifts and abilities for the Kingdom good. Romans 15 (written on Paul's third missionary journey c.a. AD 57) links beautifully with Ephesians 4 (written c.a. AD 60 from Rome while imprisoned) where Paul describes in verse 11 the diversity of roles God has given for the equipping of the church. These roles describe the versatility and diversity required of leaders and the need for multiple inputs without relying on one leader for all these qualities. In Romans 15: 14-21, Paul describes his leadership and ministry lane in relation to the Missio Dei, while in Ephesians 4: 11-17, Paul legitimises the gift of Christ’s diverse body for the united task of reaching the world.

The monopoly of ministry by the clergy will not rightly serve the mission of God; the mission of God embraces all of God’s people, utilises their full gifting in Christ and moves them to places in the world where their gifting and the greatest need exist. The danger of church redundancy will only grow in a church culture that fosters the mentality that ministry is for paid professionals and a select few. Paul continually testifies to a better way. Throughout the New Testament, Paul mentioned some 150 names of men and women who formed part of his greater team. In Romans 16 alone Paul mentions many individuals and families who were a blessing to Him and a help in spreading the Gospel. Paul’s multiplication mindset ensured that he lived out what he asked of Timothy in 2 Tim 2:2. Mission leads to a multiplication of ministry for believers, not a monopoly of opportunity for a few.

There is no doubt in my mind that the Apostle Paul depended on God's divine leading for his ministry endeavours as he attributes every success to the grace of God and God's rich providence. Paul proclaims in Romans 15:22-23a: "That is why I have been prevented many times from coming to you. 23 But now I no longer have any work to do in these regions….” Paul had goals and desires, like many of us do, plans to travel to a specific place, or visit with our friends in ministry across the world. There’s nothing inherently wrong with these desires and plans if they are rooted in our leadership lane and if we complete the task God has set for us to do. Paul writes about this principles earlier in Romans 12:2 where he states: “Do not be conformed to this age but be transformed by the renewing of your mind, so that you may discern what is the good, pleasing, and perfect will of God.” This often-quoted text precedes a section on Spiritual gifts and serves as a helpful reminder that in our ministry a renewal of the mind will lead to a discerning heart. The many options, paths and desires that exist in our hearts must always be subject to God’s desire for glory and fame. May I finish well and honour God and not set aside all he has in store, even the difficult aspects.

Paul’s ministry, his goals and objectives are not our own as they were directed by God the Father in the power of the Holy Spirit, to bring about a knowledge of Jesus and a repentant heart. Yet one thing stands out to me in Paul’s ministry is that he lived up to his calling and kept it simple by staying the course and doing what God had instructed of him in simply proclaiming the gospel where Christ was not known. If we are honest, much of our ministry is limited to the boundary of our comfort zone. I am heartbroken by the many opportunities to have passed me because I have been too focused on other things, too tired from ministry within the church and too busy with tasks and duties that have landed on my lap. The truth is that we always find time for what’s important to us, and Paul teaches us as leaders that what needs to be central to our lives is the reality that there are places where Christ is not known. Like Paul, we need to consider the strategic importance of ministry in areas and among people where Christ is not known and centre our efforts and resources around reaching out and pioneering work for Christ and His Kingdom.

We Need One Another

How did Paul accomplish all he did in ministry and manage to finish strong? Paul saw himself as one of God’s servants, not as God’s gift to mankind. Paul served alongside others and championed the cause of many believers as they grew toward maturity in Christ. As we have seen demonstrated above, the Apostle Paul was led by the Holy Spirit and sought to keep the main thing central to his life and ministry. We can learn much from Paul about ministry and mission, but one thing is for sure; Paul did not do it alone, he was intentional in cultivating ministry relationships for gospel multiplication for the glory of God and the good of the Church. This is exactly what we are about at the Palau Association. Through our Global Network of Evangelists, we seek to accelerate evangelism worldwide. We would love to connect with you, so feel free to send us an email at either gne@palau.org.