Better Together: A Model of Local Government and the Local Church Converging to Care for the Homeless

When faith communities and civic leadership work together for good, the community benefits.
Ed Stetzer 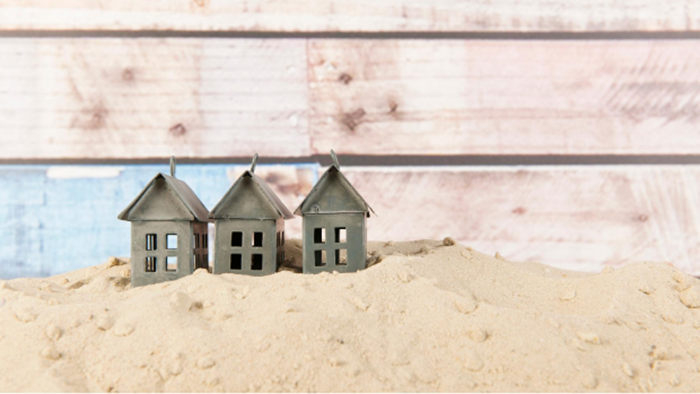 We've grown used to stories of churches pitted against civic leaders in local communities and of religious liberty battles in the larger political arena. What is not so common today is the convergence of faith communities and local governments to tackle issues all sides see as vital.

But that's just what is happening in Riverside, California, through the efforts of Grove Community Church and Mayor Rusty Bailey.

The Burden of a Mayor and a Church's Response

Mayor Bailey wanted to do something to alleviate the plight of homeless people in his city. The Love Your Neighbor initiative partners the government with churches, synagogues, and nonprofits. The Grove, as Grove Community Church is known, eagerly volunteered to participate.

Mayor Bailey believed the way to get rid of homelessness was to provide a home. He asked churches to consider putting a home for the homeless on their property. The Grove was the first to jump on the opportunity.

They built four small 600-square foot "tiny homes" on the church property, naming it The Grove Village. Some in the neighborhood pushed back, but overall there was a great spirit of unity on the project.

The city helped by waiving significant fees for the effort. Current pastor Daniel Bishop credited his predecessor, Tom Lance, with initiating the work. President of Tilden Coil Construction, Brian Jaramillo, who attends The Grove, reached out to various contractors and suppliers to make this project go from a dream to a reality.

Building Homes for the Homeless

Many began donating resources, time, and money to the effort. Someone donated all the framing, and another the plumbing, Bishop said, adding:

Some were believers, some were not believers, but they believed in what was going on. And we built four homes. The homes cost over $700,000 and The Grove contributed just under a hundred thousand. The rest were given by donation. 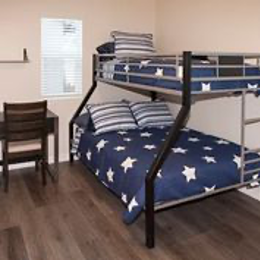 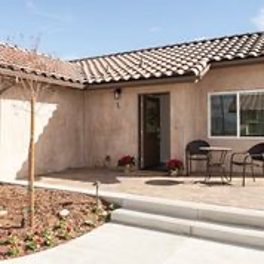 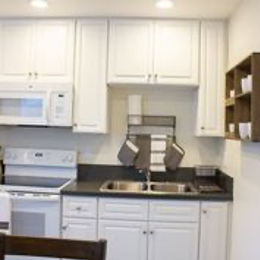 The Grove partnered with Path of Life Ministries, a homeless shelter in town, to help with placing people for the homes. The church developed an application process for a homeless person or family who wanted to get out of their situation. Bishop explained:

[We]have typically three interviews with them to try to figure out, "Okay, how did you become homeless?" We find out what their debt is. We find out their story. There's references that we can call it just to confirm that they're not lying to us on who they are and what's going on, because we really want to help those that are really in need.

We even have them meet with our counseling center. We have a counseling center with 45 counselors that will interview them and just see if there's anything psychological going on that we need to know about. We do a drug test. We figure out their whole story. By the time they move in, we know who they are, and they know us.

The people moving into the homes do so with an understanding that they will attend church and will allow the church to be invested in their lives. They are helped with resume building, finances, and other matters. If they are active in another church that's fine, but The Grove leaders want to be sure they are being discipled.

They also agree to meet weekly with a counselor from the church. Members called "house moms" from The Grove checks in on them weekly to see how they're doing and whether they need any help. These house moms interact with the children (currently there are three single moms with kids in homes). They also help plug everyone in the homes into small groups. They are also limited to having people come to their homes who have been granted permission by The Grove.

"We want them to get involved with people so they can be cared for and loved and shown what it's like to follow after Christ if they don't know that already," Bishop said.

The program has been ongoing since 2018. Bishop recognized that not every story ends as they would like.

"We were told, 'You guys cannot be afraid to take people out if they're not following the program.'" Bishop stated. "And we're not. We're not afraid to do that because we're very clear on what we expect. We knew it was going to be messy."

However, while some have had to be removed, he gave the testimony of one person who came with nothing and are now moving into an apartment with $9,000 saved; Another saved $12,000 while in their home. She now manages a tanning salon and is on the verge of moving out.

A Ministry That Can Multiply

Commenting on the novelty of this approach, Bishop observed the impact of this work and how important it was for the whole city to work together:

We're the first that we know of [to do this]. [HUD Director] Ben Carson heard about what we were doing, and he came and checked us out a couple months ago and we ended up having lunch with him and he was blown away by it. And he even said that he thinks The Grove should be a model for all churches. Every church can do this. Now, granted, every church can do this that has the land for it.

We understand The Grove is not like every other church, but any church can somehow be involved. And it was neat because this wasn't just about The Grove. It was really the whole city coming around this. The mayor, the city council, and other churches that maybe they didn't have the land, they don't have the resources that The Grove has, they even made donations and offerings to The Grove to help build this. So it was really a cool thing that just the churches in Riverside coming together to make this happen.

For churches interested in doing something similar, The Grove leadership put together a packet to help. Call Pastor Andy Gibeault, who oversees The Grove village at 951-571-9090. Churches are encouraged to call the city directly at 951-826-5551 and speak to the mayor's Chief of Staff Cheryl Hansberger to see the building plans for the homes.

Better Together: A Model of Local Government and the Local Church Converging to Care for the Homeless

Better Together: A Model of Local Government and ...