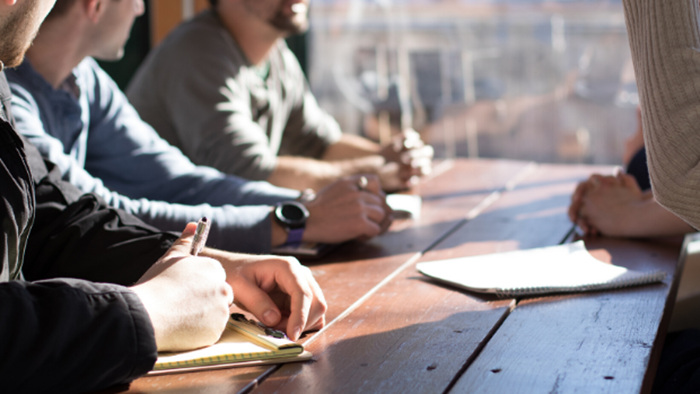 Every church on a mission to make disciples and represent Christ must keep leadership development as a priority. Identifying, equipping, and releasing leaders is critical to church health and growth. While this is true of every church, this doesn’t happen the same way in every context. The demographics of your community make an impact on your leadership.

“Talent is equally distributed, opportunity is not.”[1] This saying is commonly applied to areas of poverty because this reality is more obvious there. It’s also true of various contexts where churches serve their communities.

Every church has people capable of leadership roles. But not every church is in a place where opportunities to develop as leaders happen easily whether within the church or in the community. Let me compare two very different contexts to illustrate.

First, I planted an inner-city church in Buffalo, New York, among the urban poor. What I learned is that the demographics there work against the development of new leaders.

It's not because leadership potential is absent but is because either (1) the opportunities for leaders to be trained are rarer in these communities or (2) people who have leadership ability tend to migrate away from the inner city as they develop personally.

In other words, I found I couldn’t find many people ready to lead in the inner city. Yet I had to raise up and train leaders. When I did that, I also found that sometimes when I made leaders, they changed life skills and actually ended up moving away.

Many friends in urban contexts tell a similar story.

In missiology, we call this redemption and lift. Donald MacGavran introduced the term in his book Understanding Church Growth.[2]

Let me give an example.

I led a couple to the Lord in that church in the inner city. They were both using and dealing drugs, and they were both involved in prostitution. She had children from three different men, and none of the children were his biologically. They were living together, and both came to the Lord.

I officiated their wedding, and they’ve stayed married to this day. I baptized them. All this is a wonderful testimony to the gospel, but here’s the problem: About six months after they were off of drugs and no longer selling, they came to me and said, “Pastor, this is a dangerous neighborhood. We’re going to move away.”

What do I say to them? They’re taking care of their family.

By now, most people recognize the rural brain drain. Some are now seeing the urban brain drain, some citing Buffalo itself.

The urban brain drain, and the urban leadership challenge, both impact the church and its development of leaders.

We know there’s going to be some of that brain drain that takes place, particularly with leaders we develop. In this context, we have to develop more leaders from a more limited pool of those who are ready to lead, because we know a certain percentage of them will do what that couple did, and we can’t discourage them from that.

We must ask continually what raw material we have in our churches. Not “Who’s a leader now?” but “Who can we develop into leadership?”

The same is true of rural areas. Often, leaders who grow and are more engaged and equipped end up moving away from rural areas as people continually migrate toward cities. This is especially true of younger adults.

In this first example we have the issue of developing leaders where they are not readily available, many of whom will move away. That’s a reality we will face if we are serious about reaching all peoples for Christ.

A second and very different context is where a stronger economic base exists, like in the suburbs. Retail outlets, corporations, and other businesses are plentiful. Where I live currently there are plenty of these.

Here, middle management is common. These managers are used to running a meeting, so it’s easy for them to become your small group leaders.

In the inner city, I didn’t have anybody in middle management. You have to develop skills.

And, don’t miss this— there are some remarkable and entrepreneurial leaders in rural and urban America, who (with their new life in Christ) can be used by God in ways they did not expect.

They are just not immediately presenting themselves.

In a place where there is brain drain, we need to invest in leadership MORE and not less. We do not give up, because there are leaders there. They just don’t present themselves immediately.

For example, I was just was talking about a small group series with Saddleback Church’s small group leaders and I told them, “Welcome everybody, talk to your groups about this Bible study. Lead them through these questions.” Boom. They took it and ran with it.

But when I was in the inner city of Buffalo, I had to provide much more training, and it was a privilege to do so.

I’ll write more on this later, but my exhortation is to go into a context knowing that some places will present more leaders than other places, but in God’s plan we can raise up new leaders wherever God sends us.