As we enter into 2020, challenges to evangelism continue to rise. We need to face them to help us prioritize the spread of the gospel.
Ed Stetzer 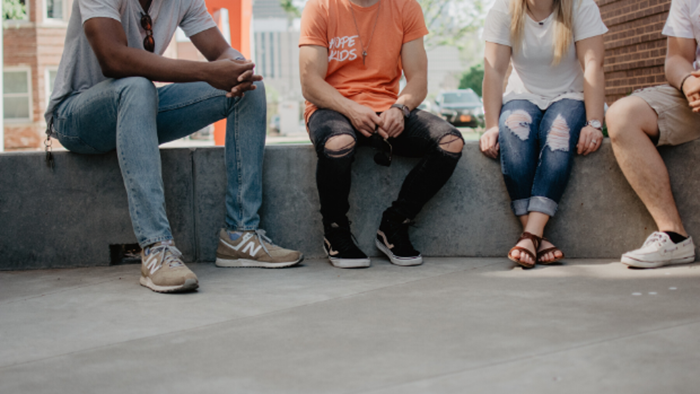 Image: Photo by Kate Kalvach on Unsplash
We are kicking off a multi-author series on evangelism called Evangelism Formation. As an integral prioritist (my phrase), I believe both mission and evangelism are important for both individual followers of Christ and to churches, but I also believe evangelism will fall off our radars if we aren’t intentional to prioritize it. In this series, we will be offering stories, tips, and innovative strategies to encourage all of us to prioritize showing and sharing the love of Jesus as a way of life.
And on June 23-24 we will be hosting a very important event: Amplify: The Wheaton Evangelism Leadership Conference where we will bring together 1,000 church leaders to create churches growing and transforming through evangelism and transformed lives. When you register with your team by March 11th, you will receive a FREE copy of You Found Me by Dr. Rick Richardson. I’d love to see you there.

As we enter 2020, we must continually confront challenges to evangelism to prioritize the spread of the gospel.

The first significant challenge to evangelism relates to how we see the mission.

Missionary John Chau’s death at age 26 showed how the world’s views of the missionary enterprise have changed. I wrote numerous articles about his death, which showed the unfortunate reality that the world does not want to see the propagation of other people’s faiths. Today, our world doesn’t see the Christian desire to convert people as normal or acceptable.

In the first century people were required to burn a pinch of incense to the emperor and announce Caesar as Lord. People of other religions such as Judaism could continue to practice their faith so long as they burned their incense. Christianity was radical because of their unparalleled allegiance to Jesus as Lord. Their exclusivistic view went against the norms of the time.

Today, people burn a pinch of incense to a different emperor called tolerance. Tolerance has become a virtue and conviction a vice. Our conviction of Jesus as the only Savior flies in the face of tolerance.

Most people think that as long as Muslims, Hindus, Christians, and people of other religions get along, each religion is tolerable and acceptable. That is, until one religion tries to convert the other. This is why Chau’s death garnered as much media outrage as it did; it was seen as an attempt to force Christianity onto the natives he was living with on North Sentinel Island.

The second challenge to evangelism in today’s world relates to deep ideological shifts in society.

There are dozens of things I would mention here, but one comes to mind.

Years ago, my wife and I mapped out our neighborhood, noting who we knew to be a believer. Over the course of two years, we sought to share the gospel with them. We shared meals and developed relationships with our neighbors. I had the privilege of leading some of these neighbors to Christ, baptizing some, while helping others become missionaries.

I distinctly remember one of my neighbors telling me, “I can’t come to a church like yours and believe in a God like yours if you believe that [she named a person] love for her partner is outside of his plan.”

Thirty years ago, the conversations like this one surrounding LGBTQ persons were seen as a debate between people with differing religious beliefs. Now, this is considered a justice issue in our culture. Discussions have become post-rational; those holding to a traditional view of marriage are not only no longer in the cultural majority on this issue; our convictions often aren’t allowed in the discussion.

Because LGBTQ conversations are so prominent in our culture, it can be sometimes difficult to have conversations about the gospel without first talking about this issue.

The final challenge to evangelism today concerns how Christians themselves perceive evangelism.

We surveyed Christians related to evangelism; half answered polling questions with a universalistic or inclusivistic response; that is, in a way that would accommodate everyone, which hinders evangelistic urgency.

The focus on tolerance has caused many Christians today to be uncertain whether their neighbors need Christ. If a family has neighbors who are Muslims and they’re nicer than the professing Christian neighbors across the street, they may begin to wonder if people truly need Christ.

Additionally, the seeker movement, where Christians are told to find their neighbors and bring them to a church geared toward loving the unchurched, taught many people that evangelism means inviting people to church. Here’s the problem: we’re in an anti-church and anti-pastor age. Many of us pastors want to equip our churches to share the gospel with our neighbors, but people are unsure of how to go about sharing the gospel, or if it’s really needed.

For this reason, the future of gospel mission and evangelism will take place less in church buildings and more in neighborhoods and workplaces. Evangelism will be less about the church house and more about our house as we interact with those we see daily.

We have to shift the way we train people.

We need to train Christians to live on mission, approaching everyday life with a Christ-sharing, missional outlook, and to build relationships with people in order to have evangelistic conversations.

We need to focus less on creating expert gospel presenters to encouraging regular folks to have gospel conversations as a normal part of life.

The early church exploded in growth not through a collection of great evangelists but through normal people talking about Jesus (see Acts 11:19-26). Jesus came to earth from heaven, built relationships with his apostles, showed them the way of life, and sent them into the world to do the same with others.

As we enter into a new season of engaging culture, outreach may be less about inviting people to church, and more by loving our neighbors and building relationships to show them the gospel.

That sounds a lot like the early church believers, and they turned the world upside down.