(Or, The Art of Church Planting Preaching) Part 1
Jeff Christopherson 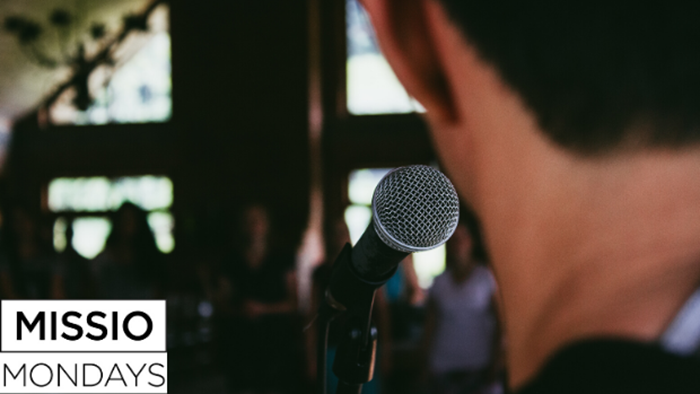 The title of this article probably has piqued the interest of some and drawn the skeptical eye of others.

“Church planting preaching?” “Secular preaching?” How can the sacred process of proclaiming the timeless and infallible Word of God to his people be any different whether it takes place in a school gymnasium or within the sanctified walls of a traditional church building?

That is a great question.

I have had the privilege of spending much time with church planters across North America, and I’ve seen some who have understood the difference and some who have not. I have observed some who have intuitively grasped the distinction and communicate directly to the hearts of their audience with candor, precision, and great power.

I have also watched too many unartfully fumble their eternal opportunity. I have heard carefully crafted, well-polished messages that sounded eerily familiar to what John Piper or David Platt might have effectively preached, but to an audience that seemed inattentive and uninspired.

What accounts for such a difference? Sunday by Sunday, John Piper and David Platt seem to have their audiences leaning forward, engaged, and busily taking notes for deep personal application.

So, why does it often feel so bizarre and ill-fitting in a church plant? Is it the gymnasium? Maybe it’s the sheet-metal music stand? Would a proper pulpit normalize the peculiarity?

The fact that this discussion has been largely neglected leaves most church planters with little more than their personal experience to determine an approach to missionary preaching. Some planters have had the benefit of marinating in missional environments under skillful gospel communicators, and these blessed few have numerous second-nature advantages as they approach their own craft.

Intuitively, they perceive and account for the worldview diversity in their audience. And because of this cultured sensitivity, their approach to preaching is fundamentally different.

Over the next two Missio Mondays we will examine six characteristics that differentiates gospel proclamation within a secular church planting environment from our classical understanding of preaching within the common worldview of Christendom.

Today we will look at the first two.

1. Empathize with your audience

Without question, most sermons heard by a potential church planter were delivered in the context of an established church. That means that most of the messages we have experienced were delivered to an audience with a thoroughly Christian worldview (or at least intellectual assent to that worldview) with all of the implicit assumptions therein.

There is often an evangelistic appeal somewhere in the message, but it’s presented with the assured confidence that the vast majority of the hearers are well acquainted with the main themes of the culture of the faithful. Prayerfully, this is not the preaching context that most will be experiencing as a church planter because their ministry will take them deep into the harvest fields.

For the majority of planters, if they are knee-deep in engaging the constituency of their context, the audience they will assemble will look, think, and behave much differently from the well-dressed crowd attending church across the street.

Their new congregation’s innate operating system will filter information much differently from those who have long made “church” part of their weekly routine. Many of the same statements that normally inspire solidarity, nodding heads, and muffled “Amens” to good churchmen will rouse irritation, confusion, and disengagement to the less-religious newcomers among us.

For example, the defining cultural issue of this generation that separates secularists from their sacred neighbors is that of human sexuality. Convictional Christians and cultural secularists have deepened the divide of communication and understanding through the radically divergent ways each group approaches this subject.

Convictional Christians see this issue as a biblical one. The Bible has clear and unmistakable teachings on human sexuality, and part of the big package of being a Christ-follower is to resist the impulse of aligning with the changing tides of culture and remain faithful to the Word of God. To well-discipled Christians, the issue is not easy, but it is exceedingly simple.

Nominal Christians and cultural secularists approach this issue differently. To Christians this is an issue of faithfulness. To the nominal and secular, this is an issue of justice. Their worldview elevates the human equality of all as the highest good and concludes that the astringent Christian positions on sexuality are unjust relics from a much uglier era of human history.

Good and just people who claim to ascribe to the ethic of love should evolve – and should do it quickly.

Since this divergence of worldview is clearly apparent, how should our proclamation methodology adjust for the sake of an audience who desperately needs to experience the gospel of Christ? The timeless missionary question is this one: How should we adapt for the sake of the gospel?

Somehow the proclaimer needs to get into the skin of his audience and hear the sermon from their spot on the pew. As he invests the time and energy, not superficially associating with the unchurched, but building deep friendships with non-believers, he will hone valuable instincts on approaching the preaching process with a congregation that includes a growing constituency of those devoid of evangelical pedigree.

By this, weekly messages will sound and feel much different from sermons of the long-established church across the street. It must.

So, church-planting preaching is different from other sorts of preaching in that the preacher is keenly aware that his audience is not conditioned with a Christian worldview, and therefore his cultural sensitivity needs to be dialed up significantly.

The communicator deeply desires to get a proper hearing for the gospel from his audience before they emotionally and intellectually “check out” from a loaded assumption casually and carelessly lobbed in their direction.

For effective communicators this is an opportunity for a graceful explanation of how a Kingdom culture builds a better person, a better family, and a better society. Instead of injudiciously dropping codewords designed to elicit pavlovian “Amens” from the religiously predisposed in a passion-filled harangue against darkness, effective church planters paint a far more tantalizing picture of Light. Everything in the universe was designed for the Kingdom of God.

As the gospel proclaimer describes an alternate reality to the brokenness that is commonly experienced, the Spirit bears witness to the grace and truth of the message spoken. Old lies are abandoned. New truths are obeyed. Lives are transformed.

With this sensitivity deeply imbedded in the heart of missionary preachers, their approach to constructing a message often differs significantly from most within Christendom. They will come at it from varying approaches, styles, and methods, but you often see an additional five ingredients weaving through effective church planters’ patterns of preaching.

These five additional ingredients are: framing the issue, giving a biblical answer, making two types of applications, introducing a bigger problem, and finally, providing an opportunity for resolution.

This second step seems to be a universal practice with effective communicators wherever they are found. In some way the audience needs to understand that what is about to be communicated is not only spiritually substantial but has direct relevance to their lives.

By diving in prematurely with an introduction like, “Today we will be continuing our series through Romans by picking up in chapter two with our message entitled, ‘God’s Righteous Judgment,’” the preacher may be about to launch a thoroughly biblically accurate message, but may unintentionally prioritize the sermon above the audience.

Those assembled for a divine appointment may not yet be spiritually, emotionally, or biblically prepared to sort through the pearls that are about to hurled from the platform.

What if, instead of starting with the sermon, the preacher started with the needs of the gathered audience? From that same passage, the message is introduced with a thought-provoking query, like, “Have you ever felt like your prayers never make it past the ceiling?”

A few precious moments should be spent personally relating to thoughts and emotions that all in the room have experienced. After the messenger has identified with his audience, there is an auditorium full of people spiritually and emotionally ready to go on a journey.

From that point, and from the same passage in Romans, a message can be preached that contrasts the emptiness and devastation of man-made religion against the life-giving reality of a relationship with God.

When we start with the audience instead of the sermon, we will find ourselves naturally thinking of ways to help people see and feel their need for the answer Scripture gives. Once the audience have been personally reminded of that need, their hearts and minds are far more open and ready to receive the answer.

Effective church-planting preachers normally begin by framing the issue in the souls of their audience before ever rolling up their sleeves to explain the answer.

It seems that faithful gospel proclamation within secularity should always takes its cues from the gospel-Giver himself. The Incarnation of Christ was quintessentially missionary.

How could faithful preaching be any different?

Next week we will look at the final four defining elements of preaching in a secular, church planting, missionary context.