Rural Matters
The Rural Matters Institute is a community for pastors and Christian leaders serving in non-urban contexts that was created to provide support, learning, and community. Read more from this column.
February 11, 2020Rural Matters

There is a Balm in Gilead: A Missional Strategy for Churches in the 21st Century

What is the church to do in such a tumultuous climate of rapid change?
Josh Laxton 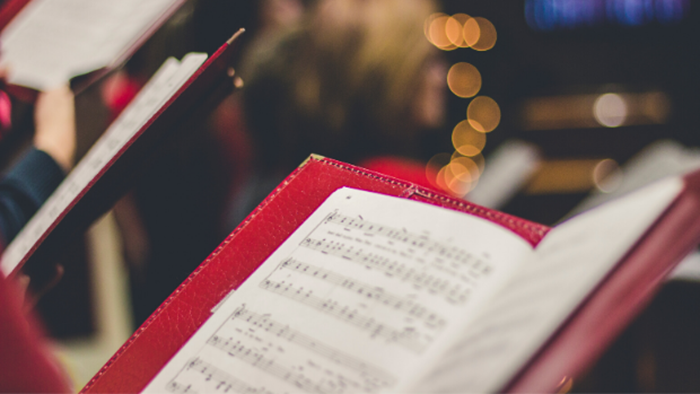 Within this tornadic environment, the church has, in many cases, been somewhat dazed as to how to reach those far from God in this ever-changing culture. Some are anchoring themselves in their shelters—like ostriches with their heads in the sand—hoping that this too shall pass. Others have been vehemently upset, fighting to “reclaim” some kind of moral or religious ground they feel they have lost, or that’s been stolen from them.

What is the church to do in such a tumultuous climate of rapid change? I think putting our heads in the sand or fighting back to reclaim lost ground is much like Peter taking his eyes off Jesus while walking on the water.

Remember what happened to him when this happened? Yep, he sunk.

If the church doesn’t want to sink—purposely speaking—then the church will have to put its eyes on Jesus and look full into his wonderful face. When the church does that, she will see and thus recover mission as the center of its existence and action.

Pain as a Key to Unlocking the Missional Code

Mission towards a lost, dark, and dying world can be somewhat tricky—especially in post-Christian world. I believe contemporary churches and leaders focused on Christ and thus his mission are having somewhat of a difficult time cracking the missional code.

In other words, in previous generations there was always some kind of missional code the church cracked that led to outreach, evangelism, and church growth. And let me just say, that for the most part, fancying up church and installing bells and whistles, isn’t the missional code that is working any more.

Those no longer work like a Jedi-mind trick on weak-minded people. Times have changed.

While we live in different times with rapid change, there is one thing that has remained the same since the fall of Adam and Eve in the garden. No, I’m not necessarily talking about sin, I am talking about a manifestation of sin…and that is PAIN.

And PAIN (and brokenness) is a major key to unlocking the missional code as churches seek to reach their communities and cities with the Good News.

When I think about pain, a passage that comes to my mind is found in Jeremiah. Jeremiah writing to the broken people of God writes,

In looking at the condition of the people of God and their spiritual health, Jeremiah wanted so desperately to find a cure that would restore their vitality.

Jeremiah rhetorically asks, “Is there no balm in Gilead? Is there no physician there?” In that day, those who were sick and hurting knew that Gilead was a place that produced a healing balm. In fact, when Joseph was sold into slavery, he was sold to a caravan taking balm from Gilead to Egypt (Gen. 37:25). And so, Jeremiah is telling the people they need to find a Gilead—a balm and a physician—that could cure their sin-sick heart.

The reality was, the people to whom Jeremiah asked that rhetorical question would have to wait hundreds of years before fully realizing where they could find the ultimate balm and physician. Incredibly enough, both the balm and the physician were found in one entity—Jesus Christ.

At the Rural Matters Institute, we have a partnership with the Center for Faith and Opportunity Initiatives, which is part of the U.S. Department of Health and Human Services. As partners we both desire to see our nation, communities, towns, and cities flourish.

Because of this partnership, they send me stories of faith-based organizations and churches who are seeking to be the place (the people) where the balm of Gilead is both found and administered.

Let me briefly highlight a story (with embedded links you can click on for more information) that I was made aware of through this partnership. If you’d like to get news and stories directly from the HHS Partnership Center, email them at Partnerships@HHS.gov.

When Coal Stops Burning: The Story of Faith, Hope, and Entrepreneurism in Bluefield, WV

When Pastor Travis Lowe came to Crossroads Church to minister to the community of Bluefield, West Virginia, it was hard to imagine that, at one time, it had been a booming city known as the “Gateway to the Coalfields.”

As a one-industry town, Bluefield was still reeling from the effect of its reliance on coal and a 30-year economic decline. Pastor Lowe, with a background in finance and a member of Made to Flourish, a network of faith leaders seeking “to integrate faith, work and economic wisdom for the flourishing of their communities,” recognized high rates of drug misuse, addiction, domestic violence, broken homes, and other destructive behaviors as an expression of a critical lack of hope and vision for a prosperous future. So, he rallied his congregation and they decided to help.

They gathered business folk from the church, and then others from the community to exchange ideas, share a meal, pray together, and eventually build a network they call REBUILD.REVIVE.THRIVE.

Fast forward and this “local business-owner-think-tank for the common good,” now hosts up to 150 members according to Pastor Lowe. Together they’ve made over a half a million dollars’ worth of local business investments, including the start-up capital for the Crea Company, a “makerspace” offering people access to tools of the modern economy such as 3-D printers, laser cutters, routers, vinyl cutters, fine hand tools, and even some woodworking equipment.

The network has also invested in vocational opportunities for youth and young adults, and is partnering with local middle schools, high schools, and public and private colleges -- including Bluefield State College, the nation’s oldest black college -- to provide scholarships in engineering.

In this and so many other ways, Crossroads’ partnership with the business community is restoring dignity, hope, and healing to its neighbors.

“The church,” Pastor Lowe says, “has a new found sense of purpose and responsibility. They are reaching out to their neighbors with messages of hope and concrete opportunities. Through Bluefield’s well-being we are finding our own -- our fate is deeply intertwined with that of our community around us.”

There is a Balm in Gilead

As I close, I was in a room recently where Rick Warren gave a talk on how Saddleback seeks to engage and reach her community. He put their simply strategy in a way I have never heard. He simply stated that they focus on pain. In other words, their evangelism strategy is to find out where pain is present in their community and then seek to address it.

You could say that Saddleback’s evangelism strategy is to seek to be a place where the balm of Gilead is both found and administered.

Today, the church in all environments—in the cities, suburbs, and rurality—can employ such a missional strategy of engaging people far from God. As the old hymn suggests:

There is a balm in Gilead,

to make the wounded whole;

There is a balm in Gilead,

to heal the sin-sick soul.

May our churches be ambulances (or M.A.S.H tents) that go out and find those hurting and broken in order to share and show the healing balm of King Jesus!

There is a Balm in Gilead: A Missional Strategy for Churches in the 21st Century

There is a Balm in Gilead: A Missional Strategy ...