Those among the Nothing in Particular group are unlikely to pursue the church to reclaim some kind of religious memory – there is normally little history to recall.
Jeff Christopherson 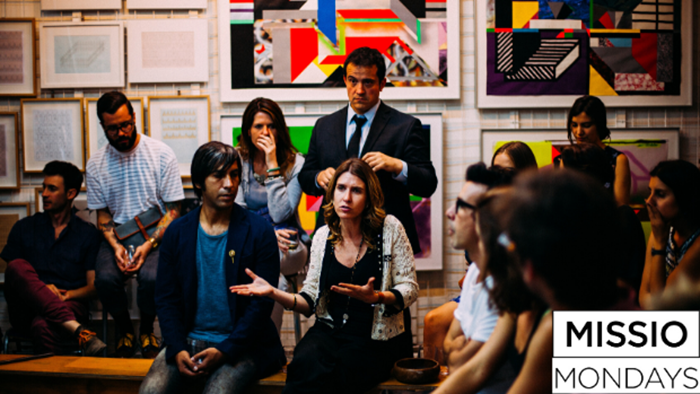 Image: Photo by Antenna on Unsplash

The “Rise of the Nones” captured widespread attention by Christian leaders in recent years. While it was once difficult to quantify the “nominal” Christian dynamic of religious preference in North America, the radical proportion increase of those claiming no religion put these realities front and center in the minds of evangelicals.

Those tasked with leading churches, denominations, and networks were forced to grapple with the reality of how this wide-sweeping abandonment of religion could have flowered on their watch. While it is not the intention of this article to discuss the numerous ecclesiological factors that have converged to contribute to the climate for “Nones” to flourish, their dramatic increase is nonetheless a commentary on the condition of the church. One thing is clear—the church’s mission field isn’t what it once was.

And perhaps, that is not altogether bad.

At our last gathering of the Send Institute Missiologist Council, we sought to discern the sociological dynamics propelling the category of “Nones.” Who are they? Where did they come from? What’s the church to do?

We wrestled with extensive data on the uprising of the Nones, as well as the declining statistics of most other faith traditions in North America. Safe to say—the findings painted a bleak picture of our present reality and our apparent future.

But unique to this report was a deeper dive into the subclassifications of the Nones. We dug into three distinct groups which, when combined, make up the whole of this fast-growing group: 1) Atheists, 2) Agnostics, 3) Nothing in Particular.

The first two groups - Atheists and Agnostics - express strong convictions in their positions and are highly resistant to change. But they do not seem to be growing as a percentage of population – just holding their own. But the third subgroup, those in the “Nothing in Particular” category, tell quite a different story.

The Nothing in Particulars possess a vague belief system, one that is far less thought through than the first two subcategories of Nones. They, as a grouping, express a strong belief in God, and seem to be open to attending a church sometime in the future – which, in itself, should provide a ray of hope for mission-spirited churches.

This category, as a group, has both less wealth and less education and are marked by a common dispassionate attitude to much of life. They tend to be ‘non-joiners’ in every sphere of society, from bowling leagues to the P.T.A. to religious expressions.

“Nothing in Particular” is a moniker which aptly describes their appetite for social commitment.

So, what are the missiological implications of this growing subsection? Here are five thoughts to consider:

First, the normative middle-class, upwardly-mobile church will have to grow comfortable in reaching to the margins.

Those among the Nothing in Particular group are unlikely to pursue the church to reclaim some kind of religious memory – there is normally little history to recall. They are also unlikely to be impressed with our opulent facilities or well-polished prefabricated programs – in fact these are likely to engender an adverse reaction.

The effective reaching of the Nothing in Particular group will necessitate indigenous church planting/disciple-making efforts rooted in the margins and designed to build and multiply kingdom disciples among this distinctive and growing demographic. Trying to fit this group into a button-down, khakied congregation might prove to be difficult.

Second, believers must learn methods of presenting the gospel that vary from the linear, propositional style favored by earlier generations.

Disciples should be prepared to ask wise questions growing in their skills of inquiry in order to determine where the gospel conversation should begin. A longer period of cultivation and sowing should normally be anticipated before a gospel harvest is likely to take place.

Believers, driven by gospel humility, will find effectiveness in contrasting why being a committed disciple of Jesus is a better alternative to the ease of drift that many have preferred in most categories of life.

Third, our leadership development systems must become sensitive to the emotional, educational, and financial realities of the Nothing in Particulars who have come to faith in Jesus.

These are generally not the hard-driving disciplined leaders that our systems often presuppose. At the same time, these kingdom disciples are best positioned to understand the presuppositions, biases, and questions that other Nones have regarding Jesus and his church.

They also can speak with authority to this skeptical group with both emotional precision and spiritual wisdom. Local churches would be prudent to listen and learn from new believing Nothing in Particulars because of their unique and personal insight. Because of these realities, they are best equipped to help unlock a new era of evangelism in what is likely the most reachable demographic.

Fourth, churches must embrace the transparency of suffering as a valuable tool in its missionary arsenal.

A common characteristic within the Nothing in Particulars is an inability to foster a sense of hope when life falls apart. When the Christian message inaccurately includes a promise for a perfectly manicured life, there becomes few honest points of connection between the mission force and the mission field.

In contrast, candid believers in Jesus can both declare and demonstrate how the gospel provides basis for hope that does not disappoint, even as they navigate life’s inevitable setbacks. As honest believers live in relational proximity to the Nothing in Particulars, their hope become living proof of God’s goodness in the midst of a broken and unjust world.

Finally, the frank skepticism of the Nothing in Particulars necessitate that our preaching and teaching ministries make room for questions and doubt.

Slick propositions that leave no room for them to wrestle with questions and engage with truth claims will repel more than attract. Those with teaching ministries should anticipate some message doubts or even outright suspicions of the messenger and address them in their sermons.

Inviting sincere doubters into ongoing dialogue about gospel themes over a shared meal will go a long way in paving the road toward true belief.

The spiritual opportunities among the Nones, particularly the subset of those claiming to allegiance to Nothing in Particular, provides a hopeful prospect for the missionary future of the church. But, as always, it’s up to us whether or not we are willing to make the missionary adjustments necessary to reach them.

Why the “Nothing in Particulars” May Be the Most ...