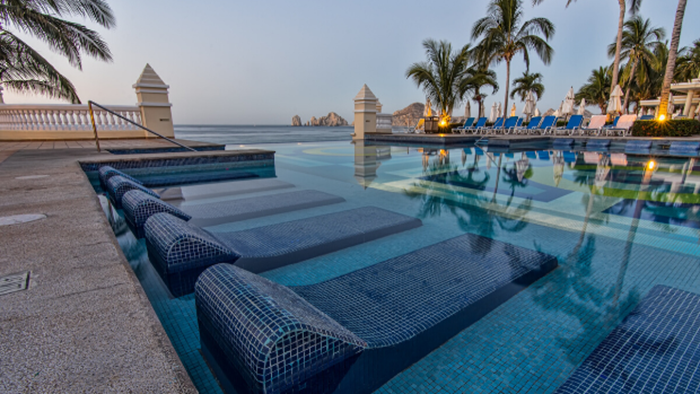 I have been involved at a country club three times in my life. The first time was under my parents’ membership while I was growing up. The second was as an employee serving as the assistant to the golf pro. The third was at an affordable club I found in Louisville a few years back. Let me just say, I have an affinity for golf!

I’ve also grown up in the church and have been a pastor of several churches over the last 12 years. Let me say, with all her blemishes and imperfections (of which I am a part), I love the church!

Having been a part of both as well as studying the North American landscape, I think for many Christians it’s easy to confuse country club membership to church membership. In this two-part blog, I want to highlight eight identifiers that your church might be a country club.

With that in mind, here are four identifiers that your church might be a country club.

First, your church might be a country club if the goal is to keep members happy.

A country club is a service provider. For many, they provide golfing, swimming, tennis, dining, and entertainment services. Thus, if their services don’t appeal and appease the members, they will soon experience a decrease in membership.

As a result, if members complain about the conditions of the locker rooms, the quality of the greens, the attire of the staff, or the taste of the food, country clubs will work to rectify the problem. A club’s future and sustainability is fueled by the satisfaction of the members.

A church, on the other hand, is a mission vehicle. A church’s goal isn’t to keep members happy consuming a service, but to equip members to be sent out proclaiming and demonstrating good news.

However, many churches have been turned into country clubs as they field an onslaught of complaints and suggestions. When churches are crafted into the image of consumers, they distort the image of their Savior.

Second, your church might be a country club if the leaders are seen more like a board of directors.

Many country clubs have a group of people called the board of directors who oversee the activities and effectiveness of the organization. In short, the board is mostly comprised of business people who are mainly concerned with two things: membership happiness and the club’s bottom line. Thus, board of directors are inclined to measure a club’s success based upon the bottom line of bodies and budgets.

In the New Testament, church leaders were never referred to as a board of directors, but as apostles, pastors (elders), evangelists, shepherds, and teachers (Eph. 4:11). And these leaders were to equip the members for the work of the ministry (Eph. 4:12). Did you catch that? Those who belong to the church are to do work: Gospel work!

I don’t know about your club, but I never experienced my club calling for a work day for members to tidy up the property. Members pay others to do the work so that they can enjoy the benefits of the club.

Church leaders aren’t a board of directors but a body of developers. Beware: churches that are primarily built on a country club mentality will experience a bottom-line effect when they have leaders who call members to work—getting their hands dirty—for the sake of God’s glory and others’ good.

Third, your church might be a country club if people with affluence carry all the influence.

For many, membership to a country club carries a connotation of status and wealth. Our culture is conditioned to treat those of status and wealth differently than those without the position or the deep pockets. I’ve witnessed first-hand how the owner of a multi-million-dollar company received preferential treatment compared to the retiree who drove a UPS truck.

It’s not that the retiree was treated poorly, he just didn’t carry the weight the million-dollar business man did.

I’ve also witnessed first-hand in the church world how status and wealth can get one a prominent place of influence in the church. Never mind that the person of affluence swims in a theological, missional, and spiritual kiddie-pool.

Yet, because of the influence his affluence provides him, he is able to bend the ears of the board of directors (leaders), which ultimately gives direction to the bent of the church.

Affluence should not be a factor for giving one influence in the church. People who should be given a voice and weight are those who exhibit an authentic and deep abiding love for Jesus and his mission. Churches keep this in mind: success in business doesn’t mean maturity in mission.

Fourth, your church might be a country club if the membership is homogenous.

There’s seldom any diversity in club members. Most members are cut from the same piece of cloth. They live in the same area, go to the same schools, dress the same way, vote for the same political party, etc.

In short, most country clubs are set up for homogeneity.

The church, however, was birthed for diversity. With the mission to create a people from all peoples, Jesus envisioned a diverse church—a third race as some have expressed. Therefore, churches should be about engaging, reaching, and cultivating the diversity represented in the community around them.

Therefore, churches should experience racial, cultural, socio-economic, political, and to some extent denominational diversity. In doing so, the church demonstrates the in-breaking reign of God to unite a people from all peoples through the blood of the Lamb!