Viewing the church or behaving as if the church is a country club distorts both the identity and the mission of the church.
Josh Laxton 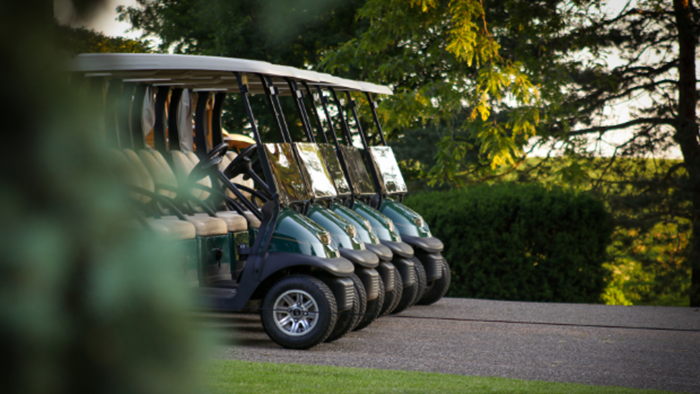 Image: Photo by Dean on Unsplash

In my previous post, I began outlining four identifiers that your church might be more like a country club than a church. Once again, I’m not knocking country club memberships. If you are a member of one, I give you permission to sing along with Travis Tritt—loud and proud—“I’m a member of a country club….”

Knowing the characteristics of a country club can help protect the church from becoming or being viewed as such.

Here are the remaining four identifiers that your church might be more of a country club that members pay for rather than the church that Jesus died for.

Fifth, your church might be a country club if your members worry about public disruption.

One of the benefits of being a member of a country club is that you don’t typically have to worry about the public infringing upon your property. In other words, the members of the club can enjoy the exclusivity of the club’s amenities.

They don’t have to vie for tee times, tables in the dining room, the pool, or the tennis courts. In short, they can enjoy their club with minimal crowd or public disruption.

In other words, if the public comes in, they may shape the church house into something they aren’t comfortable with.

I know what many church members say. They say, “We want to grow and reach new people.” What they really mean is, “We want to grow and reach new people as long as it’s convenient and agreeable for us.” In other words, they are fine as long as the newer people don’t rock the boat or disrupt what they have going on. It’s incumbent to keep in mind that Jesus didn’t die for his people to protect their exclusivity, but for his people to proclaim and demonstrate the inclusivity of the gospel—that Jesus is for all humanity.

Sixth, your church might be a country club if you view other churches (“clubs”) as competition.

The last thing you want if you are a club owner is people leaving and going down the street to the newer, bigger, and fancier club.

In fact, if a club starts losing lots of members to the club down the street, they begin to see them as their big bad competitor. As a result, there tends to be a sour taste towards the “other” club.

In addition, there tends to be reactive measures taken by the “losing” club. Instead of having their own identity and crafting the club accordingly, they copycat the club down the street—thinking such measures will plug the leak.

Churches should be different. Churches aren’t in competition with one another but are partners in the Great Commission.

I believe the reason why many churches and church members see each other as competitors is because for the last 30 years or so, there’s been a lot of swapping going on. Something happens at one church, and people leave to go down the street to the other.

Or, another church sprouts up with a “better” band, preacher, children’s ministry, and environment, and people from the “older” church leave to attend the newer. Such a cycle is built upon consumerism which drives competition.

While every church has the same call and task—or the same message and mission—the way they go about enacting them should have flexibility. In other words, church shouldn’t come in a one-size fits all mold.

As J.D. Greear expresses, “We are to marry the mission [and the message], and date the method.” Every church must seek the face of God to determine how they are to flesh out their call and task in their locale. Keep in mind that it may not look like the church down the street. And that’s ok.

Don’t misunderstand what I’m saying. I’m not suggesting that there’s nothing to learn from one another. I think there is plenty we can glean from the various models and styles of church. However, the minute we see them as competitors instead of family is the minute we Americanize the church’s mission—to be better than the church right down the street.

Seventh, your church might be a country club if 99.9 percent of your programs and events evolve around members.

Have you ever noticed the calendar of a country club? Almost every single event and program is for its membership. There might have been more, but the only event that I saw on the calendar that involved outsiders was the member-guest golf tournament.

Like I said, there could have been more, I just didn’t see them. Such a practice shouldn’t be odd, though. Should it? The members do pay for the club’s services and amenities. Thus, it would only stand to reason that every event and program would revolve around the members.

The church is a body or organization where the membership doesn’t exist for itself but for those who have yet to join. If churches aren’t intentional, they will find that most of what they do are geared for insiders instead of outsiders.

But if churches will stay true to their Christ-given mission, they will develop their ministries and programs with non-members in mind. If not, they are well on their way to becoming a country club.

Finally, your church might be a country club if you create an environment of becoming before belonging.

If you are going to belong to a country club, you will have to become of member of that club. It is as simple as that. Sure, some clubs offer you an opportunity to try out the golf course and the kitchen prior to joining.

Nevertheless, if you are going to belong and find community at the club, you will first have to become a member.

In the church, there’s a small debate over the progression of people’s faith and involvement with the church. Do people believe (in Christ), then become (a member of a church), and then belong (to the community)? Do they belong, then believe, and then become?

Once again, I don’t believe there is a one-size-fits-all for every person. However, I do believe that the church must be flexible on each person’s process and progression in the faith and involvement with the church.

Having said that, I do believe churches should be careful at creating environments that prohibit people from experiencing Christian community before they actually become a Christian. In other words, churches would do well to create safe environments for people to belong before they believe and even become.

Here’s a question for all of us to consider: What kind of impact could a church have if they created safe places for nonmembers (people far from God) to belong as they explored faith, engaged in a Christian community, and witnessed authentic worship?

Country clubs are places that provide services people pay for, whereas the church is a body of believers providing service for the King who died for them. When church leaders and church members keep this at the forefront of their minds, they will be a missional vehicle advancing the good news to a people in desperate need rather than a recreational vehicle enjoying the amenities of a religious club.