Are We Overlooking People and Areas in Need of Gospel Impact and Resources?

We now have numerous unprioritized areas that God calls us towards.
Ed Stetzer 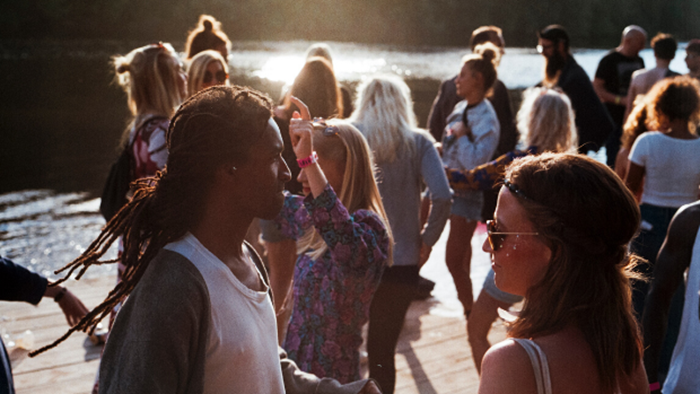 We live in an age where there are countless ways to reach people through technology, financial support, and missions work. It is common to hear about certain places and people groups that are in these resources and efforts, such as third-world nations or areas under restrictive governmental regimes.

However, certain ethnolinguistic people groups continue to be unreached, and at the same time, overlooked.

For example, we can point to Quebecois in Canada and the thousands of South Asian Indians in the western suburbs of Chicago. There are also geographical areas that are unacknowledged. Perhaps the most notable are rural areas in the United States and around the world.

Paul strategically prioritized urban centers during his missionary journeys. Think of Philippi, Ephesus, Colossae, and Thessalonica: they were all places where large numbers of people lived, worked, and worshipped.

Paul could reach the most people with the gospel by preaching and planting the gospel in these cities. Acts actually tells us “all Asia” was reached from Paul’s three years in Ephesus (Acts 19:10). While today’s cities are still vitally strategic and important, our world is different than Paul’s.

We now have numerous unprioritized areas that God calls us towards.

When thinking about these forgotten areas, as pastors in particular and Christians in general, we begin to ask questions about what we should do to improve the church’s reach: Do we travel to these places and evangelize? Do we plant churches there? Do we send money? How do we accomplish all of these things?

I believe that there are two main answers to the questions concerning outreach to overlooked peoples.

First, one of the best ways to improve the church’s reach is the call on each of us to elevate voicesthatare already present in the forgotten areas.

In God’s providence, I have a platform at Christianity Today, through the Billy Graham Center, and at Wheaton College. Each of us has a platform we can use to make the voices of others louder rather than to lead our own parade. And many of those voices are from overlooked mission fields.

In terms of rural areas, for example, though the Rural Matters Institute, we want to elevate Dirt Roads Network, OneHope, and other voices that support church outreach in these areas.

By using our platforms to highlight overlooked areas, we make our audience aware of the ongoing circumstances and situations in rural areas such as the opioid crisis. Examples of this can be seen during elections where candidates start national conversations about crises in areas that are otherwise forgotten.

President Trump, who was disproportionately elected by rural America, has focused on conversations around the opioid epidemic since he entered politics in 2015. Other candidates have also discussed the issues in rural areas, which has shed light on people and systems that previously went unacknowledged by both the church and the secular world. Through this, we see Christian and secular ways of bringing awareness to forgotten areas.

The second answer to our questions about acknowledging missionally unreached areas stems from our ability to support and encourage those who serve in these places.

We must remember that it is equally important to encourage the voices of others as it is simply to give them an opportunity to be heard. To go back to my example from earlier, helping voices in the Dirt Roads Network be heard is a necessary part of having a platform. But the message of those voices is equally important; not only do they make others aware of what is going on, but they further God’s work.

In the past, I’ve been asked to speak at numerous church events for rural matters. I’m always hesitant to do so because I have not been through the same experiences as those in the audience and don’t want to give instructions as to what others should be doing.

But a few of these events have also featured speakers such as Erwin Lutzer, who was the pastor of Moody Church for 37 years. You have to travel about an hour or more from Moody in any direction to reach anything rural; Lutzer would have likely encouraged these hearers to continue to run the race rather than telling them how to run the race. I want to do the same.

Regardless of our personal context we can always encourage one another to think missiologically. It is a hope of mine, and the hope of many others involved in Kingdom work, that we will develop teams of people who are the best practitioners in certain areas.

For example, we have a goal to develop groups who are experts on rural work, and through the Billy Graham Center’s Rural Matters Institute, we equip rural pastors and leaders with resources and mentoring partnerships. By encouraging leaders and creating these teams, we will create a cycle in which we use our platform to make others heard while simultaneously raising up new leaders as well.

Once this happens, we will have a system of leaders in otherwise abandoned or forgotten-about areas being supported, while leaders in more well-known areas are able to use their already-developed platforms to raise awareness about the need for the gospel impact in lesser-reached areas of the world.

Are We Overlooking People and Areas in Need of Gospel Impact and Resources?

Are We Overlooking People and Areas in Need of ...