Kingdom Character: How to be Faithful to the End (Part 2 of 3)
Jeff Christopherson 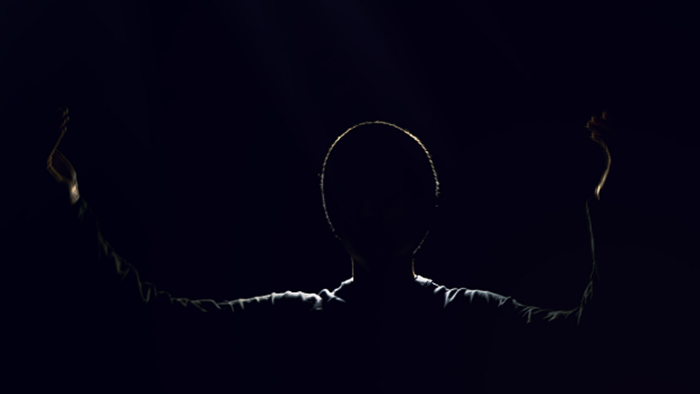 A common sentiment in contemporary thought approaches character in a siloed and compartmentalized manner. A public figure badly misbehaves, and his supporters sing in unison the much too familiar song that a leader’s private life has nothing to do with his job performance.

It seems to be agreed by the majority of our culture that private and public lives are entirely separate and unlinked. Private living and public functioning are unrelated.

But as in the case of many cultural opinions that have not been carefully scrutinized, this societal creed has not been consistently applied. Few would propose that a serial sex offender or a corporate embezzler should be given public office. Why? Because their offenses are aberrant acts that disqualify them as individuals who deserve public trust.

So, contradicting the sentiment of popular opinion, seems to be an unwritten list of character issues that will negatively affect public performance. What is at issue is the collective agreement of the list.

For the Christ follower this separation of private and public lives should seem perfectly absurd. We understand, that by the very nature and essence of personhood, we are one being, and there are no artificial divisions separating the various areas of our lives.

The moment I rationalize disobedience, that decision becomes a darkness that pervades the entirety of my character. There is no way to segregate or partition that incident of darkness to a private ghetto. I am one person. And that one person is now in the sin-management game.

As we have already observed through the example of Peter, Jesus noticed the swarthy disciple’s issue of character and called it out. For Peter, his private issue of self-reliance became a spiritually damaging point of character that publicly hemorrhaged throughout his relationships at the worst moments.

Peter, as a natural leader, continued to influence others from the darker impulses of his flawed spiritual character – his fleshly self-reliance was the issue of Jesus’ corrective efforts.

Christian leaders need to come face-to-face with this ethical reality. Not one of us are unflawed in character and none walk with impeccable spirituality. We all walk with a limp.

But what should be more alarming than the existence of our character faults is our heart’s attitude toward those very faults. If our brokenness is no longer a source of personal heartache, but instead is permanently nailed down as part of the package we self-describe as our “charm” – we have no business leading God’s people.

There is far too much at stake.

All spiritual leaders walk with a limp, but in their uncertain steps, Kingdom-revealing leaders walk with great humility. In their weakness, God’s strength can be found, and the Kingdom results flowing from that dependent limp are both redemptive and eternal.

Here are six biblical thoughts to help us:

1. Call my sin what it is. Only as we look honestly at our sins and see their reality in their full ugliness will we acknowledge that crucifixion must be their fate. Sin management can give us a little extra rope, but in the end, it will become the instrument that makes our public undoing all the more devastating.

2. Bring my sin before the light of Christ. A cavalier attitude toward my own sinful character demonstrates that I no longer behold my Wrath-Bearer who agonizingly cried from his perch of nail, “My God, my God, why have you forsaken Me?” When I envisage Calvary, a penitent heart cries out, “My sin caused this!” Sin management, at this point, becomes the greatest depravity of all.

3. Reflect on the private and public consequences of my sin. “What fruit were you getting at that time from the things of which you are now ashamed?” (Rom. 6:1). The fruit of sin, before my salvation, was destruction. By attempting to manage my sin, do I really believe that the consequences are different?

4. Remember where spiritual strength originates. Paul says, “Put on the new self, which is being renewed in knowledge after the image of its creator” (Col. 3:10). Sin cannot be managed, only eradicated. The anti-venom to sin is the life of Christ in the sinner.

5. Seek God’s Spirit.“If you live according to the flesh you will die, but if by the Spirit you put to death the deeds of the body, you will live” (Rom. 8:13).

6. Live transparently. This is the least practiced and yet the most protective habit of powerful Kingdom people. (This will be the subject of next week’s article.)

When Christian leaders pursue the integrity of unsegmented lives that seek the penetrating light of Christ, the era of sin management is replaced with a new age – one that is capable of unbesmirchingly carrying the gospel to a jaded people who have grown weary of a Jesus-less church.

May the era of sin-management end with us.