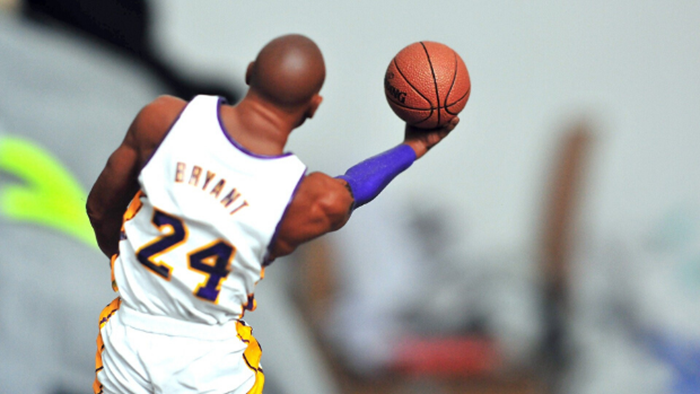 Image: Photo by Tookapic on Pixabay

Some moments embed themselves in your memory. Most people can remember where they were during 9/11—the dreadful day thousands of American lives were lost in several terrorist attacks.

Yesterday was one of those moments for me.

Besides my family, my life tends to orbit around three Bs: the Bible, books, and basketball. I love NBA basketball—at times, much to my wife’s chagrin. As our ministry team closed our worship services yesterday, one of our members delivered me the news: “Kobe Bryant died in a helicopter accident.”

My stomach dropped. I had more questions than answers.

As the tragic story unfolded, I learned that Bryant’s 13-year-old daughter, Gianna, and seven other people also lost their lives in the accident. I felt numb all day. I didn’t know what to feel.

When the numbness subsided, one thought plagued my mind. What is it about the tragic, untimely death of iconic men and women that causes a collective lament from people from various religious, ethnic, and social backgrounds?

Three things about Kobe’s life and legacy ring true. And I think they are informative—especially for believers.

The Changing Narrative on Black Fatherhood

As a father, my heart hurt that Bryant could no longer continue to nourish and develop his growing relationship with his daughter.

While I did not care for Kobe Bryant as a player, I admired him in his retirement as a father. His active involvement in his daughters’ lives and his presence after missing special moments because of a rigorous NBA schedule was refreshing.

Our country is rife with mischaracterizations about black fatherhood. Kobe had joined the litany of NBA Black father ambassadors to help shape and change the false narrative of fatherlessness in Black and Brown communities.

We lost the opportunity for Bryant’s story as a father to play out. But we are also reminded of ordinary, everyday, working Black fathers who put the same effort and love into their children’s lives.

It is no secret that we live in racialized times. Don’t get trapped in talking point tales that undermine image-bearing men and women. As believers, let us make sure we continue to believe the best about others and not perpetuate stereotypical views that alienate brothers and sisters in the faith.

The Importance of Passion and Drive

As a Christian, I prayed earnestly that those involved had heard and believed the gospel and that my passion for gospel proclamation would never wane.

Bryant was one of the hardest working players in his sport. And it paid off for him. His passion for the game of basketball led him to study it more than any other player in modern history. He didn’t want others to remember him as a disinterested member of the NBA, but as an ambassador.

He also served as an ambassador for the women’s game—helping the basketball community acknowledge and honor the work women put in on and off the court. Down to his last game, that passion never waned—he scored 60 points in his final game.

Even for “veteran” Christians, it’s easy for the passion and drive to subside. It is easy to plod along in life without having shared our message of hope with those around us. My prayer is that Bryant’s misguided passion for NBA crowns leads us all to a renewed passion for our eternal crown (1 Cor. 9:25).

The Myth of Immortality

As a 41-year-old—the same age as Bryant—I was reminded of the words of the writer of the Psalmist: “Teach us to number our days, that we may gain a heart of wisdom” (Ps. 90:12).

In many ways, Bryant appeared immortal. He won five NBA championships and multiple NBA MVP awards. Bryant is going to be an inductee in the basketball Hall of Fame this fall. A mere two years into a new entertainment venture, he won an Oscar Award.

The news of his death shocked the conscience because he oozed invincibility. Many of us scrolled and refreshed our social media timelines yesterday because we found it hard to believe the news. But we may have missed an important moment.

As we peered through the windows of social media, many of us neglected to turn our gaze to the mirror of introspection.

We believe in our immortality, too. Or at least we live that way. We don’t maximize the moments with our children the way we should. We procrastinate and put things off because “there’s always tomorrow.”

Why? Because thinking of our mortality makes us reshape our priorities. And reshaping our priorities brings us face-to-face with the reality that we are more selfish than we’d like to admit.

National tragedies lead to national conversations. But the most important conversation we all need to have in light of yesterday’s news is an internal one.

Have you looked in the mirror of your soul lately? If not, step away from the window for a moment, let the truth of your mortality wash over you, and allow God’s grace to number—and shape—the rest of your days.

John C. Richards, Jr. is a thought-leader, gifted teacher, and gifted writer/speaker. He currently serves as the Pastor of Assimilation at Saint Mark Baptist Church in Little Rock, Arkansas. He is currently pursuing a Ph.D. in Christian Leadership from Southeastern Baptist Theological Seminary and previously served as Managing Director of the Billy Graham Center at Wheaton College.