Each year, we post MLK's letter to white moderates as it still speaks today.
Ed Stetzer 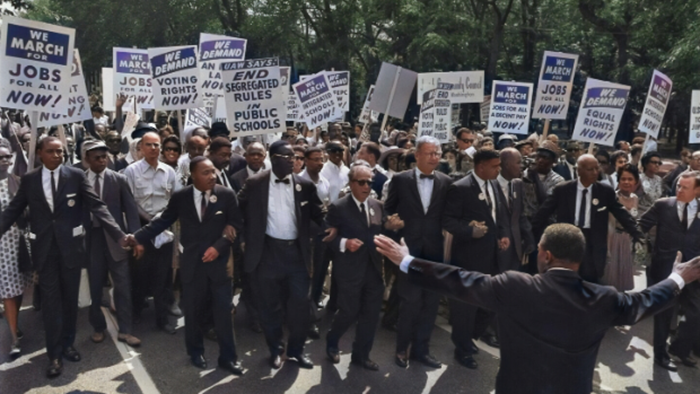 Image: Photo by History in HD on Unsplash

Since many evangelicals were on the wrong side of the race issue decades ago (and on the wrong side of some of the hoses in places like Birmingham), I think it is helpful to read some of the words that came out of that Birmingham jail. The letter was in response to several white religious leaders and an open letter they published, A Call for Unity.

My hope is that it will help evangelicals think more deeply on the issue of race today, asking the Lord to make our blind spots clear and our passion for justice strong.

King's letter is a response to a statement made by eight white Alabama clergymen on April 12, 1963, titled "A Call For Unity". The clergymen agreed that social injustices existed but argued that the battle against racial segregation should be fought solely in the courts, not in the streets. King responded that without nonviolent forceful direct actions such as his, true civil rights could never be achieved. As he put it, "This 'Wait' has almost always meant 'Never.'" He asserted that not only was civil disobedience justified in the face of unjust laws, but that "one has a moral responsibility to disobey unjust laws."

Here are parts of that letter:

I received a letter this morning from a white brother in Texas which said, "All Christians know that the colored people will receive equal rights eventually, but is it possible that you are in too great of a religious hurry? It has taken Christianity almost 2000 years to accomplish what it has. The teachings of Christ take time to come to earth." All that is said here grows out of a tragic misconception of time. It is the strangely irrational notion that there is something in the very flow of time that will inevitably cure all ills. Actually, time is neutral. It can be used either destructively or constructively. I am coming to feel that the people of ill will have used time much more effectively than the people of good will. We will have to repent in this generation not merely for the vitriolic words and actions of the bad people but for the appalling silence of the good people. We must come to see that human progress never rolls in on wheels of inevitability. It comes through the tireless efforts and persistent work of men willing to be coworkers with God, and without this hard work time itself becomes an ally of the forces of social stagnation...

I have heard numerous religious leaders of the South call upon their worshipers to comply with a desegregation decision because it is the law, but I have longed to hear white ministers say, follow this decree because integration is morally right and the Negro is your brother. In the midst of blatant injustices inflicted upon the Negro, I have watched white churches stand on the sidelines and merely mouth pious irrelevancies and sanctimonious trivialities. In the midst of a mighty struggle to rid our nation of racial and economic injustice, I have heard so many ministers say, "Those are social issues which the gospel has nothing to do with," and I have watched so many churches commit themselves to a completely otherworldly religion which made a strange distinction between bodies and souls, the sacred and the secular.

There was a time when the church was very powerful. It was during that period that the early Christians rejoiced when they were deemed worthy to suffer for what they believed. In those days the church was not merely a thermometer that recorded the ideas and principles of popular opinion; it was the thermostat that transformed the mores of society. Wherever the early Christians entered a town the power structure got disturbed and immediately sought to convict them for being "disturbers of the peace" and "outside agitators." But they went on with the conviction that they were "a colony of heaven" and had to obey God rather than man. They were small in number but big in commitment. They were too God-intoxicated to be "astronomically intimidated." They brought an end to such ancient evils as infanticide and gladiatorial contest.

Things are different now. The contemporary church is so often a weak, ineffectual voice with an uncertain sound. It is so often the arch supporter of the status quo. Far from being disturbed by the presence of the church, the power structure of the average community is consoled by the church's often vocal sanction of things as they are.

But the judgment of God is upon the church as never before. If the church of today does not recapture the sacrificial spirit of the early church, it will lose its authentic ring, forfeit the loyalty of millions, and be dismissed as an irrelevant social club with no meaning for the twentieth century.