How are the times changing? Here are four cultural realities which require a different kind of response from the church.
Jeff Christopherson 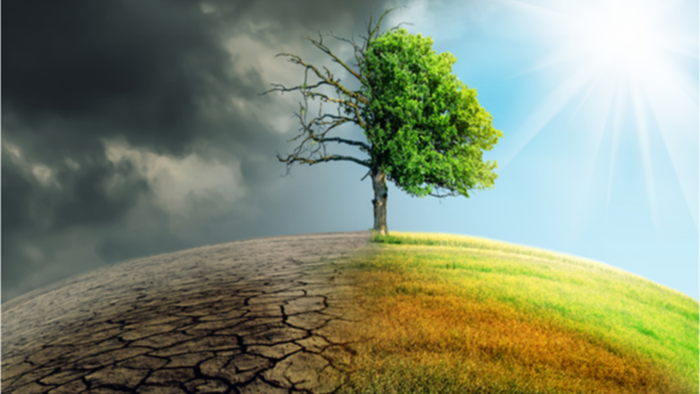 Image: By Sepp photography via Shutterstock

Times change—sometimes at a seeming snail’s pace, and other times at a breathtaking pace that’s more closely akin to that of a cheetah sprinting after a fleetfooted gazelle.

For many, on the surface at least, the last several decades have appeared to be relatively stable for church planting methodologies.

Numerous church planting leaders saw little incentive to change, and instead, insisted on plotting a future course that was eerily reminiscent to the past. Disregarding the cultural realities that are shaping the mission field, we have doubled down on a church planting idea that assumes a resident religious memory, but only to diminishing returns on our investment.

In some cases, we have learned to plant larger, but almost always to thinning evangelistic effect.

It would seem that many of us are convinced that we are still in the “church growth golden age” (circa 1985) by deploying methodologies that prioritize launching worship experiences which bake in the consumeristic value of excellence and the principal metric of attendance.

And so, we continue to send courageous church planters who heroically attempt to start new churches that are built upon an erroneous cultural assumption that there still exists a marketshare with ‘church-going credentials’ residing in most North American communities.

When culture is tiltedtoward the church, we instinctively know what to do. We woo them and welcome them in with a warm and sincere greeting. Hand them a gift bag. Invite them to a meet and greet with the pastor. And get them to sign up for the new member’s class. Its muscle memory for most of us.

But what happens when the culture is tilted away from the church? What do we do when there are only social disadvantages to our evangelical ties?

Perhaps most have awakened to the reality that somehow, the ground has fundamentally shifted under our feet. We call to mind the men of Issachar who helped King David “understand the times and know what Israel should do” (1 Chron. 12:32).

How are the times changing?

Here are four cultural realities which require a different kind of response from the church:

First, there is a rapid shift from secularism to secularity.

In place of secular‘ism’ we find a new reality; secular‘ity’. Secularity doesn’t seek to eradicate religion; it merely sets them all (secularism included) on the buffet table of worldview options. People are left to determine for themselves which of an endless array of spiritual alternatives provide the best sense of grounding for their lives.

Second, there is a rapid shift from theoretical truth to demonstrable truth. The value of what is hypothetically true is of less worth in the minds of most today than what demonstrably actually works.

For many moderns this is a stunning reversal of the prevailing spirit in which they were raised. Modernism sought after impartial truth. In that worldview, evangelistic techniques had apologetical underpinnings that assumed that if people simply learned of the veracity of Christianity, then their spiritual conversion would naturally follow.

But the ideas implicit within postmodernism diluted this notion of truth. Words alone seemingly lack meaning, and every absolute truth claim was met with skepticism. What now seems to stir curiosity is the expediency of truth.

Does my Christian worldview actually work? If divorce rates are similar inside and outside the church, many move along to try other choices on the buffet. If personal faith doesn’t transfer into community engagement, the veracity of that faith becomes immediately suspect.

Now, more than ever, our day demands missionaries like Elijah (1 Kings 18) who can show the superiority of the one, true God over and against all competitors by the authenticating substance of their lives.

Third, there is a shift from distant pitches to relational proximity.

The previous two shifts call for the third. If the goal is to prove truth, then one merely has to articulate that truth in a compelling and convincing way. Sadly, we’re all also aware that at times these truth statements have morphed into angry shouts rather than winsome testimonies.

What’s required today is the relational proximity designed to marry a compelling gospel message with a believable gospel messenger which, integrated together, coexist as Exhibit A for the superiority of Christ. People must see that Christ is better.

This leads to a clear problem—how do onlookers see the superiority of Christ when believers are cloistered away in insulated containers, sealed and protected from possible contamination from spiritual outsiders? The answer is clear: They cannot.

Fourth, there is a rapid shift toward a deployed and decentralized church.

Some missiologists have been arguing for the necessity of such a shift for decades. What these voices have been unsuccessfully heralding for years, COVID-19 accomplished in days. God allowed the church to be locked out of its confining container and sent into world.

Never before in North America has the need been greater for believers to live as lights to the world, a city on a hill that cannot be hidden (Matt. 5:14-15).

Now distant from church gatherings are programs, the local church must become resoundingly local in deployment. People must strive to connect with one another, love their neighbors, meet real needs, listen to hurts, and live as agents of the kingdom. But sadly, far too often a gathering-centric church is not well prepared to deploy disciples into Christ’s mission.

So, what do these changing times mean for God’s church?

Second, we need a different kind of church planter. If our focus shifts to invading the secular space with believers who model the superiority of Christ, then we need church planting teams that are within relational and credible proximity.

Such work will happen best through teams of interdependent leaders who can live out their sacred callings and unique giftings by deploying together as co-vocational teams. And the side benefit is this, we begin to develop an infinitely reproducible blueprint for new believers to pattern.

Third, we need a different level of gospel collaboration. The scorecard has shifted in ways that are hard for many to get their minds around right now. Think about how foolish the question, “How many did you have?” sounds right now.

I believe that this is for our good. Now we must think less about ourselves and more about the spiritual state of our communities. And to that end, we must work together with other churches to see that everyone has a chance to see, hear, and respond to the good news invitation of Jesus Christ.

Can we make these changes? Of course. Will we? Only time will tell.

Who will make these changes? Those who know the times and adapt with Spirit-guided wisdom.

May God multiply this camp across North America.

Can We Now Agree that It’s Time to Become a ...