Describing churches as a "major source of coronavirus cases" is odd, since that's not even the case their own article makes.
Ed Stetzer 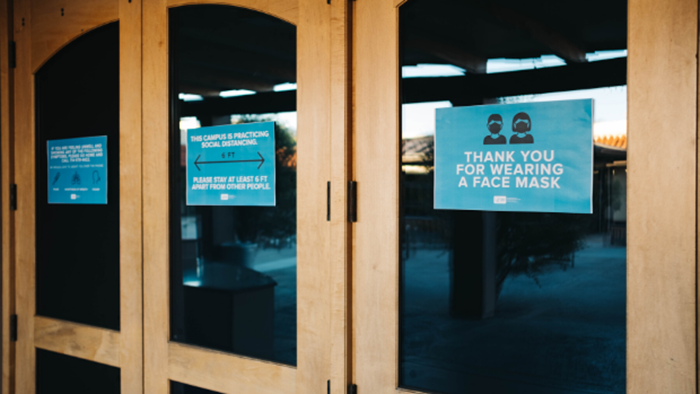 The New York Times just published an article with this headline: "Churches Were Eager to Reopen. Now They Are a Major Source of Coronavirus Cases."

Headlines are chosen by editors, of course, and don’t always tell the whole story.

However, the lede continues: "The virus has infiltrated Sunday services, church meetings and youth camps. More than 650 cases have been linked to reopened religious facilities."

The Drudge Report now links to the article with the ominous headline, “Churches Now Major Source of Spread….”

As someone who has strongly advocated for churches to take COVID seriously, and whose church is not yet meeting, I read this article with great interest. And, after reading it twice, I can say that this article seems to tell a different story than its title.

For example, they report:

More than 650 coronavirus cases have been linked to nearly 40 churches and religious events across the United States since the beginning of the pandemic, with many of them erupting over the last month as Americans resumed their pre-pandemic activities, according to a New York Times database.

That’s 650 since the beginning of the pandemic, mind you. There are now 3 million people infected in the United States.

Furthermore, there were 60,000 cases each of the past two days in America. That's almost 100 times the 650 cases that the New York Times reports in churches—and that is since the beginning of the pandemic.

The article does have some good and insightful reporting. However, there are several unhelpful parts, even beyond the headline.

Let me unpack some of the more obvious issues with the article.

Churches have been remarkable partners in the fight again the coronavirus, with the vast majority closing their gatherings all around the country. Yes, there have been a few outliers, but their paucity demonstrates the cooperation of churches with officials throughout this pandemic.

Churches have overwhelmingly been partners with health authorities and have carefully taken each small step.

Second, hyperbole helps no one.

It is strange (at best) to use words like “major” and “erupted” when describing 650 cases. You could easily write an article with the headline, “Of the 3 million cases, only 650 connected to churches.”

On that point, the headline is misleading. Having 650 cases in my county might be news, but 650 nationally out of 3 million cases is a headline looking for a story. The real story is this: churches are gathering and remarkably few infections are taking place.

Third, the article understates the obvious.

In fact, it buries something quite essential: “... some of the recent cases appear to have occurred in churches that did not require masks or keep members apart.” For example, 236 cases in Oregon were linked to one church in that state.

The Oregonian/OregonLive reported that a deleted video from the church’s Facebook page showed “hundreds of worshipers singing, dancing, and jumping around” at a May 24 service despite the governor’s orders restricting gatherings

This one church (out of 300,000 churches in the country) accounted for about one-third of the total in the NY Times article.

To be clear, every case matters—every life matters. But making churches out to be the problem does not come from the data.

It is worth saying again that I’ve been one of the most cautious. I hosted an early Facebook Live (viewed by almost 200,000 church leaders) urging churches to take the crisis more seriously. My church is not gathering. I’ve cautioned churches not to rush to do so.

We have been cautious because gathering is a riskier activity. It is indoors. There are a lot of people. That’s why we need to take this seriously, and so many churches are.

And that’s the story that got missed.

And, good journalism needs context. There are over 300,000 churches in the United States, the overwhelming majority who are doing amazing in their COVID response.

Articles like this remind us why the Knight Foundation and Gallup found in a 2018 poll that Americans trust toward the media continues to decline. Most adults have lost trust in the media. Articles like this won't help in rebuilding trust among church leaders.

Don't misunderstand: gathering is risky, and proper protocols need to be followed. But, churches are doing so. Pastors care for their people and have represented the balance between gathering and safety overwhelmingly well.

Will there be an outbreak at a church that follows the rules? Yes. there will be. Just like there will be at colleges that meet this fall, and at Amazon warehouses, big box stores, and at workplaces. This disease is insidious and spreads easily. That’s why we need to continue to be careful.

However, articles like this create a false narrative concerning churches and places of worship, cause people to believe reporting on religion can’t be trusted, and it enflames rather than informs.

Reading the responses to my original tweet is instructive. The Times is already written off by many people of faith. However, I’m not among those yelling, “Fake news.” Yet, when stories are poorly framed, it has consequences.

The article provides the opposite of its headline. A few churches have made some bad decisions and this has led to community spread. However, even in these cases, your chance of catching the virus at church is—based on the data in the story—remarkably low.

And, if you make wise choices, it is even lower.

The picture used for the Times article is from a Calvary Chapel. The Calvary Chapel I visited on Sunday is more representative of their network of churches in particular and most churches in general. They literally have cones between every car (unlike at stores), clearly defined zones for people to gather, health and cleaning teams, and more. They are following the rules and observing proper protocols. (See update at the end of the article.)

We all recognize the difficulties we face today, whether we are talking about churches, workplaces, schools, or sports. Inflammatory articles like this help no one but may instead cause harm both to the subject and to the source.

The New York Times is a place for serious journalism, and much of this story is good work— the quotes, the personal stories, and more. However, it frames the story in a way that is unhelpful and ultimately misleading.

The New York Times needs to take churches, and their work to protect their own people, more seriously.

Ed Stetzer is executive director of the Wheaton College Billy Graham Center, serves as a dean at Wheaton College, and publishes church leadership resources through Mission Group. The Exchange Team contributed to this article and have updated it.

Note: Calvary Chapel churches play a prominent role in The New York Times article. On Sunday, I visited Calvary Chapel Costa Mesa (the founding church of the Calvary Chapel movement). Their church was gathering following all state and county mandates, right down to the detail of parking one spot apart. They have seven zones, all with ushers, health workers, cleaners, etc. I will share more on this in a future article.