The Growth of Our Multiracial and Multiethnic Churches: An Honest Assessment

In other words, when it comes to churches being part of the solution to racial injustice instead of an ongoing problem, NPR would have us believe that the glass remains half empty.
Mark DeYmaz 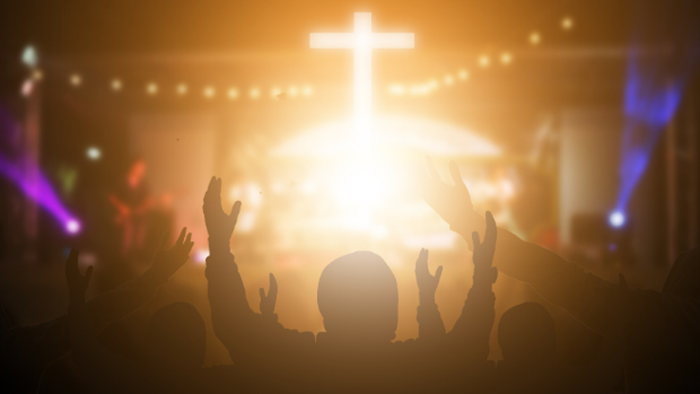 Last Friday (July 17, 2020), NPR’s All Things Considered, aired an 8-minute feature titled, “Multiracial Congregations May Not Bridge Racial Divide.” The narration begins, “As America turns its attention to the work of overcoming racial injustice the role of churches comes into focus.”

Yet the general tone and direction of Tom Gjelten’s piece is set in the next sentence:

“Christianity at times has accommodated racism rather than opposing it and some efforts of churches to promote reconciliation have run into obstacles.”

In other words, when it comes to churches being part of the solution to racial injustice, not an ongoing problem, NPR would have us believe that the glass remains half empty.

Of course, some on Twitter were quick to advance the negativity.

In response, I replied: “Too bad: interviews/articles like this seem bent to discredit as well as to ignore some 20+ years of progress to date. It’s unrealistic to expect an 18yo to be fully mature. So many strong and healthy multiethnic works ignored as well as good pastors actually doing the work. #smh”

It’s no secret. Throughout American history, some who have called themselves Christians (not necessarily Christianity) as well as churches they’ve attended have been more inclined to perpetuate racism rather than oppose it. And yes, of course… There are challenges to building and leading a healthy multiethnic church. Indeed, I’ve written an entire book on how to overcome the obstacles.

Nevertheless, while Gjelten’s piece is informative it is woefully incomplete. Among other things, throughout the entire 8-minute segment he:

Fundamental to understanding the NPR piece and to interpreting the research is a definition first put forth in 1998 and still used by many to define what sociologists call a “multiracial” church: namely, 20 percent or more diversity in attending membership.

But is this quantitative definition rightly the one by which we should describe what pastors more commonly call a multiethnic church?

The fact is, there is so much more to it than merely counting diverse people in the pews.

Recognizing the need for a more robust understanding of what truly constitutes a “healthy” multiethnic church, and to provide a North Star of sorts for pastors and churches seeking to be so, the Mosaix Global Network posited the following definition in 2018:

a) walk, work, and worship God together as one to advance a credible witness of God’s love for all people;

b) recognize, renew, reconcile, and redeem broken relationships, both interpersonal and collective;

d) advocate and advance justice, mercy, and compassionate work in the community; and

e) embrace the tension of sound theological reflection and applicational relevance in an increasingly complex and intersectional society for the sake of the Gospel.

Thus, I and the vast majority of other multiethnic church practitioners agree with sociologist Dr. Korie Little Edwards, as quoted by NPR: "I would argue that the goal (of a multiracial church) shouldn't be (mere) diversity."

Beyond definitions, consider also just how far the Multiethnic Church Movement has come even while acknowledging it still has far to go. Despite naysayers, there is documented momentum and the Movement is on track to become mainstream by 2035 or so… following a trajectory that I first laid out in the aforementioned book, Leading a Healthy Multiethnic Church: Zondervan, 2010).

The NPR article suggests that Christian churches defined as "’multiracial,’" with at least one out of five members from a minority background, grew from 6% in 1998 to 16% in 2019.” But this is not true. That percentage growth is specific to “All Congregations, All Faiths (not just Christian),” as was explained by sociologist Dr. Michael Emerson at Mosaix’ 4th National Multiethnic Church Conference in November 2019.

In relation to the growth of multiracial churches within three broad classifications of U.S. Christendom, the percent of congregations now meeting the 20 percent threshold is as follows:

Concerning Evangelicalism, specifically, Dr. Emerson said, “The growing proportion of Evangelical multiracial churches, I think, is the big story… It’s more than tripled in these twenty years. By the way, as a sociologist who studies these things and watches how social change happens, there’s no way ever I could have even imagined that would be possible; so, it’s the work of God.”

Emerson then addressed the question, “Who’s leading these congregations; who is the head pastor?”

Of course, these numbers say nothing about increasingly diverse staff teams across the country on which leaders of color hold and/or are being hired for positions of responsible authority.

In other words, on this score, too, and in spite of the otherwise bleak picture painted by the NPR piece, the Movement to establish healthy multiethnic and economically diverse churches for the sake of the Gospel has made tremendous gains over the past twenty years. I’m confident it will continue to do so.

Further reflecting on the past twenty years, Dr. Emerson also said at the conference,“…we have much to celebrate, truly. If the goal was to reach 20% in these churches by 2020, at least within the Christian church that has been done…. But now we need to have a bigger and even richer goal.”

He then challenged the collective Movement to “…move from being toddlers to teenagers and to even adults…” in the coming years, and to use its increasing demographic diversity to work for “...true justice, true reconciliation, and true unity, addressing major issues like white privilege.”

It's a challenge Dr. Emerson, Dr. Little Edwards, I, myself, and the many other pastors today pursuing the dream, diverse men and women too numerous to mention, would encourage you to accept as well.

Dr. Mark DeYmaz is the founding pastor of the Mosaic Church of Central Arkansas, co-founder and president of the Mosaix Global Network, and author of seven books including Building a Healthy Multi-ethnic Church and The Coming Revolution in Church Economics.

The Growth of Our Multiracial and Multiethnic Churches: An Honest Assessment

The Growth of Our Multiracial and Multiethnic ...