But very few twentieth-century novelists besides Lewis and Tolkien have the power to show us what good people look like--characters with integrity, compassion, courage, and a willingness to sacrifice for others.
Ed Stetzer 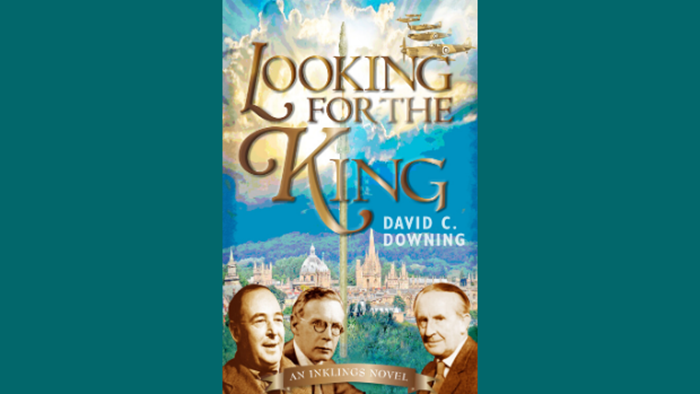 Today I am glad to welcome Dr. David Downing to The Exchange. Dr. Downing is the Co-Director of the Marion E. Wade Center at Wheaton College, as well as a professor of English. He is the author of four award-winning books on C.S. Lewis. Below we talk about his latest book, Looking for the King: An Inklings Novel.

Ed: How and when were you first introduced to C.S. Lewis and the Inklings? What did you find most interesting and attractive about their work?

David: I first read both Lewis and Tolkien during my college years. Someone recommended the Narnia Chronicles to me in high school, but I thought I was far too sophisticated and mature at the age of 18 to be reading "kid stuff"!

When I finally dipped into The Lion, The Witch and the Wardrobe one summer, I was so enthralled that I read all seven Chronicles in a month. Then I sat down and re-read all seven of them again the next month.

I started reading The Lord of the Rings one evening in college when I had classes the next day, forgetting all my homework because I couldn't put it down. I recall that it was about 2:00 in the morning when Gandalf was pulled into the abyss, and I almost had an anxiety attack.

Later in the story, when Gandalf reappears, I had a sense of relief and elation that seemed some small tincture of the joy of that first Easter morning.

I'm sure that part of my attraction to both Lewis and Tolkien is simply that both are master storytellers. But there is also a power of Goodness in their work. As an English major in college, I spent much of my time reading contemporary novelists who are experts at portraying troubled people--selfish, neurotic, brutish, and downright evil.

But very few twentieth-century novelists besides Lewis and Tolkien have the power to show us what good people look like--characters with integrity, compassion, courage, and a willingness to sacrifice for others.

I'm sure this ability to portray good characters convincingly is derived from their Christian worldview, a sense that ultimately, it is not evil or chaos, but Goodness that reigns in the universe.

Ed: Prior to your novel, what scholarly and non-fiction books did you write about Lewis and friends?

David: I've written four scholarly books on C. S. Lewis: Planets in Peril (1992), a critical study of the Ransom trilogy; The Most Reluctant Convert (2002), an examination of Lewis' journey to faith; Into the Wardrobe (2005), an in-depth overview of the Narnia Chronicles; and Into the Region of Awe (2005), a study of how Lewis' wide reading in Christian mysticism enhanced his own faith and enriched his imaginative writing.

Ed: What was the inspiration or genesis for your novel, Looking for the King?

David: When I speak on Lewis, Tolkien, and their friends, I am often asked, “Wouldn’t you love to be a fly on the wall at an Inklings meeting?” or “What I wouldn’t give to share a pub lunch with C. S. Lewis!”

I am well versed in the biographies and letters of the Inklings, so I have sometimes wondered if I could help readers imagine what it might be like to meet these people in person.

Then, a few years ago my wife and I visited Somerset and Cornwall, and we were fascinated by all the Arthurian sites, especially the local tales that the Spear of Destiny, the lance that pierced the side of Christ, might be hidden somewhere in England. So I decided to create my own tale in which we meet the Inklings back in 1940, along with some adventure and romance to keep the story moving!

Ed: How much did you draw upon research for previous books, and how much of your research was specifically for the novel?

David: I was already well acquainted with the biographies, letters, and primary works of Lewis, Tolkien, and Williams. But when you are writing a novel, you have to go back and look at all your sources in a new way.

I had always focused on the Inklings' stories and their shared ideas. But writing an imaginative work raises a whole new set of questions: "What would Lewis wear on an afternoon hike?"; "What did Tolkien's study at home actually look like?" "Did Charles Williams have a distinctive lecturing style?"

So I had to go back and reread all my source materials in a new way. It was truly a delight and an adventure to research the Inklings as actual people, not just as creators of stories!

Ed: Any plans for another Inklings novel?

David: Yes, I did leave room for a sequel. If you look at the end of Looking For The King, you will notice that Tom McCord thinks he might be returning to England in uniform. And Laura Hartman wishes she could enroll in one of the women's colleges at Oxford.

So, yes, Tom and Laura might be reunited in a sequel, facing new riddles and new dangers and again needing to call upon Lewis, Tolkien, and Williams for assistance!