One-on-One with John Inazu on ‘Uncommon Ground: Living Faithfully in a World of Difference’

In a fragmented world, our faithfulness to the Gospel and to each other may be louder than our words.
Ed Stetzer 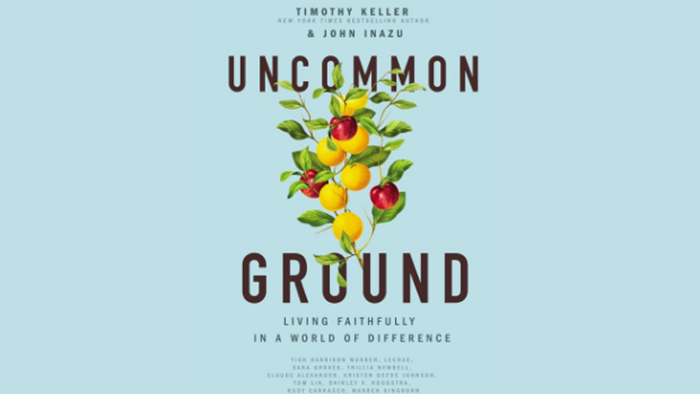 Image: Thomas Nelson
I am glad to welcome John Inazu to The Exchange. Inazu is the Sally D. Danforth Distinguished Professor of Law and Religion at Washington University in St. Louis, as well as the executive director of The Carver Project. He is the author of two books and frequently writes on topics of pluralism, assembly, free speech, religious freedom, and other issues. This past March, we recorded a podcast with John Inazu where he discusses religious liberties. Today he joins us to discuss his latest release, Uncommon Ground: Living Faithfully in a World of Difference, which he co-edited alongside Timothy Keller.

Ed: What do you mean by Uncommon Ground?

John: Christians can and should be able to find common ground with others, even when we don’t agree on the common good. But finding common ground is surprisingly uncommon.

Ed: What does it mean to be a translator in today’s culture that lacks a shared Christian vision?

John: We need to take the good models from global missions in the 1980s (there were some bad models, too) and realize that the mission field has now come to us. Think about how people would prepare for missions by learning a new culture and language and context. It’s no different here. The people we’re trying to reach may look like us and speak the same language, but we still need to prepare in the same way for the process of translation, and that means knowing the people with whom we are engaging.

Ed: How do you feel we need to behave or speak to interact with those with whom we disagree?

Ed: How does speaking with both conviction and empathy help us in discussing differences?

John: Our mode of engagement matters as much or sometimes even more than winning an argument. I don’t think the Gospel calls us to win; it calls us to faithfulness. And sometimes that means we’re going to feel ineffective. But our posture of faithful engagement is one that reminds us to treat others as image bearers. We should be known as people who engage graciously with others, who are slow to speak, quick to listen and choose our words carefully.

Ed: What are some Scriptural examples of how Jesus handled uncommon ground?

John: Jesus routinely risked social condemnation for the people he encountered in the margins – the tax collector and the Samaritan woman, for example. He would draw near them and model compassionate engagement, even as the religious leaders looked at him with suspicion. But he was always true to who he was and that’s also important for us as Christians. We need to know whose we are and what we believe.

Ed: If you could relay one message, what would it be?

John: We should be the people of hope and confidence and not the people of fear and anxiety. I worry that there is a kind of fear or anxiety narrative in many Christian circles today that causes us to behave differently than we might be doing if we lived into the confidence of the Gospel. We know how the story ends and we know that we can place our trust in the Person of Jesus, and with that kind of hope and confidence, we should be leading the way in engaging a world of difference rather than responding out of fear.

One-on-One with John Inazu on ‘Uncommon Ground: Living Faithfully in a World of Difference’