God has more work to do in us.
Jeff Christopherson 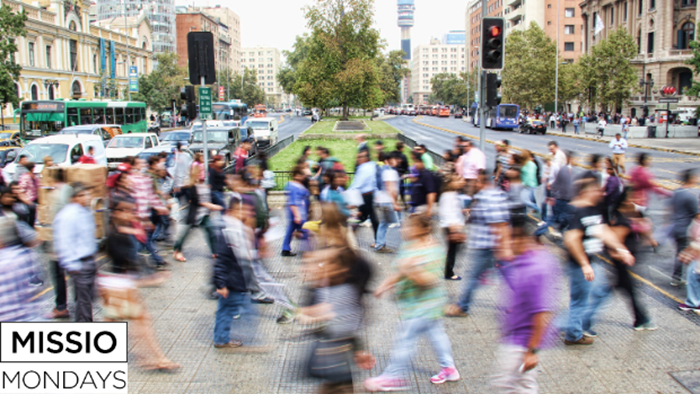 The country was divided into three culturally distinct sociological groupings. There were those with power. For the most part, these were ungodly, corrupt, and self-serving leaders who craved power for power’s sake and would do anything to be near it, to seize it, and to keep it. There were those with religious power. Often, these leaders would carefully craft messages that played well on both sides as they nurtured their sacred/secular influence – largely for their own benefit. And there were those with no power. This vulnerable class ranged from sincere and devout God-fearing citizens, who earnestly desired to live with principled fidelity, to the piously pragmatic, who were easily manipulated by their own appetites for personal security and economic wellbeing.

This was the world to which Jesus introduced his worldview. His Kingdom ethic found no appeal to those with power – it was an affront to the political class who saw no need to forgive or be forgiven. It also was uninviting to those with religious power as it reordered the nature of true spirituality from the outwardly superficial to matters of internal motivation. To those without power, but who craved the security that worldly power brings, Jesus’ words were nonsensical – offering little in practical expediency. But to those who were hungry for a life of spiritual and physical congruency, Jesus’ words were light and truth and hope all wrapped up in one awe-inspiring heavenly revelation of a sermon.

So, what about today?

I am convinced, that today, in this moment, there is a growing hunger for a gospel message of spiritual, physical and social coherence that is greater than any other season in living memory. As religious memory has been wiped from geography after geography, its vacuum has been filled with a longing for purpose, for meaning, for the eternal. This hunger can be seen marching on the streets for a more evenhanded justice. It can be heard in the longing voices which selflessly intercede on behalf of others. And it can be felt in the angst of bewildered advocates who bolster heartbroken mourners of sons wrongly taken.

And, where are we?

Our social media feeds that are peppered with indignant evangelicals justifying, excusing, blaming and dodging seem to declare that we are completely detached and oblivious to the eternal hunger that surrounds us. Like the religious leaders in Jesus’ day, too many of us seem preoccupied with what we might lose to ever give serious thought to what God might be doing.

How then should we live?

There are eight postures which were articulated by King Jesus as he distilled the substance of his counter-cultural reign into eight beautiful other-worldly character postures. Last week, we examined the first four in Part 1:

1. Cultural Humility. The world needs to see evangelicals as humble-hearted Christ-followers who have put to death our self-righteous postures, and acknowledge that we, too, have no standing before God other than the gracious grace of Jesus Christ.

2. Vicarious Empathy. The world needs empathetic evangelicals that are marked by a genuine grief toward those affected by injustice.

3. Positional Advocacy. The world needs to witness selfless evangelicals who channel their power to those who are powerless.

4. Righteous Distress. The world needs evangelicals who are personally desperate for justice to reign in every sector of society.

To the degree that we, as evangelicals, demonstrate cultural humility, vicarious empathy, positional advocacy, and righteous distress, we will begin to find footing. Our hearts will soften, and we will begin to see the world as it is – as Jesus sees it. But our perspective is still incomplete.

God has more work to do in us.

5. Grace-filled Generosity. The world needs to see merciful evangelicals that demonstrate grace toward those who don’t meet our standards, being fully aware that we do not come close to meeting God’s requirements. Who should be the most merciful, generous and forgiving people in society? Surely anyone who has been forgiven for committing a capital offense. Romans 3:23 and 6:23 says that I am the condemned who was mercifully forgiven. Shouldn’t the “mercy-ed” instinctively be merciful?

So, we as God’s people, are divinely required to dismount our high horses of self-righteousness and vividly recall our own crimes that crucified the sinless Lamb of God. With that memory front of mind, we look at the harvest fields with different eyes. Our instinctive scripts naturally morph from an angry “law and order” to an empathetic “justice and equity.” We become inherently merciful, because we, ourselves, have been shown infinite mercy.

6. Introspective Sincerity. The world needs repentant evangelicals who have an honest grasp of our own shortcomings and fully desire God’s mind to inform our perspectives. To be “pure in heart” requires a continual renewing of the mind. This “new mind” (meta-noia) is a repentant mind. It allows everything that doesn’t conform to the image of Christ to be burned away. The pure heart that remains is the mind of Christ – we have His perspective on all things.

But Jesus’ perspective seems difficult to understand when forced to peer through the hardwood of a cultural log. Today, evangelicals embracing Jesus’ requirement of introspective sincerity will be labeled ‘lefties’ and ‘liberals’ – they will be maltreated and publicly diminished. Their advocacy for sensitivity toward the vulnerable will not be accepted by those who cannot seem to recall ever receiving mercy. Those who look at this moment exclusively through a socio-cultural log can only see a culture war. For these culture-warriors, it is a battle to be won, not an opportunity to learn, understand, repent, and heal. And just as Jesus promised, they will not see God.

7. Unifying Respect. The world needs “peacemaking” evangelicals who have spiritual instincts to unite communities instead of further exacerbating existing divisions. To be peacemakers, we start with personal humility and mutual respect toward others because we have already come to grips with the fact that we, ourselves, are destitute in spirit. This unifying impulse marks us as distinctive from the cultural tribalists who trade in dispute, discord, and division.

What greater example of unifying respect can we envisage than the Author of Creation sacrificing himself on our behalf so that we might have peace with God. In fact, Jesus said that those with the instincts for peacemaking will be recognized as “sons of God.” So, when evangelicals are recognized by the world as instigators of division (again, not for our boldness in declaring the gospel of grace, but for our insistence on maintaining cultural preferences) whose spiritual children are we perceived to be?

8. Prophetic Resolve. The world needs prophetic evangelicals who are willing to pay the high price for standing for Kingdom of God instead of yielding all allegiances to religious, cultural, or political kingdoms in order to retain cultural dominance. Jesus incentivized prophetic resolve by promising that those who are “persecuted for righteousness” are themselves partakers in the kingdom of heaven.

So, Jesus calls his people toward prophetic resolve. And yes, there will always be a price to pay when choosing the Kingdom of God over the sacred fiefdoms of men. Many that I know are paying that price now. Many more will lay down their livelihoods, credentials, and reputations when they raise their prophetic voices and speak for their ultimate patriotism. Earthly persecution always follows Kingdom allegiance, we should not be surprised by that. Perhaps our surprise should come when we find no friction, no quarrel, and no persecution from a religiousy culture that isn’t marked by Jesus’ counter-cultural values.

So, what does the world need from evangelicals right now? It is an either/or prospect. They need to either see us as representing Jesus’ Kingdom, or not see us representing at all.

[2] In Matthew 18, Peter wanted to know the limits of his forgiveness responsibility. In Jesus’ answer recorded in vs. 22-35, he turns the equation upside-down. In Jesus’ Kingdom, mercy is not optional behavior, but is in fact the patriotic fruit that validates our citizenship.