It is not difficult to see that our reputation as evangelicals has some challenges.
Jeff Christopherson 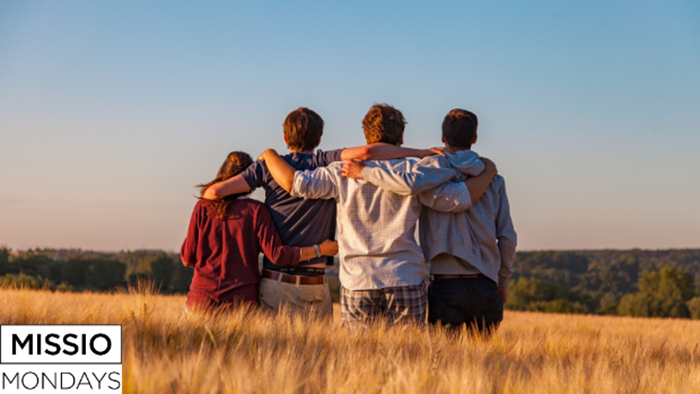 It seems that in recent years, the world’s appreciation for evangelicals has fast eroded - and perhaps not for the right reasons. It’s not our bold and faith-filled proclamation of the gospel that has been so off-putting – persecution for that, we should wear as a badge of honor. No, it’s something less inspiring, less noble, and less selfless. It seems to boil down to drawing lines and choosing sides in a culture war.

And now, it is not difficult to see that our reputation as evangelicals seems to range somewhere between a bland net-neutrality of public helpfulness to a raging dumpster-fire of self-interest that is unceasingly poured out over red-hot cultural coals. Many of us see the shockwaves of damage emanating from those of us who have confused our spiritual allegiances from an eternal Kingdom to a lesser more sensual political/cultural kingdom. We see it, and we do not want to share in the same corrupting exchange.

So, what should be our response?

What does the world need to see in those of us who claim the Kingdom of God as our highest loyalty? What does the world need to hear from those of us who actively struggle to resist the fleshly gravitational pull toward selfish cultural tribalism? What signals must be sent with unmuddled clarity to a world that increasingly doubts the spiritual authenticity of our motivations or the righteousness of our actions?

With the confidence and conviction coming from the words of Jesus, allow me to articulate eight cultural postures that we, as evangelicals, must wholeheartedly embrace if we are ever to regain a credible voice. These eight postures were first articulated by our Kingdom’s King as he, through the weakness of preaching, distilled the substance of his counter-cultural reign in eight, beautiful, other-worldly character postures.

1. Cultural Humility. The world needs to see evangelicals as humble-hearted Christ-followers who have put to death our self-righteous postures, and acknowledge that we, too, have no standing before God other than the gracious grace of Jesus Christ. We are altogether “poor in spirit” and any strutting of personal virtue before men is an afront to the sacrifice made by a holy God. We claim no superiority, no preeminence, no ascendancy. We are, as evangelicals, a ragged, tattered collection of sin-stained, spiritual under-achievers. Any virtue coming from our lives is Christ’s life lived out in me. And so, being “poor in spirit”, we enter the cultural dialogue quietly. We don’t have the first word. We don’t demand the last word. With great humility we listen with open and learning hearts. In this, Christ prepares us for the next action that he will require of us.

2. Vicarious Empathy. The world needs empathetic evangelicals that are marked by a genuine grief toward those affected by injustice. As my friend Dhati Lewis often says, “A problem isn’t a real problem until it becomes your problem.” He is saying that problems aren’t really problematic until we personally experience their consequences. For centuries, we as evangelicals have been on the wrong side of history when it comes to racial justice, and once again we find ourselves teetering there again. We cannot seem to “mourn” with those who are afflicted, instead we find all kinds of ways to legitimize the positions of our hardened hearts as we dig into the histories of the victims to find some way to justify their abusers.

But Jesus calls his people to be “mourners” of injustice. To show empathy for those who have long endured personal mistreatment, overt discrimination, and dehumanizing prejudice. When someone holds up a sign that says, “Black Lives Matter” – I cannot imagine Jesus retorting, “All Lives Matter!” If my daughter had a bad day and asked me, “Daddy, do you love me?” – how could I answer her with, “Of course, I love all people.” That is not a response of love. If a good friend called me in an emotional state and said, “My dad passed away suddenly last night.” It would not be a response of love to state a truth like, “Well, all parents die.” Mourning requires empathy. Empathy requires selfless love. And selfless love requires us to be “poor in spirit.”

3. Positional Advocacy. The world needs to witness selfless evangelicals who channel their power to those who are powerless. The world is accustomed to evangelicals grasping for power – in many ways it has sadly become our defining signature. But it would seem that our lust for power contradicts the very nature that should characterize the people of Jesus’ Kingdom – “meekness.” Since “meekness” speaks of strength under direction, it follows that evangelicals should leverage their power, not for themselves, but directed on behalf of those who “mourn.” Our political cause would be for justice, not for power as a dark end unto itself.

Our call to display a culture of “meekness” also requires a transference of power by evangelicals. It seems that the public perception of us as evangelicals is that we are white – but that is an incorrect opinion. Within evangelicalism there exists incredible ethnic diversity. Many denominations are starting new churches of which the majority are not white, but are African American, ethic, and multi-cultural. But our face is still white. And as long as we keep the power, biblical ‘meekness’ might never be the way the world would describe us.

4. Righteous Distress. The world needs evangelicals who are personally desperate for justice to reign in every sector of society. Jesus describes the culture of his people as ones who “hunger and thirst for righteousness.” The righteousness that we yearn for is the Gospel working its way through my life and correcting everything that doesn’t look like Jesus. But that internal correction always has outward ethical implications. I cannot “hunger and thirst for righteousness”, and at the same time, be comfortable and at ease with the unrighteous injustice that exists around me. There is no comfort with injustice. It causes distress. We “mourn”, but we also move.

Our righteous distress turns our attitudes into actions. We are no longer quiet when seeing or hearing of injustice. We speak with the authority of Christ. When darkness spits its ugly venom – further marginalizing people or groups – the Christ follower demands an accounting. Who agrees with this? Certainly not anyone who claims to bear the name of Christ.

Can evangelicals regain credibility among a world that is desperate for the Good News we claim to know? Perhaps. To the degree that we demonstrate cultural humility, vicarious empathy, positional advocacy, righteous distress, (and the four other counter-cultural characteristics of Kingdom people we will look at next Monday) we will find footing.

Until then, may God give us the grace to do nothing from selfish ambition or conceit, but in humility count others more significant than ourselves.

[2] Dhati Lewis is Vice President of the Send Network (NAMB) and pastor of Blueprint Church, Atlanta.

[3] It appears to be that many evangelicals have thrown the baby out with the bathwater in this discussion. While certainly the organization of BLM stands for some positions that are well outside the scope of orthodox Christian beliefs, by sympathizing with the longstanding pain that had forced #BlackLivesMatter to even exist, we express our solidarity with those who have been unfairly victimized and without a voice. Much in the same way many will vote for a #Democrat or a #Republican, even though the party platforms hold positions to which many would not find agreement. The weight of history needs to declare a truth that should have always been obvious – black lives are not expendable. The attempt to counterbalance this statement misses the point entirely.