Race, Gospel, and Justice, part 5: A Conversation with Esau McCaulley

Discussing how to address issues of race and justice with an African American New Testament scholar.
Ed Stetzer 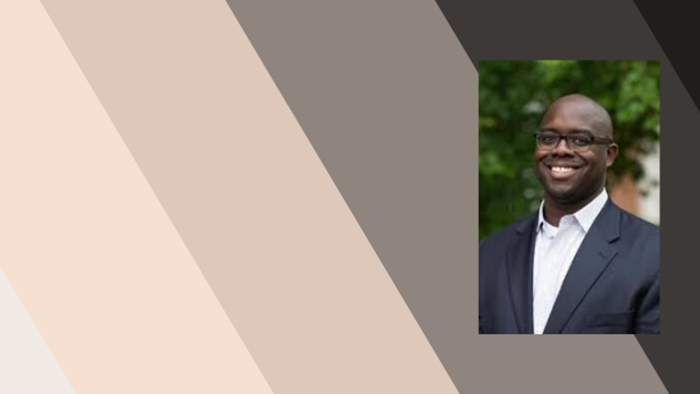 Image: Photo by Katherine Benware
We have all been stirred by the events surrounding the death of George Floyd as well as the protests happening across the country. Last week I wrote about it. To better understand the reaction to his death in cities across our country and to think better about how we can respond as believers, I interviewed my colleague and friend Esau McCaulley on Ed Stetzer Live. All parts of this series came from that show, edited for clarity and brevity.

Esau is Assistant Professor of New Testament at Wheaton College and a priest in the Anglican Church in North America. You will want to read his new book Reading While Black: African American Biblical Interpretation as an Exercise in Hope that comes out in November of 2020. The following multi-part series will walk us through that important interview. You can find Part One here, Part Two here, and Part Three here and Part Four here.

In this part, I largely restated questions from callers and have listed them here as my restatement or questions.

Ed: I come from a law enforcement family. I know they want to see the bad cops weeded out. What are your thoughts on police, service, training, etc.

Esau: I want to recognize that law enforcement, along with military and any other public service, is an incredibly difficult job. They often see humanity in broken situations.

I am very hesitant to give policy recommendations because I'm not a policy maker. But that's the reason why God created the body of Christ, so that Christians can go into politics and make laws that are just.

I can say this, though: This is where a church can come on. All of those churches who publicly support our military and police officers and the fire department, I wonder how much we value that in actual local communities. Do we want our sons and daughters to become police officers, or do we like police officers in the abstract?

Are we as churches saying, "We need Christians in these areas who understand the gospel and who understand what a human being is, who can then be salt and light in those professions."

I think that what we encourage instead is our children to go into safe middle-class, comfortable jobs. One of the things that the church can do is actually not simply publicly support people who are police officers, and simply vote for candidates who use that rhetoric, but actually join the police force, and encourage it as a public good. And begin to provide counseling and resources and ministry to those people.

You have to understand what it must mean to be a police officer, and to go into communities week after week, and see people in very difficult situations. What kind of pastoral care does that person need in order to continue to return to that community, and still see the people, even if they are engaging in illegal activity, as bearers to the imago Dei?

What I'm asking is: Are we actually discipling and supporting our actual officers in our churches in the way of Jesus so that they can say, "How is my Christian faith allowing me to police differently?"

Or, are we simply supporting the politicians who say they support the police? As a Christian what you can do today is actually begin a ministry to the people who serve.

I also want to say I believe 99 percent of police officers would not agree with an officer putting his knee on another person's neck until death. So the question isn’t just of this incident. The question is a wider approach to policing and community relations that is beyond a New Testament scholar’s competence, but I can point out injustice when I see it. I can see patterns of injustice and call upon those entrusted with government to come up solutions that satisfy our communities.

Ed: On antoher topic, at Wheaton College (and in evangelicalism), we hold the word of God in very high esteem as inerrant and infallible. Yet, my interpretation is not inerrant. I recognize that when I read the book of Exodus, I have a different engagement with the book of Exodus than someone who's descended from slaves. It does change the text or the meaning from its authors, but it certainly impacts our perspective, from where we view it.

Tell us about reading and interpreting the Bible from our contexts.

Esau: When I first came into the academy, I said, "I need to learn my Greek and Hebrew so I can interpret the Bible and take it back to the community that I came from." Then I got to the academy and recognized the real problem was that people didn't understand the African American interpretative tradition, and that too often our way of reading the Bible was disdained.

Part of the reason I wrote Reading While Black: African American Biblical Interpretation as an Exercise in Hopewas to present our way of Bible reading to the wider world.

The book was written in the context of a new generation of black protests, which have been going on for the last few years. I hear people explicitly saying, "This is not your mother's or your father's civil rights movement. This is something different." I said, "No. The African American move for justice has often been rooted in our reading of the Bible, which is a source of hope."

Ed: Finally, what about the next generation? Is there hope?

Esau: Let me say one thing theologically, and the other thing practically.

First, we need a biblical understanding of culture. A tendency in evangelicalism is to say, "Well, I don't see color. I only see the person." That is actually a sub-biblical idea. When you look at the book of Revelation, it says that every tribe, tongue, and nation will be worshiping around the throne of Jesus.

One of the things that happens so much is that African Americans don't get to hear about their culture from Christians in majority white spaces. They have to go to people who hate the Scriptures, and say the Scriptures are oppressive. Then they go, "Oh. If I want to value my story, I need to dump the Scriptures, too."

We want to give people the ability both to affirm their culture and affirm the Scriptures as God's Word.

Race, Gospel, and Justice, part 5: A Conversation with Esau McCaulley